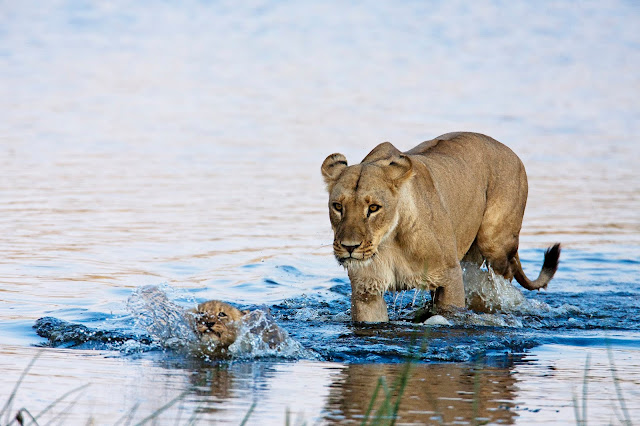 Nat Geo WILD presents an entire month dedicated to nature’s fiercest felines—big cats—creatures of magnificent strength, ferocity and beauty that are rapidly facing extinction. With visually stunning and powerful stories from around the world, we get closer than ever before as we share in their triumphs, defeats, and epic struggles to survive.

Today, these majestic creatures are some of the most threatened species on Earth. During Big Cat Month we will come face-to-face with these iconic animals, as WILD shines a light on their struggle and reminds viewers of their importance in the world.
Each week in February will be dedicated to a different big cat: lions, leopards, pumas and tigers. Every Sunday at 6pm we’ll premiere a ground-breaking documentary that will show a new side of these fierce felines.

Premiere highlights include Man vs. Puma, when host Boone Smith observes pumas hunting penguins in Patagonia. Clash of the Tigers follows the extraordinary tale of a strong-willed mother tiger who risks everything to rear her young cubs, and Regime of the Queen puts a spotlight on the role of the lioness in a pride.

Dereck and Beverly Joubert’s Birth of a Pride follows the extraordinary journey of lions returning to a reserve in Botswana as they grow from a single female and her cub into a fully formed, majestic hunting pride. Leopard Kingdom tells the tale of Karula the leopard, who ruled her South African kingdom for over a decade, and the struggles among her successors.

More than a television event, Big Cat Month is an extension of the Big Cats Initiative, a long-term commitment by the National Geographic Society to halt the decline of big cats in the wild. This global programme actively supports on-the-ground research and conservation projects to protect the planet’s top felines. For more information on the Big Cats Initiative and how you can get involved, visit NatGeoBigCats.org. 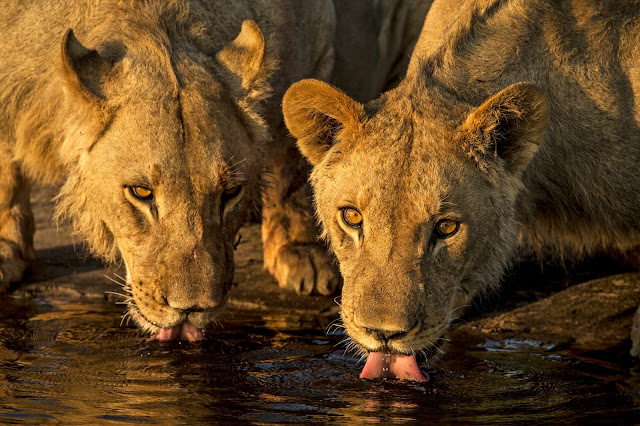 Birth of a Pride
Premieres Sunday 3rd February at 6pm
In Selinda, Bostwana, lions had been hunted to near extinction but, thanks to conservation, the number of lions has grown from two to over 60. Witness an incredible and heartwarming story of survival through the eyes of the lions that beat the odds. Follow six cubs as they navigate the world and learn to hunt, socialise and survive in the now flourishing wilderness.

Leopard Kingdom
Premieres Sunday 10th February at 6pm
Karula, the Queen of Djuma, reigned over South Africa's Sabi Sand Reserve for over a decade. Throughout her rule she endured droughts, attacks on her territory, and staved off hunger. She had three suitors, six cubs, and five grand-cubs. Her kingdom was strong, but now she is gone. Between Thandi, Shadow, and Xongile - three of Karula's eldest daughters - a new queen will take the throne. But when an interloper finds his way into their domain and aims to take the thrown for himself, will the sisters put family first?

Clash of the Tigers
Premieres Sunday 17th February at 6pm
Two royal Bengal tigers in Ranthambore, India, are sisters, natural born killers, granddaughters of the most famous queen tiger in the world and heirs to her magnificent throne. They live in a paradise that is one of the last tiger sanctuaries on Earth. And they want only one thing: to remove their mother, destroy the other sister and reign supreme. This is their story.

Regime of the Queen
Premieres Sunday 17th February at 7pm
The lion is the king of beasts but it is the lioness that is the real power behind the throne. She is 135 kilograms of predator, part of a pride that forms family groups that work together to strike down prey and ferociously patrol the boundaries of their territory. The lioness will let nothing threaten her family’s rule. Through creating alliances and ruthlessly eliminating enemies, the land is hers to rule.

Man vs. Puma
Premieres Sunday 24th February at 6pm
Big cat expert Boone Smith travels to Patagonia to observe pumas thriving in the wild under increased conservation efforts. The cats have not learned to fear humans, making this the one area in the world where people can observe their behaviour up close. Once there, Boone is fascinated to watch the pumas hunting penguins, an incredibly rare behaviour. The tables are turned when a big cat starts to stalk HIM and he comes face to face with a hungry mother on the hunt.