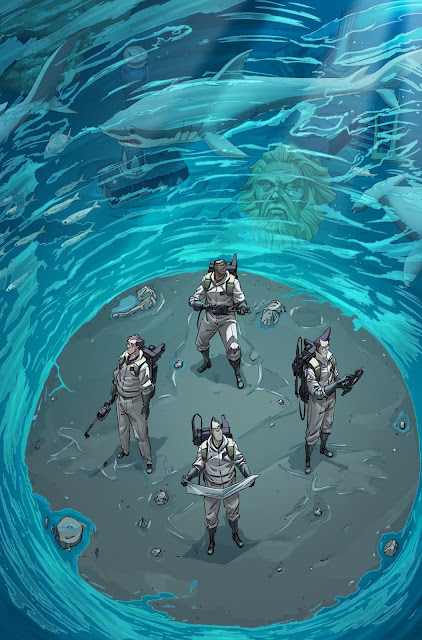 Are you troubled by strange noises in the night? Do you experience feelings of dread in your basement or attic? Have you or your family actually seen a spook, specter, or ghost? If the answer is yes, then four fearless Ghostbuster teams are here to serve your supernatural elimination needs, courtesy of IDW!

In celebration of the 35th anniversary of Ghostbusters, IDW Publishing will release a different Ghostbusters comic weekly in April, each focusing on a different team, including the original “Prime” team from the classic film, the Real Ghostbusters of 1980s cartoon fame, the all-female team that “Answered the Call” in 2016, and the next generation of Extreme Ghostbusters!

“Since 2008, IDW has published an amazing library of ‘Busters from multiple dimensions and times, written and illustrated by a diverse crew of mega-talented creators… so what better way is there to celebrate this special anniversary than by showing off the eclectic cast from Ghostbusters projects far and wide?” says Senior Editor Tom Waltz. “Fans, old and new, can again expect the best of the best in full four-color, SLIMERRIFIC glory!”

IDW Editor-in-Chief John Barber says, "Ghostbusters has been an important part of IDW Publishing for more than a decade, and thanks to everybody at Sony and Ghost Corps,  it’s been an amazing eleven years. With Ghostbusters hitting such a milestone anniversary, it’s time to celebrate every facet of the team’s history… and to get ready for everything that’s coming next!"

Ghostbusters 35th Anniversary: Ghostbusters
by Erik Burnham (writer) and Dan Schoening (artist)
First out of the Firehouse are the original ‘busting team of Peter, Winston, Egon and Ray, who have seen a lot of things during their time as paranormal investigators, but the latest case might just turn history on its head! Could it be that they’ve found proof of… Atlantis?

Ghostbusters 35th Anniversary: Real Ghostbusters
by Cavan Scott (writer) and Marcelo Ferreira  (artist)
The Real Ghostbusters keep losing business to a flashy new rival ghost-catching company: SPOOKS AWAY! But there’s something sinister in the neighborhood, and it’s up to Ray Stantz to go undercover to find out who—or what is behind these new supernatural elimination superstars!

Ghostbusters 35th Anniversary: Answer The Call Ghostbusters
by Devin Grayson (writer) and S.L. Gallant (artist)
Do demons get visitation rights? A harried young mother tries to accommodate a stream of otherworldly visitors, intent on paying their respects to her half-demon toddler, and Erin, Abby, Patty, and Holtzman find themselves mediating the custody battle from hell!

Ghostbusters 35th Anniversary: Extreme Ghostbusters
by Jim Beard and Keith Dallas (writers), and Tim Lattie (artist)
Ever wish you could talk to animals? Well, when the furry, feathered, and finny inhabitants of the Central Park Zoo star demanding their release, the people of New York just wish they’d shut up! It’s up to Egon and his Extreme Ghostbusters to free the beasts from their fiendish possession!

The announcement of IDW’s Ghostbusters 35th Anniversary comic book event follows news of a planned Ghostbusters film sequel slated for 2020, set within the continuity of the original two films. Fans of IDW’s “prime” Ghostbusters line should take heart that the original team will return in new adventures leading up to the motion picture.

For information on how to secure copies celebrating the Ghostbusters 35th Anniversary, please contact your local comic shop or visit www.comicshoplocator.com to find a store near you. 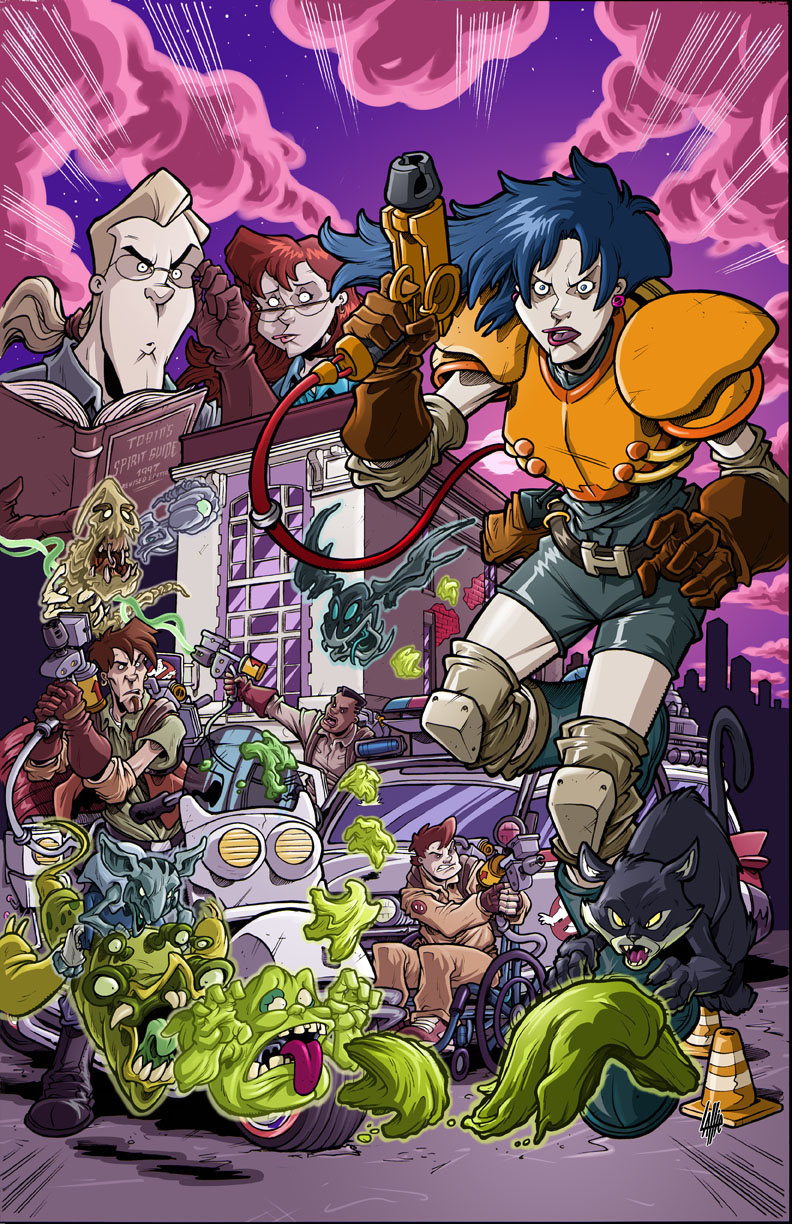 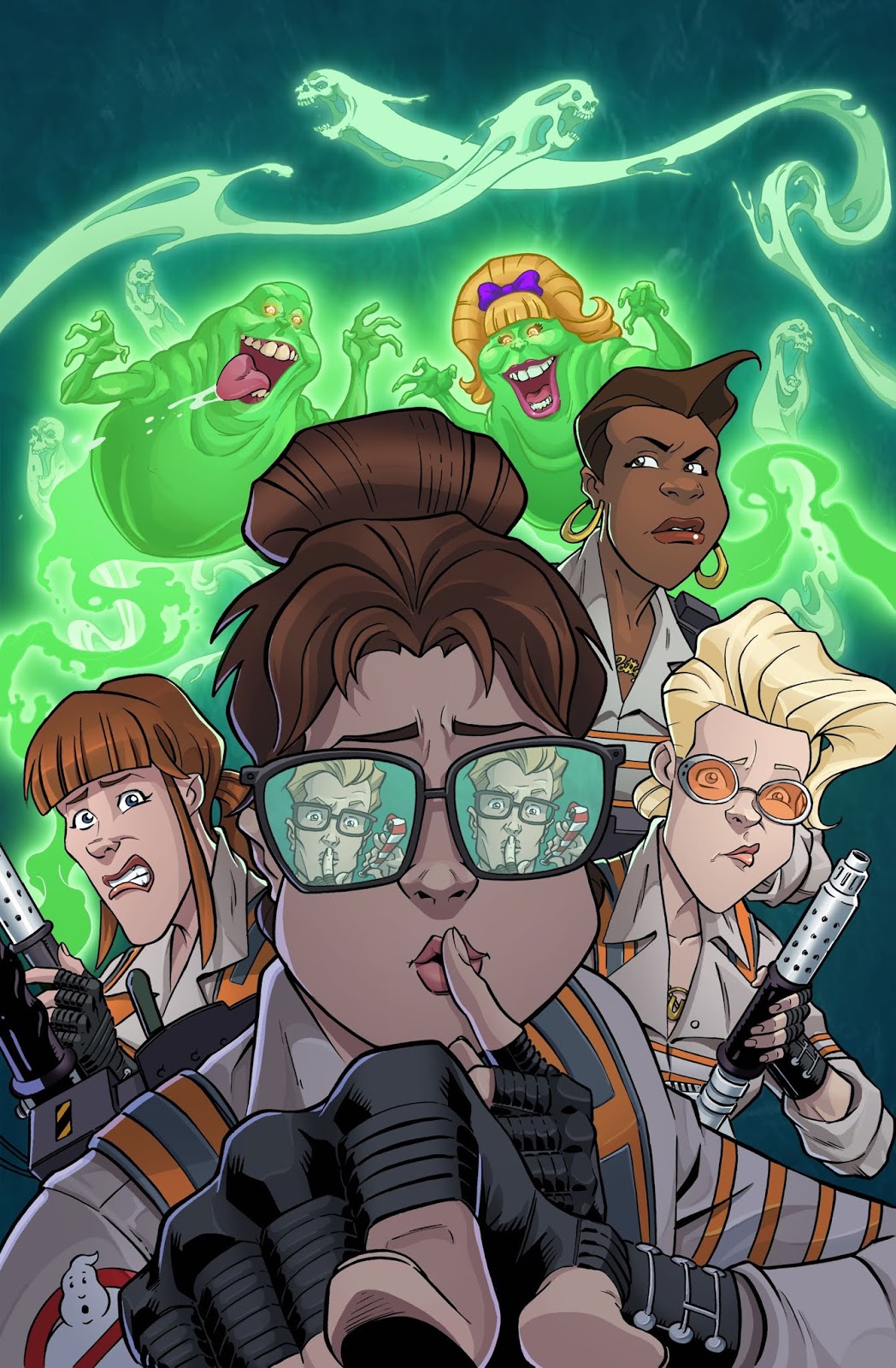 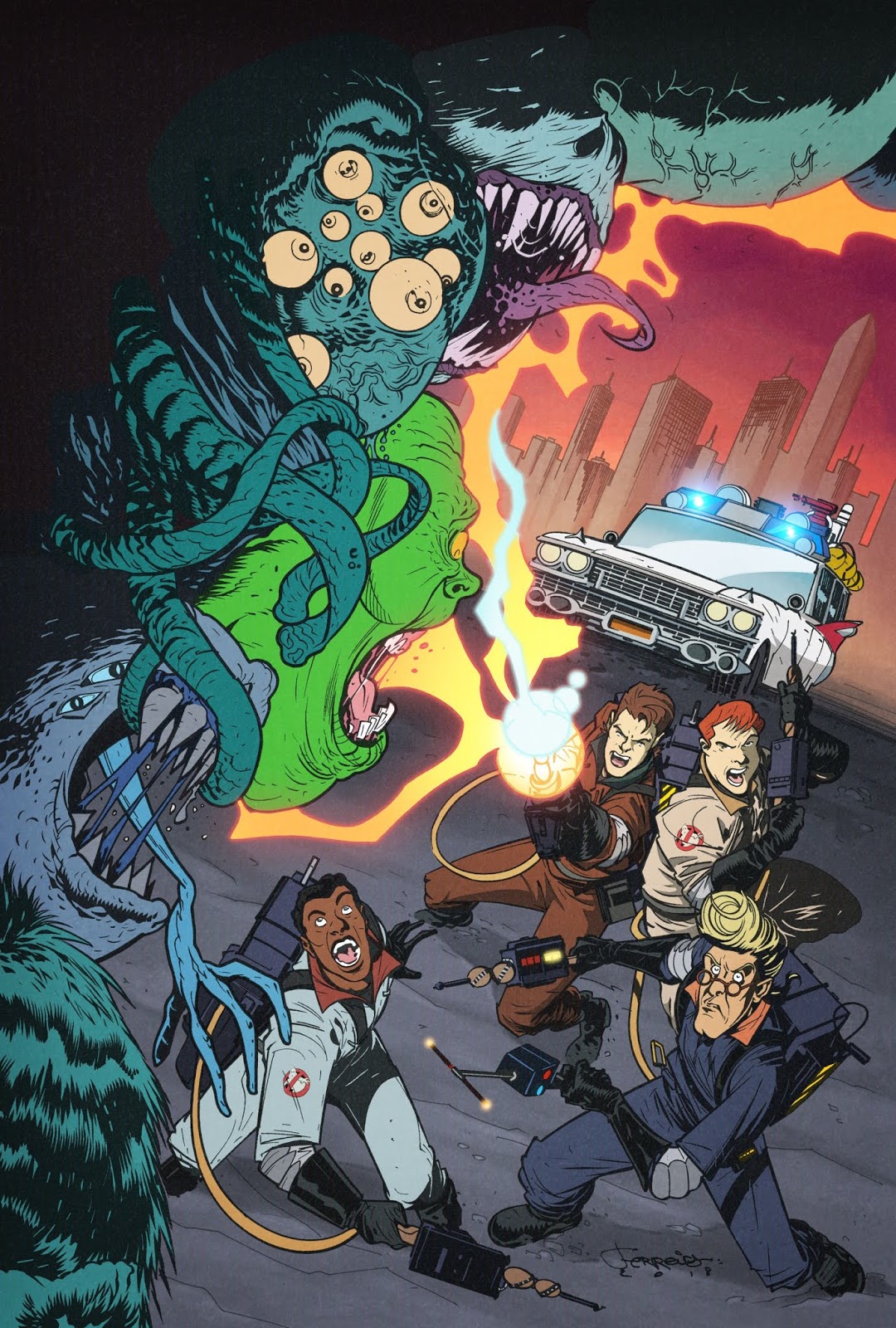