Historical Slayer Graces the Cover of BUFFY THE VAMPIRE SLAYER #4 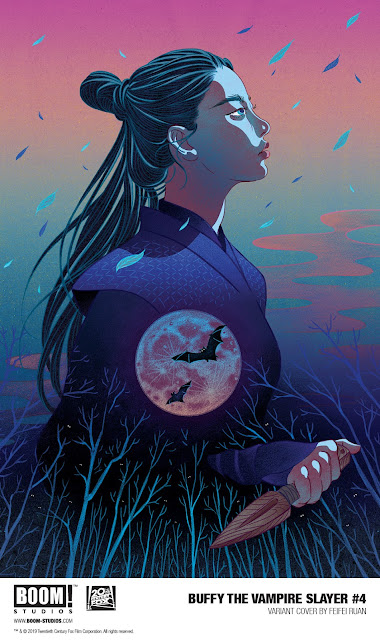 BOOM! Studios has revealed a main cover for BUFFY THE VAMPIRE SLAYER #4 by award-winning illustrator FeiFei Ruan (Descendants of the Crane, Jim Henson’s Storyteller: Giants) featuring the first appearance of a Slayer from ancient eighth-century China.This game-changing issue of the hotly anticipated series will debut in stores April 3, 2019, in partnership with 20th Century Fox Consumer Products. Catch the first appearance of a major character in Buffy’s life in this issue, as well as the life-altering turn of events that changes one character’s destiny forever. 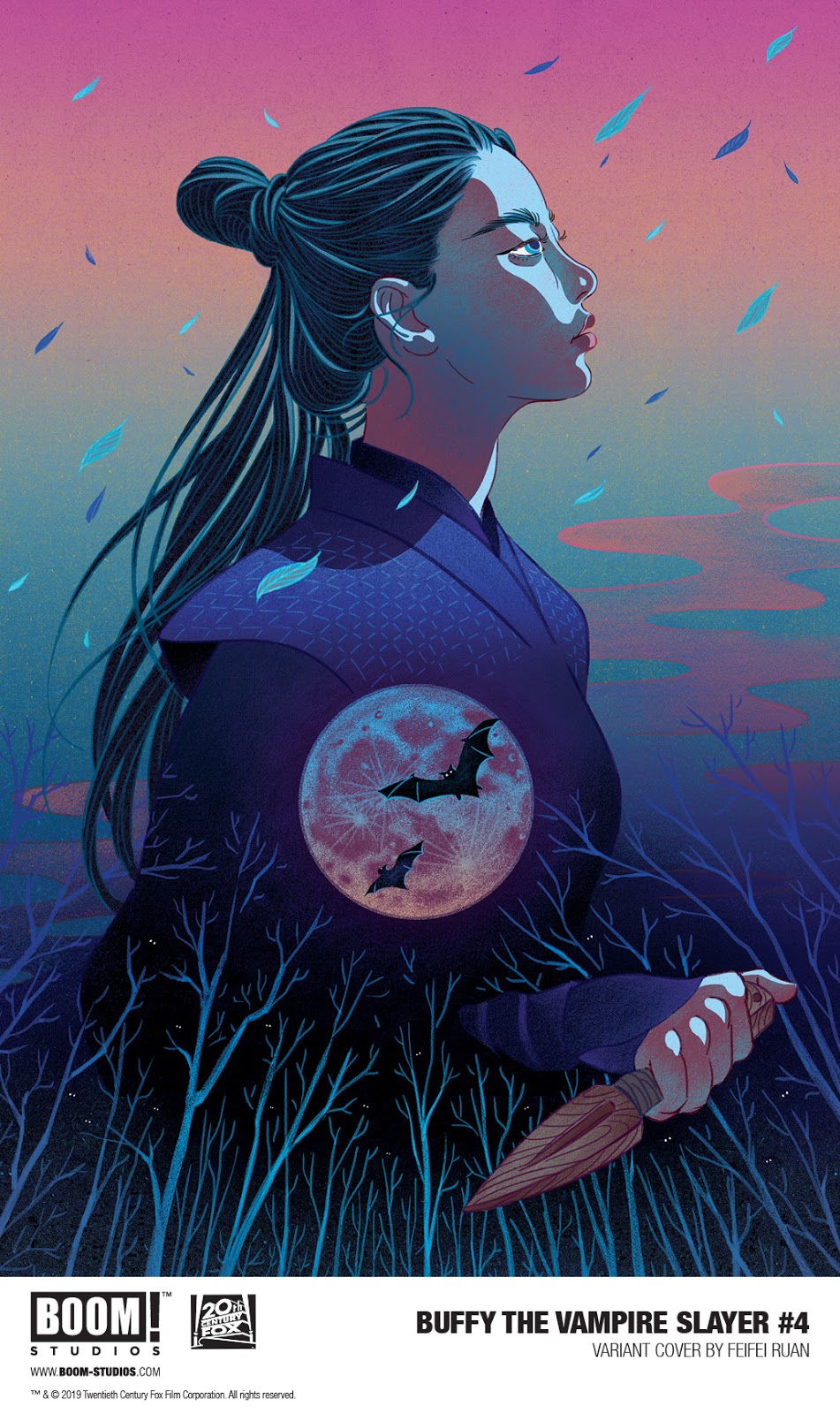