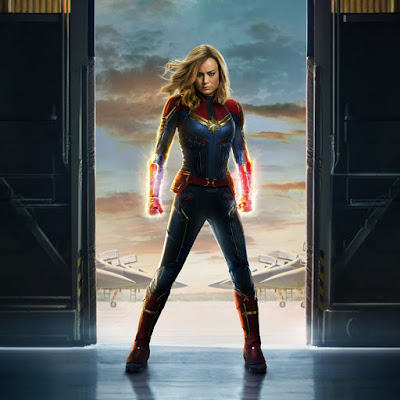 Advance tickets for “Captain Marvel” went on sale on Fandango on Monday 6 p.m. ET, and in its first 24 hours of sales, the highly anticipated blockbuster has taken its place among Fandango’s Top Three MCU First Day Pre-Sellers (alongside “Avengers: Infinity War” and “Black Panther”).

“Captain Marvel” (opening March 8) is beating Marvel Cinematic Universe ensemble movies like “Captain America: Civil War” and “Guardians of the Galaxy Vol. 2,” as well as MCU solo outings like “Ant-Man and the Wasp,” “Thor: Ragnarok” and “Doctor Strange,” in their first 24 hours of presales on Fandango.

“We’re seeing fantastic advance ticket sales for ‘Captain Marvel’ because it’s a historic film for Marvel Studios, one that fans have been waiting to see for a decade,” says Fandango Managing Editor Erik Davis. “As the studio’s first female-driven superhero film, ‘Captain Marvel’ is a benchmark moment for the genre, for the Marvel Cinematic Universe, and for star Brie Larson, who will play the most powerful Marvel superhero to date.”