Stan & Ollie Final Poster Released Along With Behind The Scenes Featurette 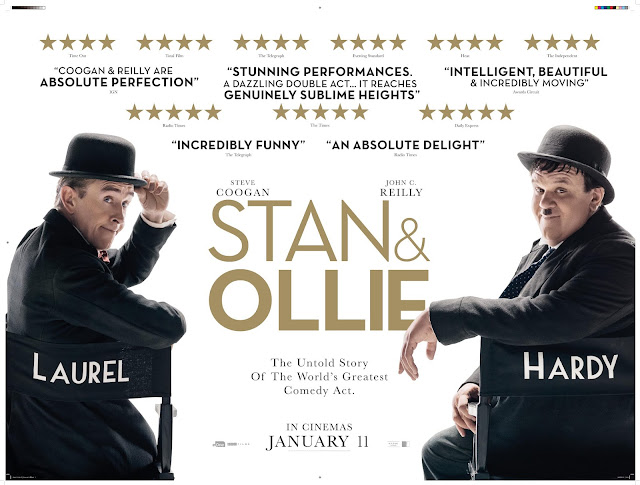 Entertainment One UK has released the final poster for Jon S. Baird’s STAN & OLLIE alongside an incredible behind the scenes featurette looking at the on-screen chemistry of stars Steve Coogan and John C. Reilly and an interview with screenwriter Jeff Pope.

Synopsis
The true story of Hollywood’s greatest comedy double act, Laurel and Hardy, is brought to the big screen for the first time. Starring Steve Coogan and John C. Reilly as the legendary movie icons, Stan & Ollie is the heart-warming story of what would become the pair’s triumphant farewell tour.