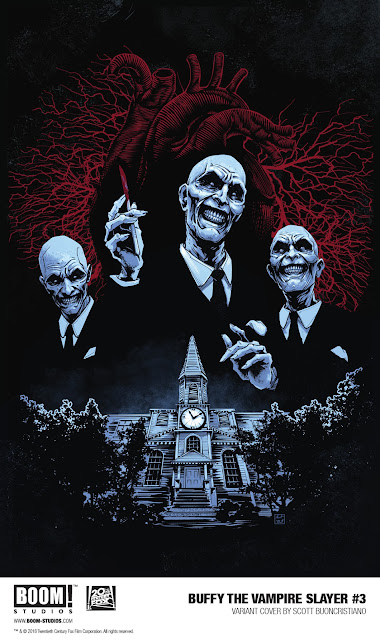 The reimagining of Joss Whedon's groundbreaking series reaches the penultimate chapter of the first arc as Buffy and the Scooby Gang (the name was Xander’s idea, he’s workshopping it, it probably won’t stick) delve deeper into the heart of Sunnydale’s underbelly—and make a shocking discovery about the true nature of the Hellmouth. Meanwhile, Drusilla – AKA THE MISTRESS – sets her sights on Cordelia, as Cordy and Spike find accidental common ground.

“Some episodes of Buffy make you sad or happy or excited or maybe even terrified. But ‘Hush’ made you feel all of them at the same time and it’s one of the reasons it remains a high watermark for storytelling,” said Jeanine Schaefer, Executive Editor, BOOM! Studios. “Scott Buoncristiano’s cover conjures up that emotional stake to the heart perfectly on this cover, as we continue our tribute the best episodes of Buffy.” 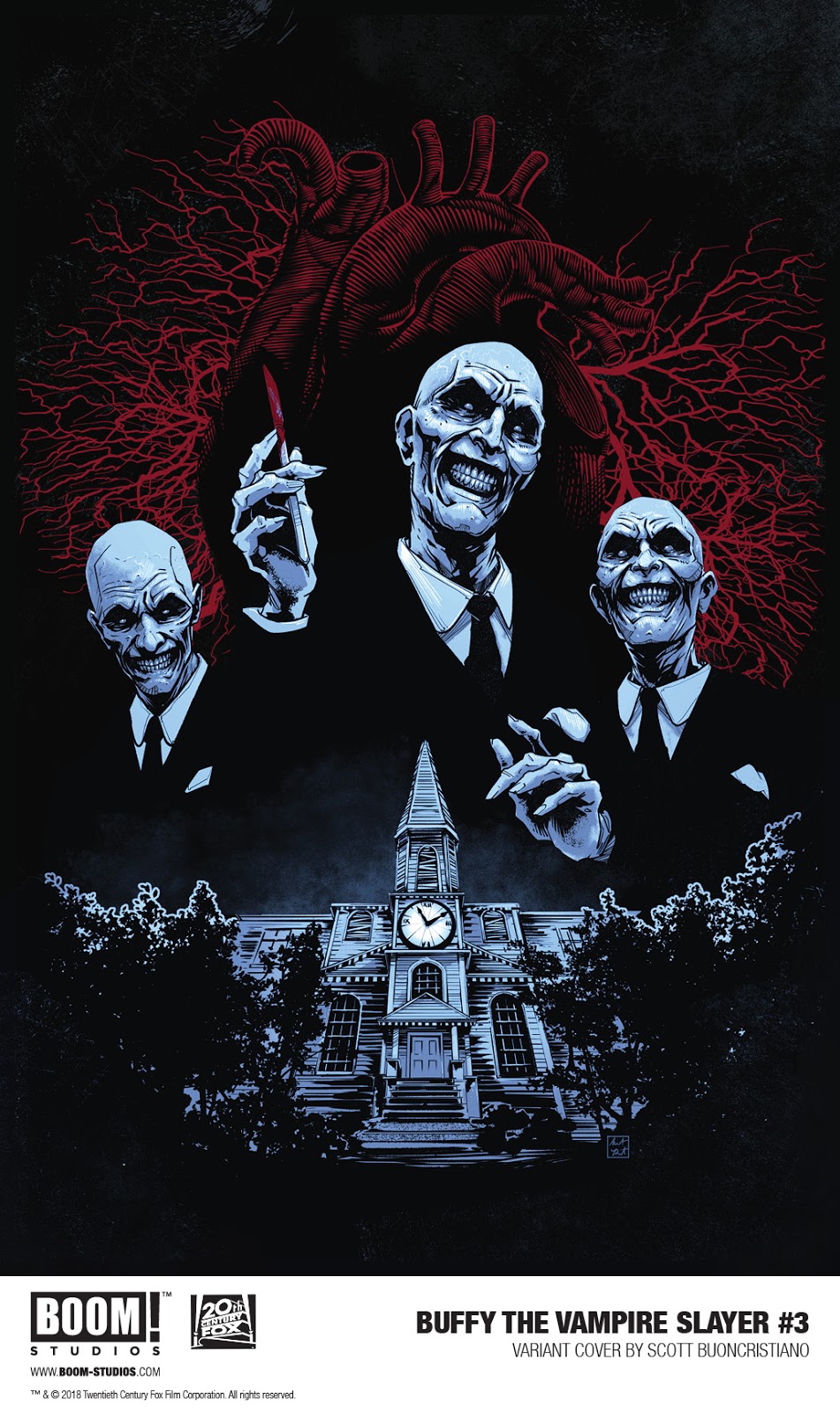