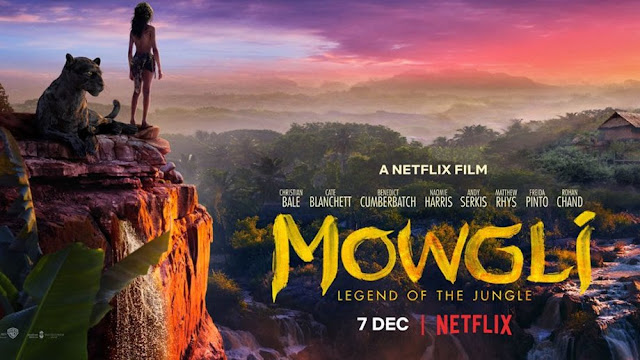 Don’t expect any dancing Bears or Vultures that resemble 'The Beatles' in this Andy Serkis directed adaption of Rudyard Kipling's, The Jungle Book.  Produced jointly by Netflix and Warner Bros, this is an all-star cast film that will take you on an emotional jungle ride.  You will smile, gasp and cry by the time the end-credits roll.

I won’t go too much in to the story, after all it’s based on the collection of tales, The Jungle Book from 1894 but expect the animals to take centre stage.  Mowgli, a 'Man-Cub' is of course the central character but, for me the stand out characters are the wonderful animals that sadly we are in danger of seeing disappear off this beautiful planet due to the interference and greed of Man.

As a cat lover I was particularly drawn to Bagheera, a black panther than nurturers and protects Mowgli as he grows up and at times needs to be hard to be kind for the Man-Cub to learn valuable life lessons.  The main protagonist in the movie is of course Shere Khan, a beautiful Bengal Tiger but at the same time is an ominous foe to Mowgli and relentless in his hate for man.  His life goal is to hunt and kill the Man-Cub who’s parents were killed by the very same Tiger.  Mowgli, as a result of Shere Khan's murderous ways now lives with the Wolves of the Jungle. 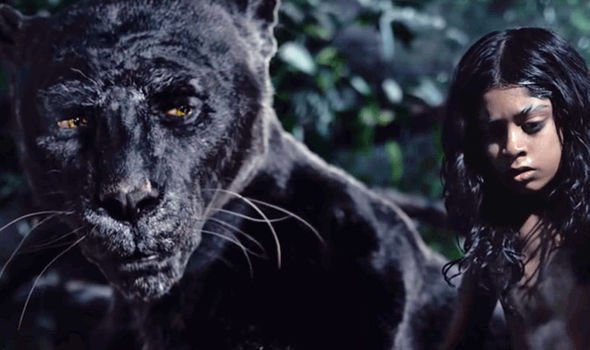 The movie is a treat to watch with sweeping aerial shots of the jungle and colourful scenes that really show off your HD TV.  The cinematography stands out and coupled with the beautiful creatures, make this one of the best looking movie treats of 2018.  Some may say the CGI dips in places, and this is actually kind of true.  But, this is mainly due to the movie wanting to stay colourful throughout.  A victim of its own vision.  Bagherra for example, sometimes looks like a PlayStation cut scene, with his jet black pelt against a few rogue grey hairs.  But don’t let the CGI get in the way.  Instead, sit back, relax and let Andy Serkis with his bundles of talent tell you a wonderful story.  Let the talents of Benedict Cumberbatch, Christian Bale, Cate Blanchett and Matthew Rhys and others lead you through the jungle and the life of a small boy who has difficulty in finding his identify and ultimately fitting in.  A boy who needs a community and a community who discovers they need an individual.

Its a classic story, it's extremely gripping and its wonderfully told coupled with an uplifting soundtrack by  Nitin Sawhney.  Switch off for two hours and enjoy Mowgli.  Take a look at how beautiful our planet is and the creatures we share it with, hopefully for many years to come.