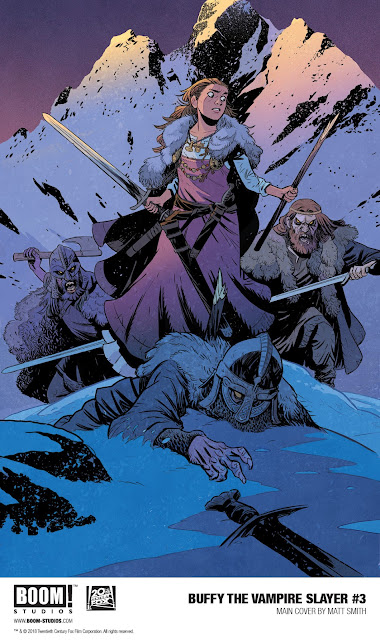 BOOM! Studios today unveiled one of the main covers to BUFFY THE VAMPIRE SLAYER #3 by artist Matt Smith (Jim Henson’s Storyteller, Barbarian Lord), featuring the first appearance of an all new Slayer from times past.The next chapter of the hotly-anticipated series will debut in-stores March 13th, 2019, in partnership with 20th Century Fox Consumer Products.

The reimagining of Joss Whedon's groundbreaking series reaches the penultimate chapter of the first arc as Buffy and the Scooby Gang (the name was Xander’s idea, he’s workshopping it, it probably won’t stick) delve deeper into the heart of Sunnydale’s underbelly—and make a shocking discovery about the true nature of the Hellmouth. Meanwhile, Drusilla – AKA THE MISTRESS – and Spike make the next moves in their deadly plan for the Slayer and the life of one the people closest to her!

“Some folks have guessed it, but I’m excited to officially reveal that every issue of BUFFY THE VAMPIRE SLAYER will have a variant cover featuring the first appearance of a previous Chosen One,” said Jeanine Schaefer, Executive Editor, BOOM! Studios. “Matt Smith beautifully introduces a new Viking Slayer that, like the new Slayers on covers to previous issues, may have a larger role in Buffy’s life much sooner than anyone expects.” 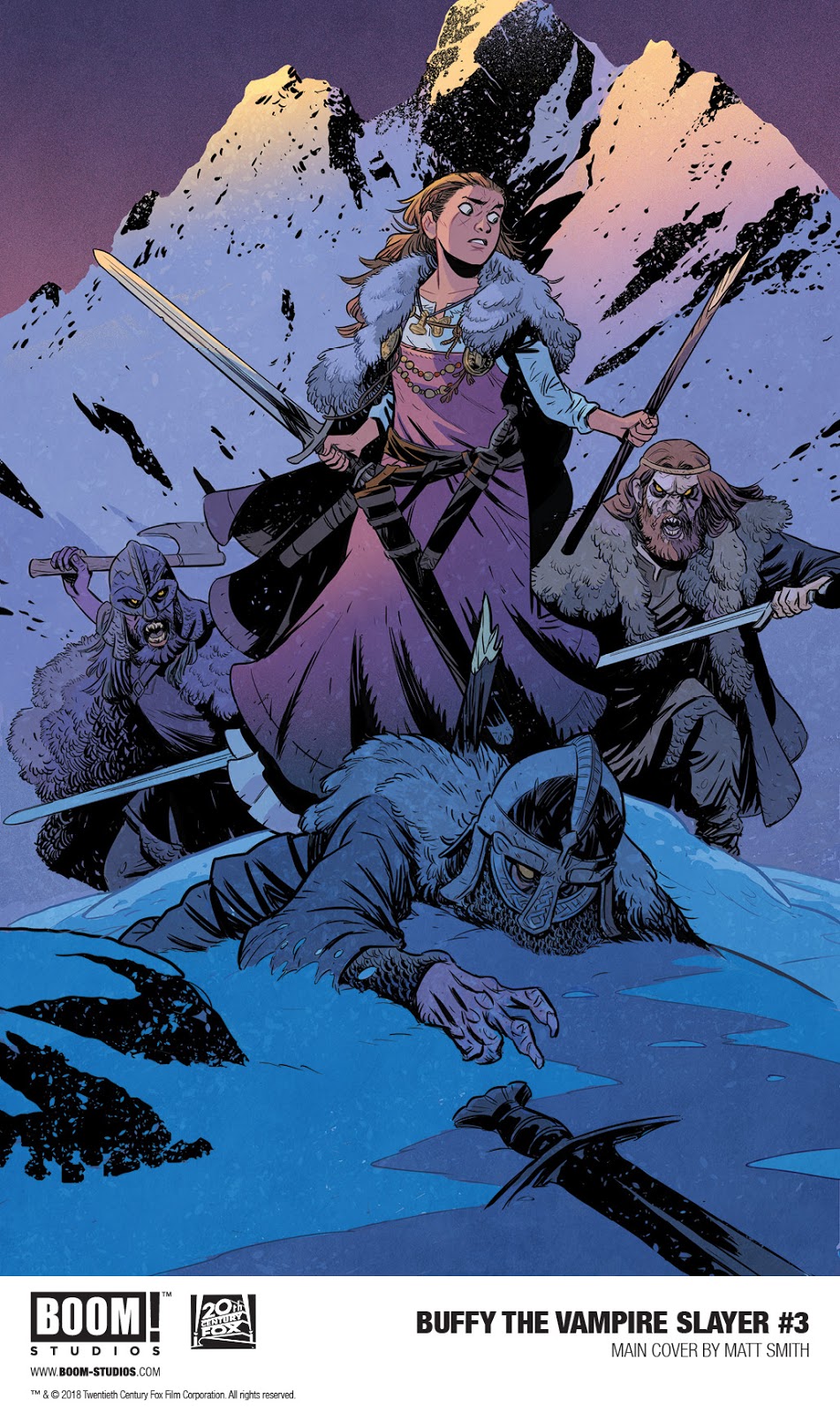