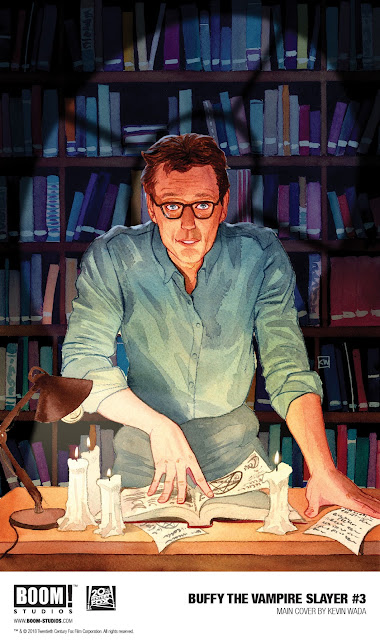 BOOM! Studios today unveiled one of the main covers to BUFFY THE VAMPIRE SLAYER #3 by acclaimed artist Kevin Wada (She-Hulk) featuring everyone’s favorite Watcher, the man known as Rupert Giles. The next chapter of the hotly-anticipated series will debut in-stores March 13th, 2019, in partnership with 20th Century Fox Consumer Products.

The reimagining of Joss Whedon's groundbreaking series reaches the penultimate chapter of the first arc as Buffy and the Scooby Gang (the name was Xander’s idea, he’s workshopping it, it probably won’t stick) delve deeper into the heart of Sunnydale’s underbelly—and make a shocking discovery about the true nature of the Hellmouth.  Meanwhile, Drusilla – AKA THE MISTRESS – sets her sights on Cordelia, as Cordy and Spike find accidental common ground.

“There’s a lot of important lessons in Buffy, but one of the most resonant and truest ones is this: librarians are total badasses. And, as Kevin Wada dreamily illustrates, they’re pretty easy on the eyes, too,” said Jeanine Schaefer, Executive Editor, BOOM! Studios. “Rupert Giles has a huge role to play in this series and we’ll learn that he’s much more than he appears – and we don’t just mean the fact that, if you haven’t heard, he’s quite good at playing an acoustic version of Stairway to Heaven.” 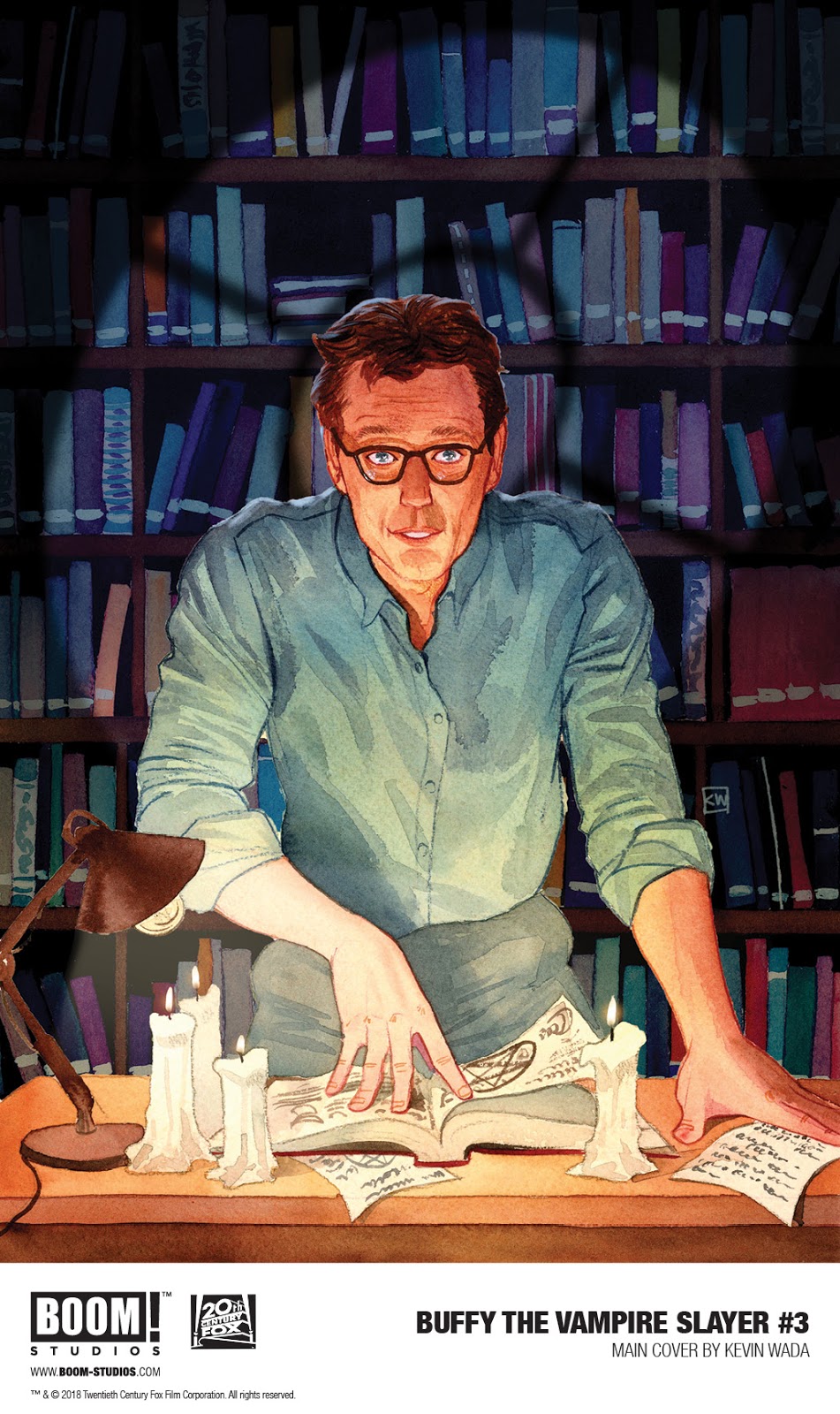