Get Ready for a Titanic Team-Up in MARVEL RISING #1! 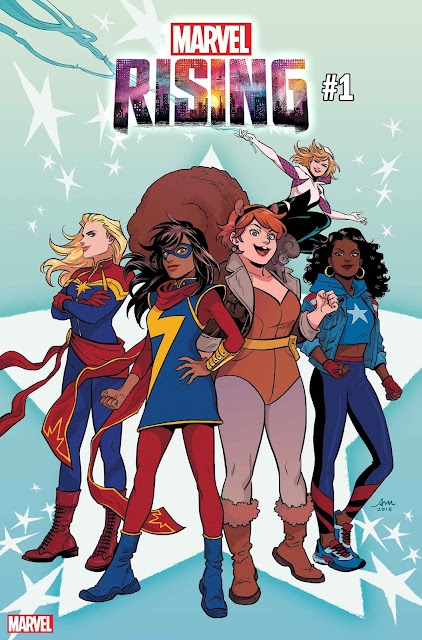 A brand new story is arriving this March!

This March, a titanic team-up arrives in the form of an all-new adventure with the unbeatable duo of Kamala Khan and Doreen Green! But even heroes need a little help sometimes! Join Ms. Marvel and Squirrel Girl along with Spider-Man Miles Morales, Dante Pertuz (a.k.a. Inferno), America Chavez, and Daisy Johnson (a.k.a. Quake) for an all-new action packed adventure this March in MARVEL RISING #1!

Written by Dwayne McDuffie Award winning writer Nilah Magruder, best known for her web comic M.F.K. and Marvel’s A Year of Marvels, and featuring art by Roberto Di Salvo (Marvel Zombies, Marvel Adventures Spider-Man) with covers by rising star Audrey Mok (Josie and the Pussycats, Archie), the brand new story follows Kamala and Doreen as they attempt to stop sorceress Morgan le Fay from turning New Jersey…into New Camelot! Don’t miss the return of the team-up that Comicbook.com has called “a charming adventure full of humor, inspired battles, and delightful visuals” – a team-up that has captured the hearts of comic readers around the world, and one that is now returning for an all-new Marvel Universe adventure!

Join in on the action when MARVEL RISING #1 in comic shops this March, and don’t forget to watch Marvel Rising: Secret Warriors, now on Marvel HQ!