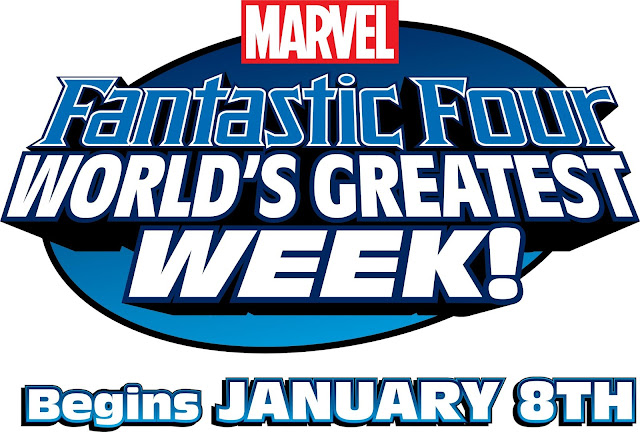 Last August, the Fantastic Four ruled the comic bestseller charts with their critically-acclaimed return to the Marvel Universe, becoming one of the industry’s top-selling books of the year. Fans and critics alike have praised the new adventures of Reed, Sue, Johnny, and Ben, and this January, the celebration continues when FANTASTIC FOUR: WORLD’S GREATEST WEEK kicks off with a special livestream event on Marvel.com, January 8!

Marvel will also be celebrating over 50 years of the Fantastic Four with special variant covers showcasing the team’s most memorable antiheroes! Featuring stunning art by Marcos Martin, Adi Granov, Marko Djurdjevic, and more, these variant covers will be on over 20 select titles at your favorite comic shops this December. And on January 16, as the culmination of FANTASTIC FOUR: WORLD’S GREATEST WEEK, Marvel will be releasing the first of four all-new mystery variants, starting with “The Herald of Doom” storyline in Fantastic Four #6 by Dan Slott and Aaron Kuder!

Whether you’re being introduced to the Super Hero family for the first time or re-living their iconic adventures, you won’t want to miss this exclusive week of nonstop Fantastic Four festivities.

More details on products will be shared over the coming weeks.

The “Herald of Doom” arrives with FANTASTIC FOUR #6, on sale January 16!