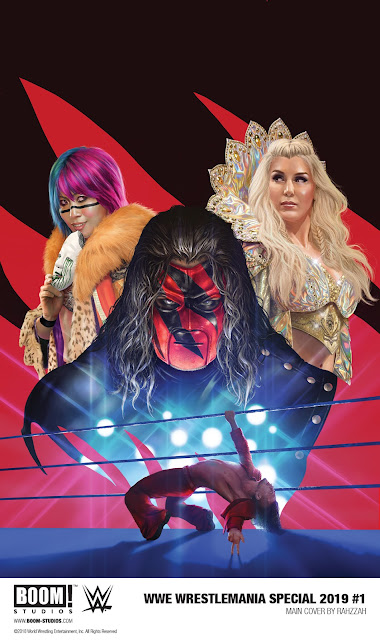 You never know what to expect at WrestleMania, and this special is no exception! Writer Bill Hanstock (WWE) and artist Hyeonjin Kim (WWE) explore groundbreaking champions Charlotte Flair and Asuka’s rivalry leading up to their match at WrestleMania 24. Andy Belanger (Southern Cross) brings to life the pivotal match between the Brothers of Destruction, Undertaker and Kane. Ryan Ferrier (Jim Henson’s Labyrinth: Coronation) and Kendall Goode (WWE) dive into Ric Flair’s Retirement Match against Shawn Michaels.

WWE WRESTLEMANIA 2019 SPECIAL #1 features a main cover by Rahzzah (Luke Cage), along with a wraparound preorder cover by artist Xermánico (Injustice:Gods Among Us) and a variant cover by Marco D’Alfonso (I Am Groot).

“WrestleMania has brought us some of the most exciting, jaw-dropping moments throughout WWE history,” said Chris Rosa, Editor, BOOM! Studios. “Fans will see brand new sides to their favorite Superstars and discover never-before-seen details of the stories they thought they knew in this can’t-miss special!”

Print copies of WWE WRESTLEMANIA will be available for sale on March 27, 2019 at local comic book shops (use comicshoplocator.com to find the nearest one) or at the BOOM! Studios webstore. Digital copies can be purchased from content providers, including comiXology, iBooks, Google Play, and the BOOM! Studios app.

For continuing news on WWE WRESTLEMANIA and more from BOOM! Studios, stay tuned to www.boom-studios.com and follow @boomstudios on Twitter. 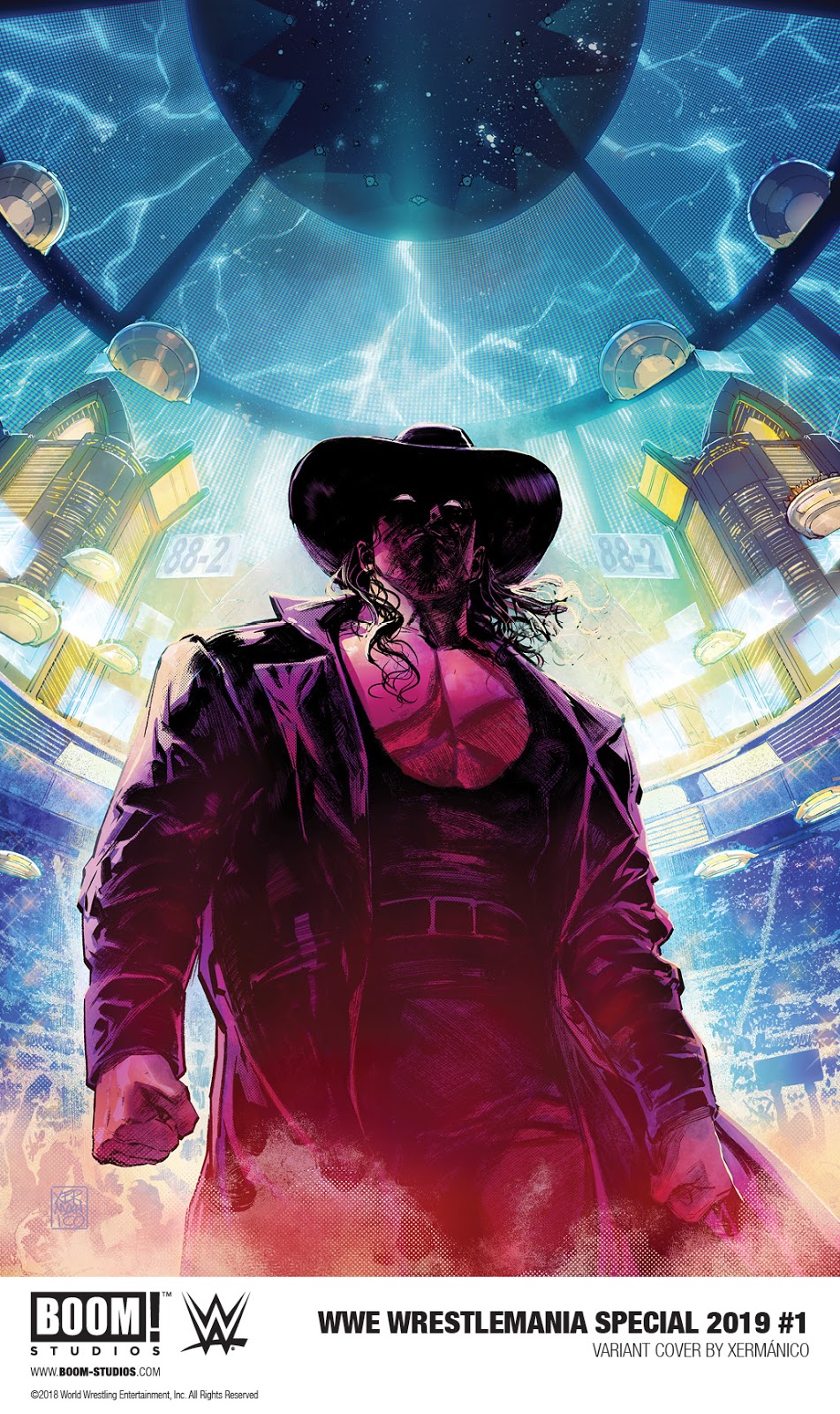