The Battle of the Century Begins in HULKVERINES! 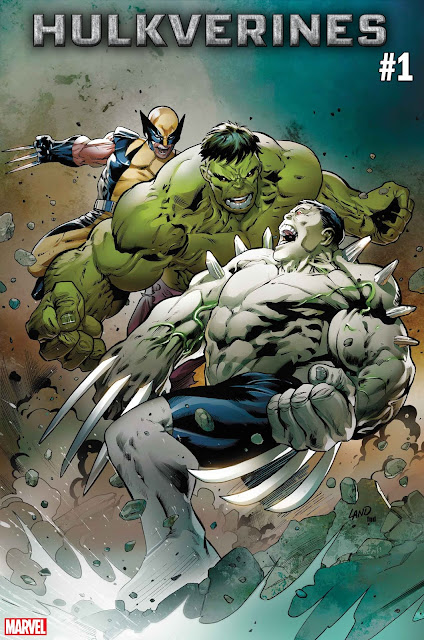 The clash that everyone has been waiting for has arrived!

What is more dangerous than a creation made of a combination of Adamantium claws and gamma blood? The predecessors of Weapon H – Wolverine and the Hulk!

This February, Marvel’s two fiercest heroes are teaming up in a three-issue miniseries that will see them coming after the dangerous creation made in their name. Writer Greg Pak -- a man who knows all three characters quite well -- is teaming up with Weapon H artists Ario Anindito (for #1 and #3) and Guiu Villanova (for #2) to bring you HULKVERINES!

It’s an action-packed adventure that you won’t want to miss, and it’s coming to Marvel this February!