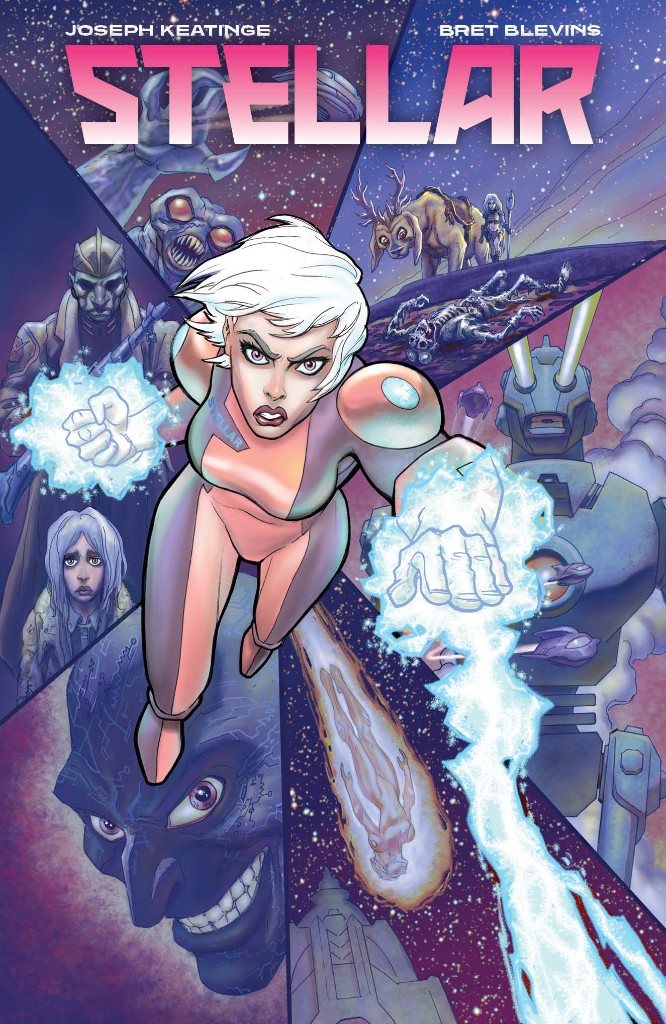 Taken as a child, Stellar was transformed into the ultimate weapon, one that would end an intergalactic war. She succeeded…at everything except finding peace. Now she’s a bounty hunter, scouring the worlds she’s broken in a search for redemption. But there are other weapons loose in the galaxy, and some just can’t leave the war behind them.

“Working with Joseph on STELLAR has been a highlight of my career,” said Blevins. “We poured our hearts into bringing her story to you—I’ve never worked so hard on anything in my life. If you enjoy reading it even half as much as we enjoyed creating it, you’ll have a blast!”

STELLAR will also be available for purchase across many digital platforms, including the official Image Comics iOS app, Amazon Kindle, Apple Books, comiXology, and Google Play.

“Impresses with its premise and world-building.” —Bleeding Cool

“A dramatic space opera with a nod to the classics as well as the contemporary.”
—Comicon.com