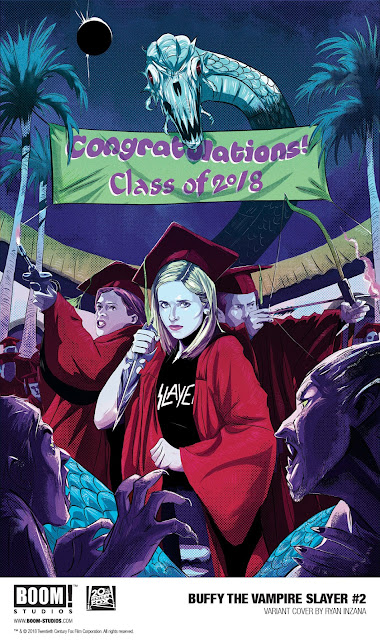 The reimagining of Joss Whedon's groundbreaking series continues as Drusilla, the self-proclaimed Mistress and her pet, Spike, make their debut with their sights set on Buffy! Meanwhile, Giles is determined to teach Buffy about her destiny, responsibility, blah blah...can someone tell him to chill? How bad can it get?

“Every fan of Buffy has their favorite episodes – and ‘Graduation Day’ is always high on that list for good reason. It’s the episode that perfectly crystalizes just what Buffy has to do – and sacrifice – in order to be the hero she wants to be,” said Jeanine Schaefer, Executive Editor, BOOM! Studios. “On this issue’s episode homage cover, Ryan shows what every fan knows – that no matter the odds, Buffy never backs down from fighting for what she believes in most: her friends.” 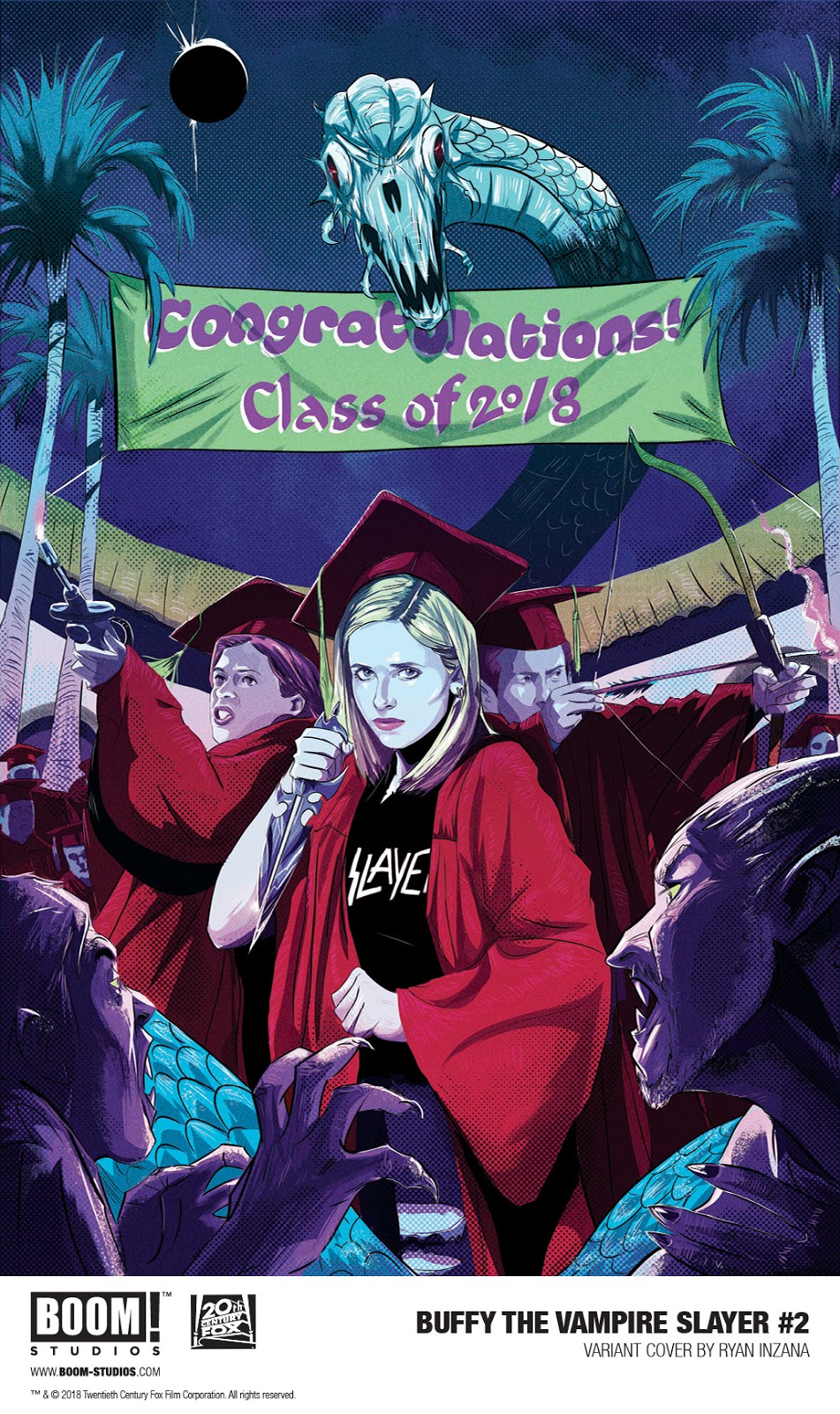