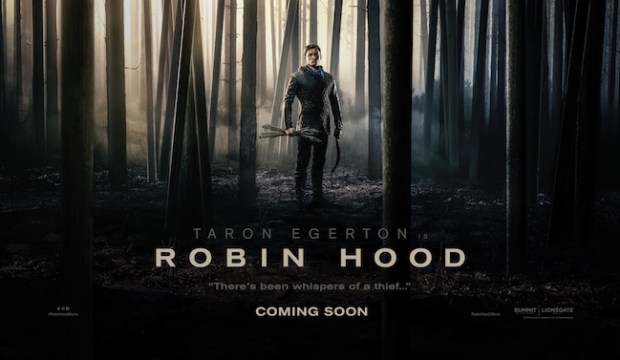 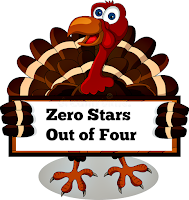 If one were to suggest that Kevin Costner and Russell Crowe each owe Leonardo DiCaprio a giant fruit basket for producing this new version of Robin Hood, it would be the understatement of the year. Costner's much maligned performance in the extremely flawed 1991 Robin Hood: Prince of Thieves is so legendary that Mel Brooks made an entire attempted comedy based around poking fun at him. But for all of the hate Prince of Thieves has gotten over the years, Russell Crowe and Ridley Scott's surprisingly tepid 2010 version came and went with little impact, apart from signalling that Crowe's days as Hollywood's biggest star were decidedly behind him. The director's cut of that that film is an improvement, making the story a lot more clear (at least to the those who are schooled in the more extensive mythology), but it's still woefully short on a sense of fun. If anything, it just made people appreciate the fact that Prince of Thieves, for all its many faults, was a genuinely fun summer movie.

Where Costner's Robin was the Indiana Jones version and Crowe's was trying to be the Gladiator one, the latest incarnation is going for Batman Begins.

The film opens with a young  female thief breaking into the home of Lord Robin of Loxley (Taron Egerton), attempting to steal from the rich. Rob (that is what he is referred to through the entire film) spars with her verbally in a half hearted homage to Mask of Zorro, and is smitten upon seeing her face. Ron and Marian (Eve Hewson, the daughter of U2's Bono ) decide to go steady and jump recklessly into a montage sequence that feels like it should be set to Something Tells Me I'm Into Something Good by Heman's Hermits, but their romance is interrupted when Rob is served with a draft notice.


The Moor, Yahya, puts on his travelling pants and stows away on the ship so he can teach Rob the divine secrets of his Yahya Brotherhood and  train him to be Batman, except with a hood and a bow and arrow. Isn't that awesome? Who would have ever thought of such a thing? Nothing like that has  ever been done before! (Pay no attention to the image on the right). Meanwhile, Lord Locksley reveals that, contrary to what you've been hearing in the Fake News media, he was not killed in Arabia, and is in fact ready to take his rightful place as a greasy rich boy sucking up to the Sheriff of Nottingham (Ben Mendelsohn, the Alan Rickman of this decade), a greedy tyrant who taxes the city beyond its means, ostensibly to support the war effort. Rob puts on his best Don Diego act, all the while attacking the Sheriff's men at night. He also learns that his former flame, Marian, has hooked up with a local "Man of the People" politician named Will Tillman (Jamie Dornan of 50 Shades infamy) and taken to wearing ridiculously stylish outfits that make the bold fashion statement "Get a load of these." Rob channels his frustrations into training with Tonto or Alfred or Apollo Creed whatever his name is (he suggest that Rob just call him "John", because they can't use the name Azeem, but Little John is public domain.).

There really isn't a single aspect of the wretched film that works (except maybe for the cleavage) and that sadly even includes the performances. Edgerton is a very appealing actor, but the character is so badly established and his motivation so weak that the best he can hope for is to have occasional moments where we can almost take him seriously as a teen  LARPer.  Jamie Foxx is dangerously close to reaching full on Cuba Gooding, Jr. levels of "we're gonna need that Oscar back", and Mendelsohn seems sick to death of playing the villain and doesn't even try to go beyond snivelling and sneering for two hours (the movie reaches its low point, which is quite a feat, when the Sheriff screams at Rob "I'm gonna boil you in your own piss and make sure Marian is raped by so many Arabs  . . . "). This wickedly nasty take on the character is punctuated by a back story about him being sexually abused by Priests when he was young (seriously). The treatment of the Catholic Church in this movie is like The Da Vinci Code mixed with Spotlight, and the Sheriff reports to a malevolent Cardinal (played by F. Murray Abraham) who appears to be under the impression that this is a bad version of The Three Musketeers.


The entire film is awkwardly shot, with oddly chosen angles that feel totally unmotivated and made me think of Mark Rocco's Murder in the First (it's not quite that bad, but even causing one to think of the stylistic approach of that film is quite a horrific misstep). But the one element that goes beyond the badness of everything else, even beating out the screenplay, is the costume design. Rob's hooded jacket looks like it was made by The North Face, and in one scene, Will appears to be wearing a grey cardigan over blue striped pyjamas (all that was missing was a pair of fuzzy slippers). This reaches its most infuriating point when the Sheriff throws a casino party and seems to have asked Luc Besson to design the look for the high priced escorts (the movie begins with a voice stating "I can't tell you what year it was", and it is the only line in the whole of the script that rings true).

I'm far from a purist, and I'm always up for a new take to make a well worn story feel fresh, especially when its something so old that his been done so many times. But the last time I saw something fail this badly to capture the feel of its source material wasn't even the Johnny Depp version of The Lone Ranger, it was the failed CW pilot starring Chad Michael Murray. A colleague of mine, Scott Renshaw, once referred to the Russell Crowe film as "The Tea Party Robin Hood" in reference to the heavy handed "no taxation without representation" element.  I couldn't help but feel at times that this was trying to be the Bernie Sanders Robin Hood, but the flickers of progressive liberal activism manage to be blatantly overt while never materializing into anything coherent. The original title was Robin Hood: Origins, and it becomes frighteningly clear near the end that they want make more of these. (Spoiler Alert) In a shocking twist setting up the sequel, a reluctant Will has joined Robin's cause, but when he sees Robin and Marian kissing he drops his Molotov cocktail and for some reason decides to just stay where he is for a few minutes. When the Cardinal appoints him as the new Sheriff of Nottingham, we see that half of Will's face has been hideously disfigured, coloring it "Scarlet" red.  If you're thinking "Wait: isn't Will Scarlet Robin Hood's brother?' well, no, he's not, but compared to making him into Harvey Two Face, that was a very authentic approach. End of spoiler.

Robin Hood is violent, crass, wildly anachronistic, endlessly stupid and shockingly boring. The best that everyone involved can hope for is that it will be quickly forgotten, because if it isn't, it could prove to be a career killer. Thankfully, Edgerton fans have his performance as Elton John in Rocketman to look forward to,  and those still clinging to trying to be Jamie Foxx fans can look forward to the 3 % chance his version of Spawn or his Mike Tyson biopic will actually be good.  In the meantime, if you want a passable medieval adventure, check out Outlaw King on Netflix. It's really just Braveheart 2, with everything but the kilts and the homophobia, but it is a gigantic step up from the debacle that Lionsgate has dumped on us this holiday season.