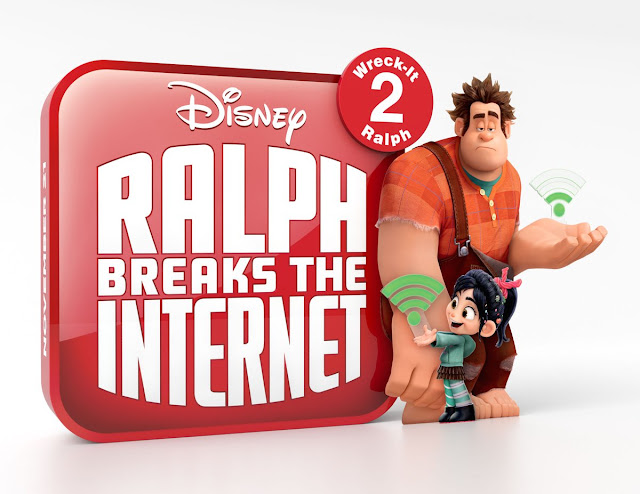 
Tangled and Frozen may be the two films that are most associated with the rise of Disney Animation's latest renaissance, but 2012's classic Wreck-It-Ralph was the true game changer, no pun intended.

Wreck-It-Ralph lost the Best Animated Film Oscar to Pixar's Brave, despite getting better reviews (and it has stood the test of time much better), and the general feeling was that while Pixar had put out a pretty good Disney Princess movie, Disney Animation had finally broken through the glass ceiling of Pixar's celebrated genius and innovation. It was one of the funniest, most creative and heartfelt films in years.

Set six years after the events of the first film, Ralph Breaks The Internet finds us back at Liwak's Arcade, where the steering wheel controller on the Sugar Rush game console breaks, forcing Mr. Litwak to unplug the machine. Wreck-It Ralph (John C. Reilly) and Vanellope von Schweetz (Sarah Silverman) evacuate all of the Sugar Rush residents to other games before it is shut down, placing the racers in the care of Fix-It Felix Jr. and Sergeant Tamora Jean Calhoun. Ralph and Vanellope then use the arcade's's new connection to the Internet to go looking for a replacement steering wheel.

While they find a source for a replacement wheel, they need money, leading them to join a free to play violent racing game (clearly based on Grand Theft Auto with a heavy dose of the Fast & Furious films, Slaughter Race, where they meet Shank (Gal Gadot), one of the game's drivers.  Meanwhile, Ralph becomes the new darling of Yesss (Taraji P. Henson), an algorithm that determines the trending videos on BuzzTube.

This is very definitely a sequel, and despite the brilliance of moving from spoofing video games to spoofing cyberspace, Ralph Breaks The Internet (which absolutely should be called Ralph Wrecks The Internet, it is hard to overstate what a stupid decision they made on that end) doesn't reach the glorious heights of inspiration of the original, with a pretty simplistic story that is short on the kind of twists and insights of the first film, and the output of fall out of chair laughing moments is quite a bit lower. But it remains very clever and charming throughout, and there are enough big guffaws that few will feel cheated by it. Ralph and Vanellope are as lovable as ever, and the emotional connection  that comes with their their beautiful friendship provides the movie with enough heart (and heart wrenching moments) to make it a satisfying new entry. On the Pixar scale, this isn't Toy Story 3 or Incredibles 2, it's somewhere between Finding Dory and Monsters University.

The movie sends up everything it can on the Internet (with the major exceptions of porn and politics), and much of it is very clever. Disney regular Alan Tudyk is delight as Knowsmore, who mans a "Search Bar", and Alfred Molina is adds presence as Double Dan, a creature from the Dark Web.
While there is no question that the extended sequence in ohmydisney.com is a shameless plug and an easy way to get around copyright laws (a bit like the overabundance of DC and other Warner Bros. characters in Ready Player One), it provides many of the biggest laughs. It's very hard not to love the Girl Power/Sisterhood angle on the Disney Princesses, who all retain their personalities but get to break free of (and poke fun at) some of their more sexist elements. it's a treatment that should satisfy both the oblivious or unapologetic Princess wannabes and the detractors alike (with chip on their shoulder Men's Rights groups being the only ones likely to complain, which is not to say that the movie tries to get divisively political in any way. Those particular people are literally looking for things to be offended by and therefore will always find them).

There is a lot of fun to be had with Ralph Breaks The Internet by audience of all ages, and we can only hope that the creators are able to find a strong angle for a third film (we'd love to see Ralph and Vanellope meet up with Nicolas Cage and Bruce Willis in the world of Video on Demand).