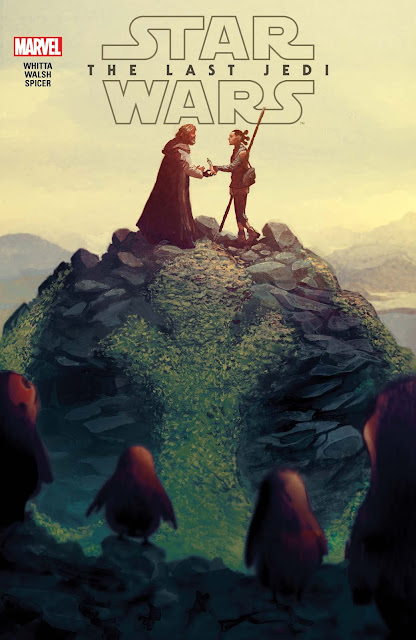 Thor Odinson. Steve Rogers. Tony Stark. The Big Three of the Avengers are reunited at last! And just in time to save the world from total annihilation at the hands of their most powerful enemies yet: the 2000-foot-tall space gods known as Celestials. Behold the coming of the Final Host. Who will answer the call to assemble for a wild new era of Earth’s Mightiest Heroes? Hint: one of them has a flaming skull for a head. And what strange, world-shaking connection exists between the Final Host and Odin’s ancient band of Prehistoric Avengers?

AVENGERS: BACK TO BASICS #5

WOLVERINE MAY BE THE BEST THERE IS AT WHAT HE DOES... BUT SO ARE THEY! As one of the biggest mysteries in the MARVEL UNIVERSE unfolds, DAREDEVIL assembles a squad of uncanny detectives to track down WOLVERINE - MISTY KNIGHT, FRANK MCGEE and the mutant known as CYPHER. Investigating recent sightings across the globe of a man believed to be LOGAN, the squad uncovers a deep conspiracy with huge ramifications for the RETURN OF WOLVERINE.

RISE OF THE BLACK PANTHER #5

DID YOU EVER WANT TO BE DEADPOOL??? Now's your chance! This series is not JUST the most amazing comic book you've ever read…it's also a role-playing adventure! YOU decide what choices Deadpool makes!

SNIKT! A SOUND THAT ONCE MADE BLOOD RUN COLD, WHICH THE AVENGERS WANT TO ENSURE IS NEVER USED FOR EVIL AGAIN. Due to a promise made between heroes, the NEW AVENGERS have reassembled to make sure Logan's body isn't misused. IRON MAN, SPIDER-MAN, JESSICA JONES and LUKE CAGE discover a deep-state conspiracy that leads to a shocking DNA discovery and metallurgic miracle in the MARVEL UNIVERSE.

The Resistance has found Luke Skywalker! But the First Order is hot on their tail…and they are out for blood. Join writer Gary Whitta (ROGUE ONE: A STAR WARS STORY) and artist Michael Walsh (STAR WARS ANNUAL, HAWKEYE and THE VISION) as they take on the adventures of Force prodigy Rey, ace pilot Poe Dameron, and ex-First Order recruit Finn from the hit blockbuster STAR WARS: THE LAST JEDI – featuring never-before-seen scenes of your favorite characters!

In the wake of S.H.I.E.L.D.'s collapse, an ancient and primordial evil has been awakened beneath the streets of New York, and with it, something equally evil has awakened in that most Wicked of Webslingers – VENOM! Still a Lethal Protector of the innocents in New York, this never-before-seen threat could force Venom to relinquish everything it holds dear – including Eddie Brock! Join two of the hottest creators in comics today, Donny Cates and Ryan Stegman, for a VENOM adventure a thousand years in the making!

AVENGERS: BACK TO BASICS #6 SERIES COMPLETE!

HUNT FOR WOLVERINE: CLAWS OF A KILLER #1

KEEP YOUR FRIENDS DEAD, BUT YOUR ENEMIES DEADER! As word spreads that Wolverine may have returned from the grave, a handful of his greatest adversaries come together to track him down and put him back there. But the brutal and horrific nightmare that SABRETOOTH, LADY DEATHSTRIKE and DAKEN uncover could lead to even more death than even these vicious killers can handle.

The Mind Stone has reemerged into the universe in the middle of the New York underworld…and in the most unlikely of hands. Can even Daredevil keep Hell's Kitchen from falling under the influence of an Infinity Stone's immense power?

MIGHTY THOR: AT THE GATES OF VALHALLA #1

"The Death of the Mighty Thor" has come and gone. But Jane Foster's power to inspire lives on — even in the far future! Don't miss the tribute to Jason Aaron's epic tale of Thor and the mighty hammer Mjolnir, drawn by rising star Jen Bartel! And with or without a Thor, the War of Realms continues. As Malekith's power grows, the realms will fall — and who is left to stop him? Eisner Award–winning artist Ramón Pérez kicks off the next stage of Jason Aaron's ongoing saga.

Quicksilver's super-speed and abrasive personality have always isolated him, but he's never been truly alone…until now. Trapped beyond the perception of friends, family and allies, Quicksilver wages a one-man guerilla war against a monster that he's not even sure is real, to save a world that he may never be a part of again. Saladin Ahmed (BLACK BOLT) and Eric Nguyen (OLD MAN LOGAN) team up to bring you a psychedelic survival thriller unlike anything you've seen before!

One of the biggest milestone events in X-Men history is almost here! Kitty Pryde and Colossus are finally about the tie the knot...but what's a wedding without the respective bachelor and bachelorette parties? Join Marc Guggenheim and Kelly Thompson for two parties that can only be celebrated Marvel style! All this, plus, a Kitty and Colossus story by legendary X-Men scribe, Chris Claremont!!!

A bold new direction for the Black Panther! For years, T'Challa has fought off invaders from his homeland, protecting Wakanda from everything from meddling governments to long-lost gods. Now, he will discover that Wakanda is much bigger than he ever dreamed…Across the vast Multiverse lies an empire founded in T'Challa's name. Readers caught a glimpse of it in MARVEL LEGACY #1. Now find out the truth behind the Intergalactic Empire of Wakanda! Ta-Nehisi Coates welcomes aboard fan-favorite artist Daniel Acuña for a Black Panther story unlike any other!

HUNT FOR WOLVERINE: MYSTERY IN MADRIPOOR #1

WHAT MAYHEM HAS THE RETURN OF THE MUTANT WITH METAL CLAWS CAUSED IN MADRIPOOR? When Wolverine's former alter-ego Patch is sighted on the streets of Madripoor, the infamous island of ill-repute, Kitty Pryde pulls together a group of Logan's closest friends to try and find him: Storm, Rogue, Psylocke, Domino, and Jubilee. What they discover is a twisted cabal of crime and dark mysteries that will take these X-Men from the depths of Lowtown to the stars circling overhead in the Hunt For Wolverine.

On Earth, Chris Powell is a patrol officer with the NYPD, protecting and serving the people of New York…but out in space, he's Darkhawk, the galaxy's only line of defense against the return of the ancient army of the Fraternity of Raptors! Spinning out of the Infinity Countdown storyline, the 'hawk is back to fight for justice from the edge of Manhattan to the edge of the universe! 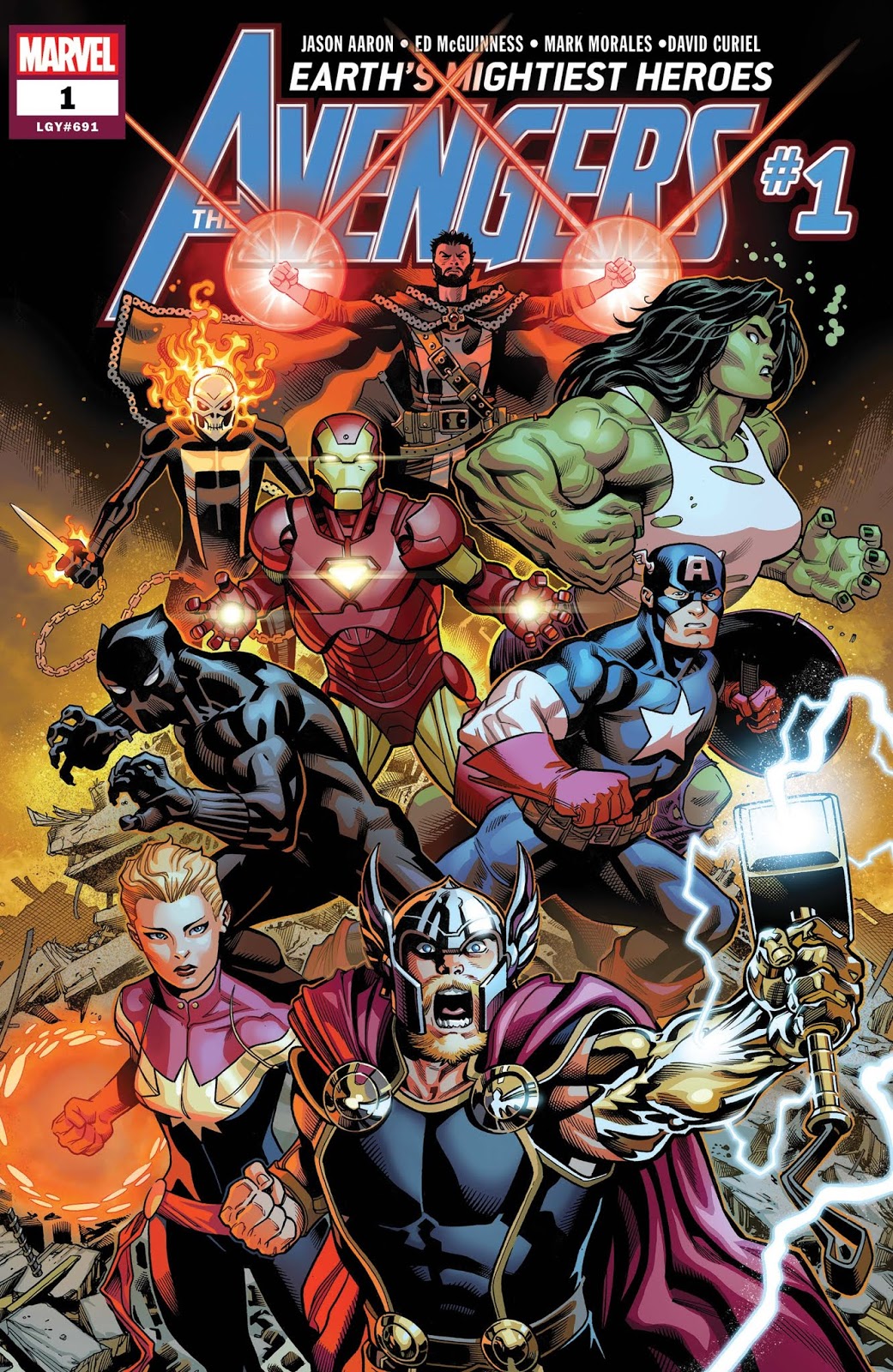 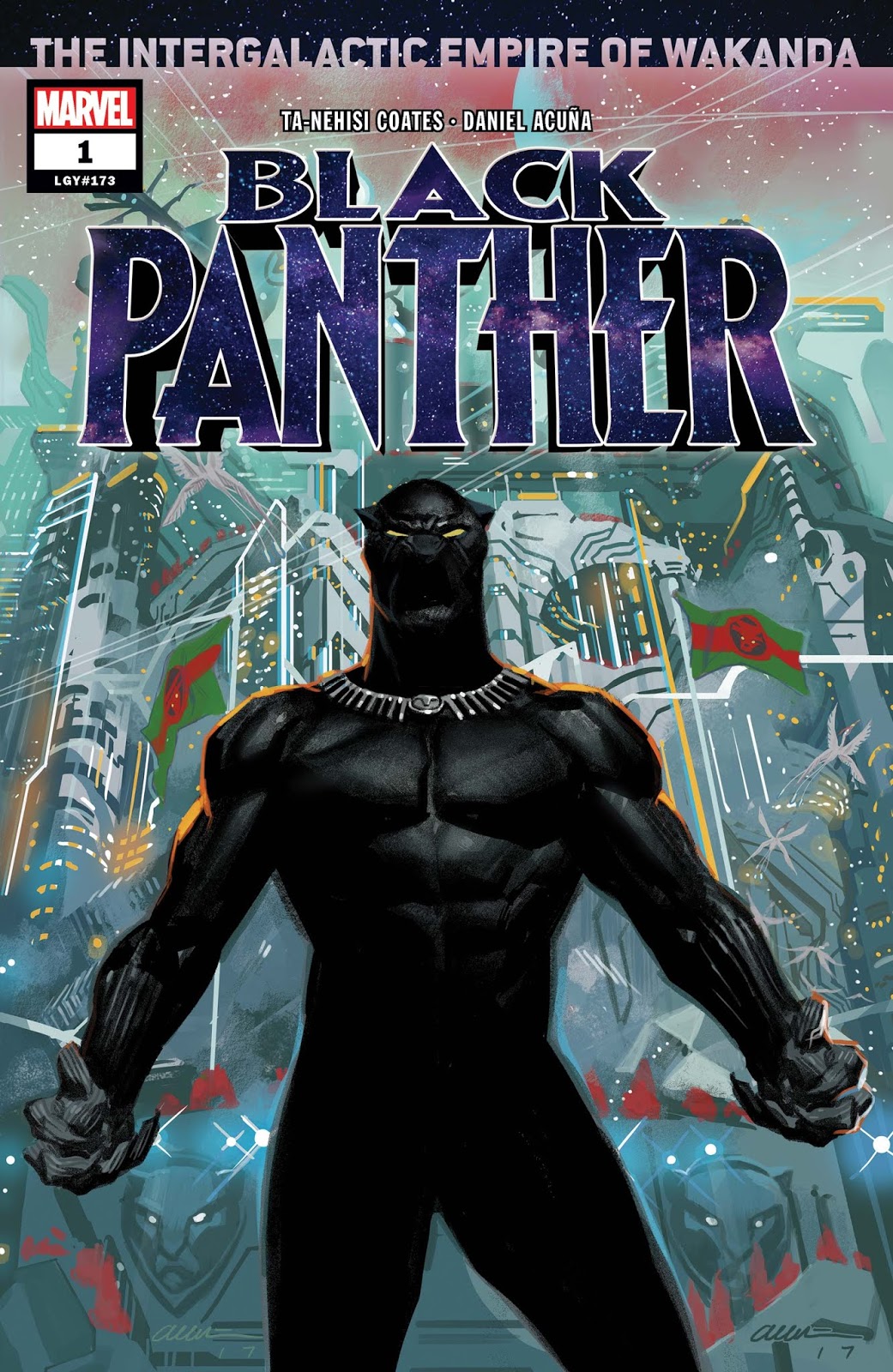 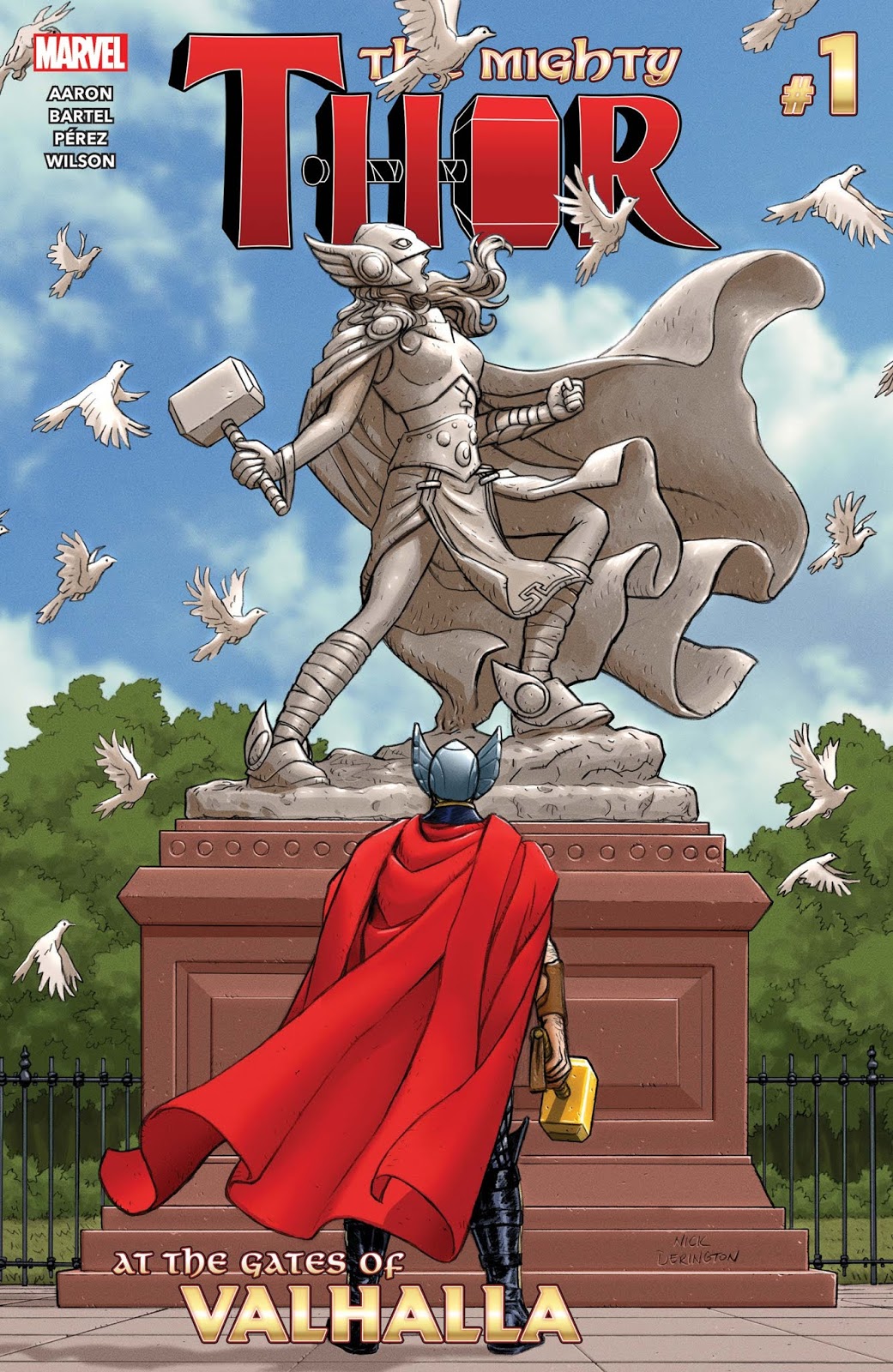 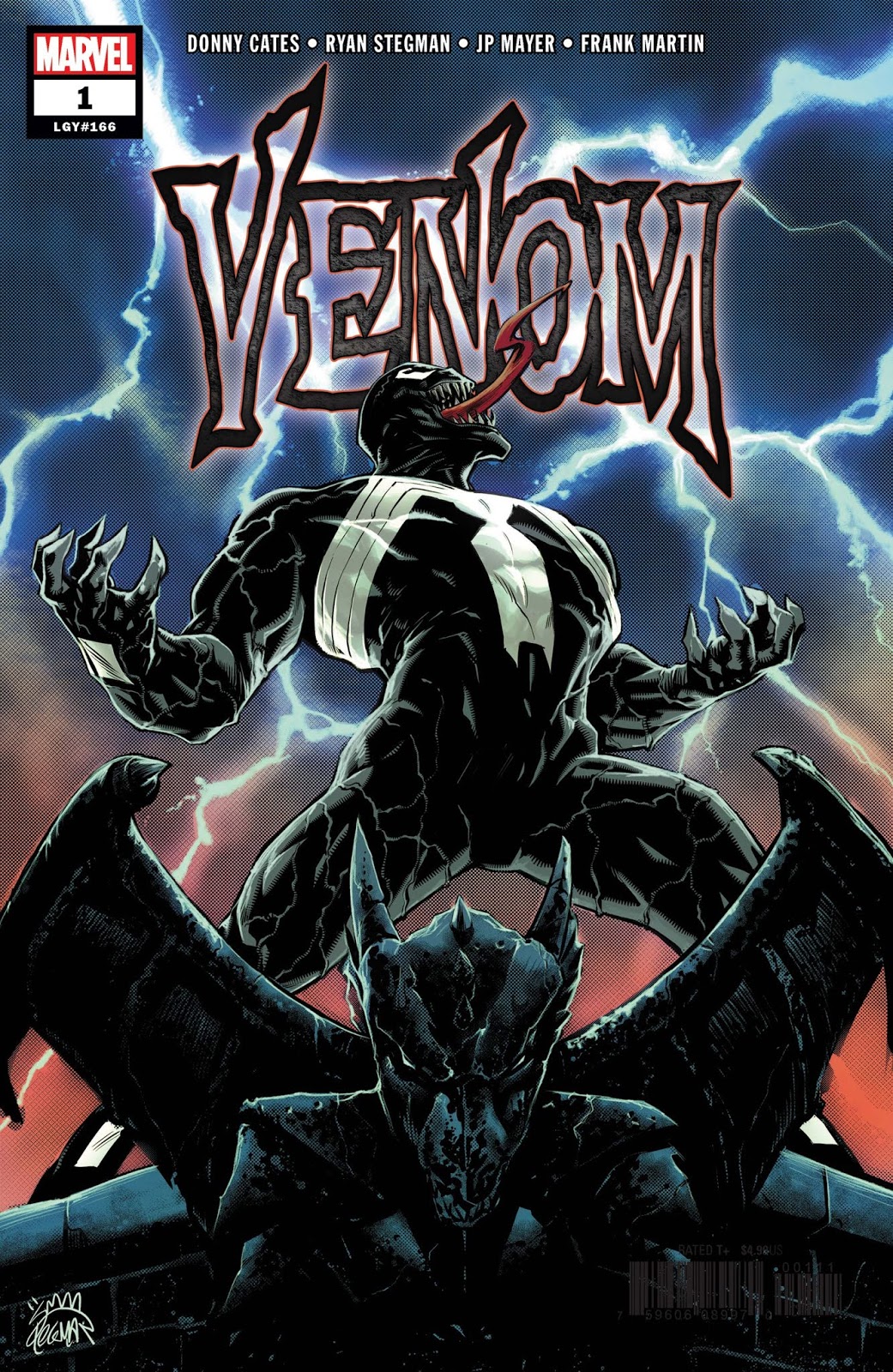 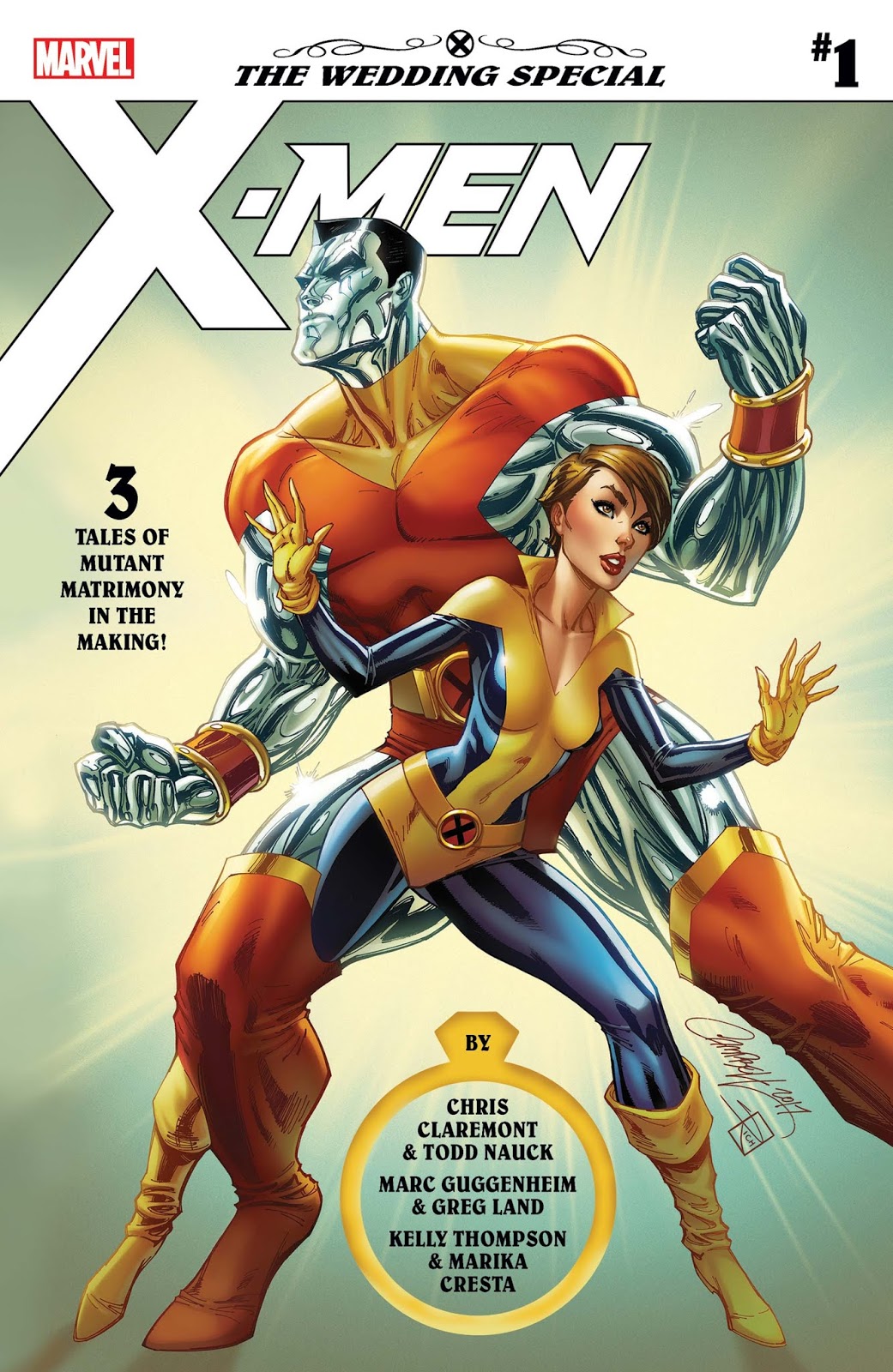