FANTASTIC FOUR #7: The Battle Between Doctor Doom and Galactus! 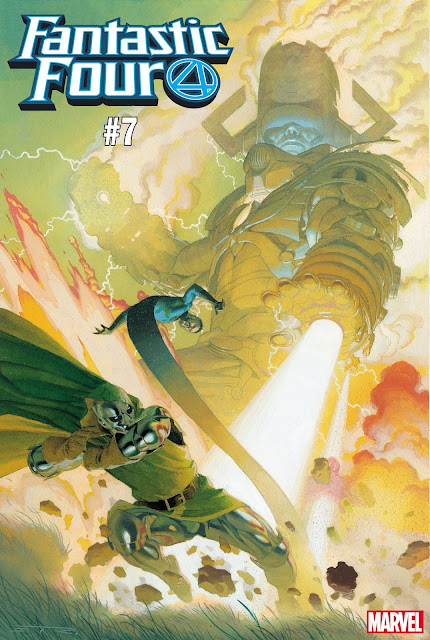 One is an unstoppable cosmic force of nature. The other is a complicated villain. And both are iconic foes of the Fantastic Four, coming to the pages of FANTASTIC FOUR #7 this February!

It’s a battle between Galactus and Doctor Doom, and Marvel is excited to reveal their epic clash with a brand new cover from series artist Esad Ribic! With the Devourer of Worlds versus Victor Von Doom, Mister Fantastic’s got a choice to make as the Fantastic Four fight to keep the Marvel Universe safe – but one thing that the Fantastic Four haven’t counted on? They return of a long forgotten threat from the team’s past…

This winter, the “Herald of Doom” continues…and it’s a story fans won’t want to miss!