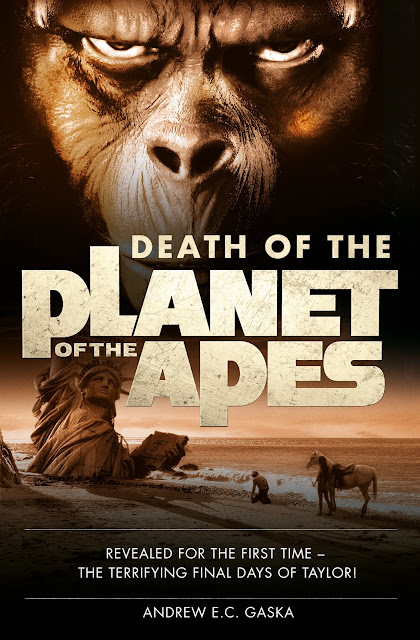 In Beneath the Planet of the Apes, Col. George Taylor (played by Charlton Heston) disappears into the Forbidden Zone, only to return in the film’s climactic scene. For forty-eight years, the question has remained—what happened to Taylor?

Finally the truth is revealed. Beneath the irradiated wasteland, the astronaut faces the deadly wonders of a gleaming city and its inhuman citizenry. On the surface the gorillas—led by General Ursus—launch an all-out assault to exterminate the savage animals known as humans.

And out in the desert, the chimpanzee scientist Milo strives to reconstruct the spacecraft that brought the humans from the past. Events spiral at a breakneck pace, with the fate of a world at stake.

Andrew E. C. Gaska is a freelance consultant for Rockstar Games. He is the founder and
creative director of BLAM! Ventures, a guerrilla design studio, and the writer for the Charger series for Titan Comics.