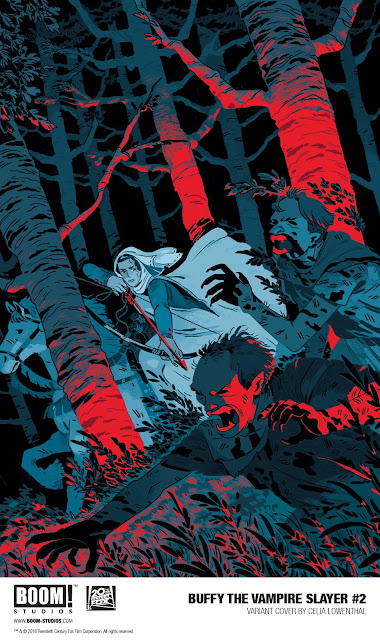 The reimagining of Joss Whedon's groundbreaking series continues as Drusilla, the self-proclaimed Mistress and her pet, Spike, make their debut with their sights set on Buffy! Meanwhile, Giles is determined to teach Buffy about her destiny, responsibility, blah blah...can someone tell him to chill? How bad can it get?

“We’re excited to have Celia join us for a variant cover for the second issue of Jordie and Dan’s incredible vision for Buffy and the gang, and to bring her unique point of view to the story,” said Jeanine Schaefer, Executive Editor, BOOM! Studios. “We’re treating each issue of this series like an event – so if you think Spike and Drusilla are the end of our big reveals, just wait till you get to the last page.” 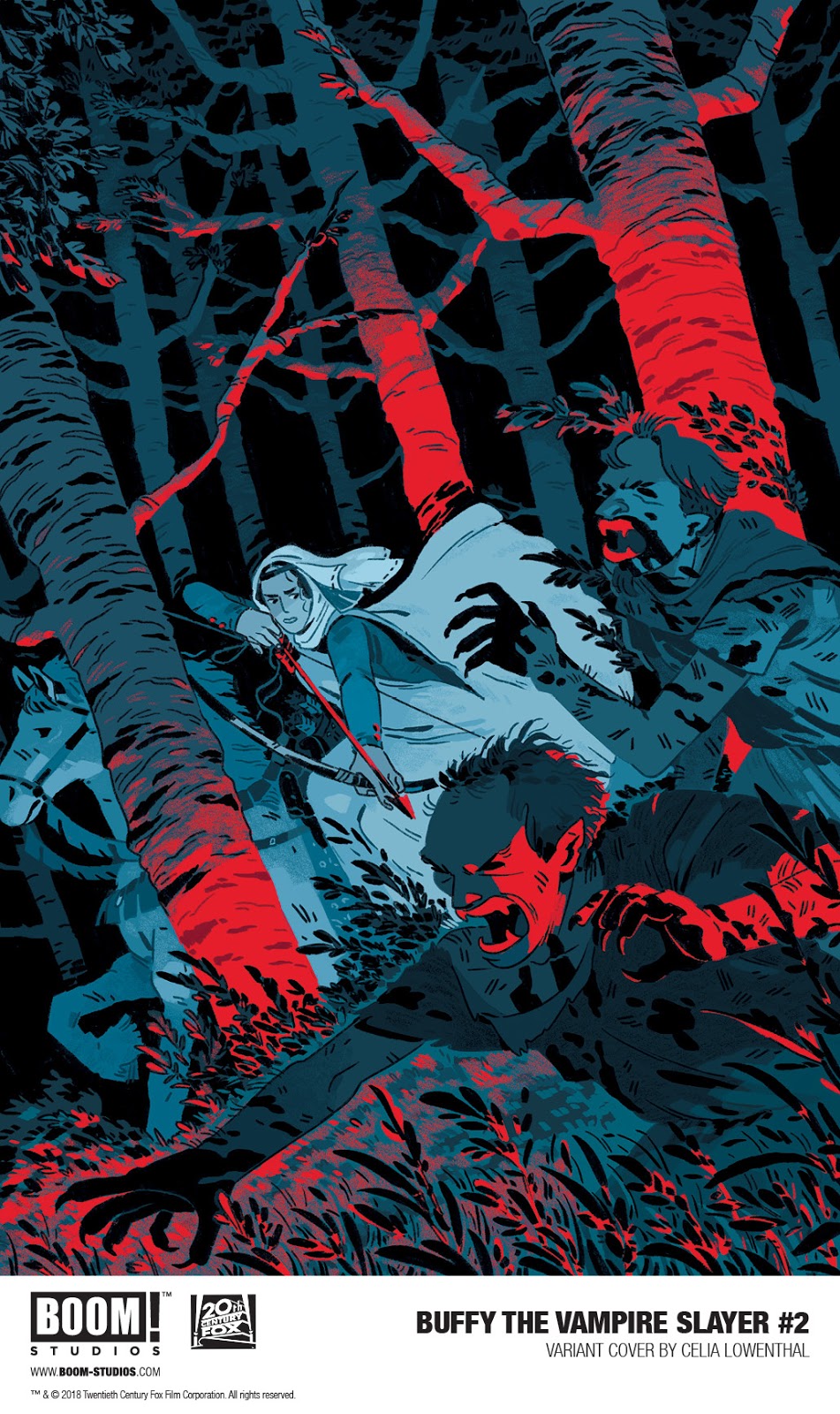