Your First Look at THE GREAT WIZ AND THE RUCKUS 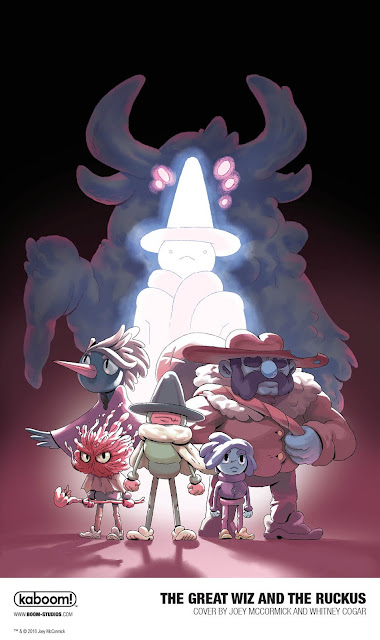 Red, a blind Wiz, is tasked with gathering the Wiz’s of the realm so that they can destroy the Ruckus, a great and terrible darkness that is threatening to take over the world! Red’s quest brings together some of the greatest Wiz’s around, Bog Wiz, Sad Dad, and Feather Duster, but they soon realize that the fate of their world will fall on the shoulders of Bean, a young Wiz who is too strong, too hot-headed, and too untested to be any real help.

But even if Bean isn’t quite ready to be the hero the world needs, Red must bring the young Wiz and this odd band of heroes together to save the day or the Ruckus will plunge the world into darkness!

“THE GREAT WIZ AND THE RUCKUS has everything you could want in an adventure - lovable heroes, awesome friends and an epic tale of good versus evil,” said Whitney Leopard, Editor, BOOM! Studios. “Joey has created an exciting new world of magic that shows us what we sacrifice to achieve our goals, but even more importantly, all that we gain from doing it with friends by our side.”

THE GREAT WIZ AND THE RUCKUS is the latest release from BOOM! Studios’ critically acclaimed KaBOOM! imprint, publisher of award-winning comics for middle grade and younger readers including licensed series such as Adventure Time, Steven Universe, Rugrats, Peanuts, and Garfield, along with original series like Dodo by Felipe Nunes, Mega Princess by Kelly Thompson and  Brianne Drouhard, Bodie Troll by Jay Fosgitt, Ruinworld by Derek Laufman, and The Deep by Tom Taylor and James Brouwer.

Print copies of THE GREAT WIZ AND THE RUCKUS will be available for sale on February 13th, 2019 at local comic book shops (use comicshoplocator.com to find the nearest one), on February 19th, 2019 at bookstores or at the BOOM! Studios webstore. Digital copies can be purchased from content providers, including comiXology, iBooks, Google Play, and the BOOM! Studios app.

For more on THE GREAT WIZ AND THE RUCKUS and more from KaBOOM!, please visit www.boom-studios.com and follow @boomstudios on Twitter. 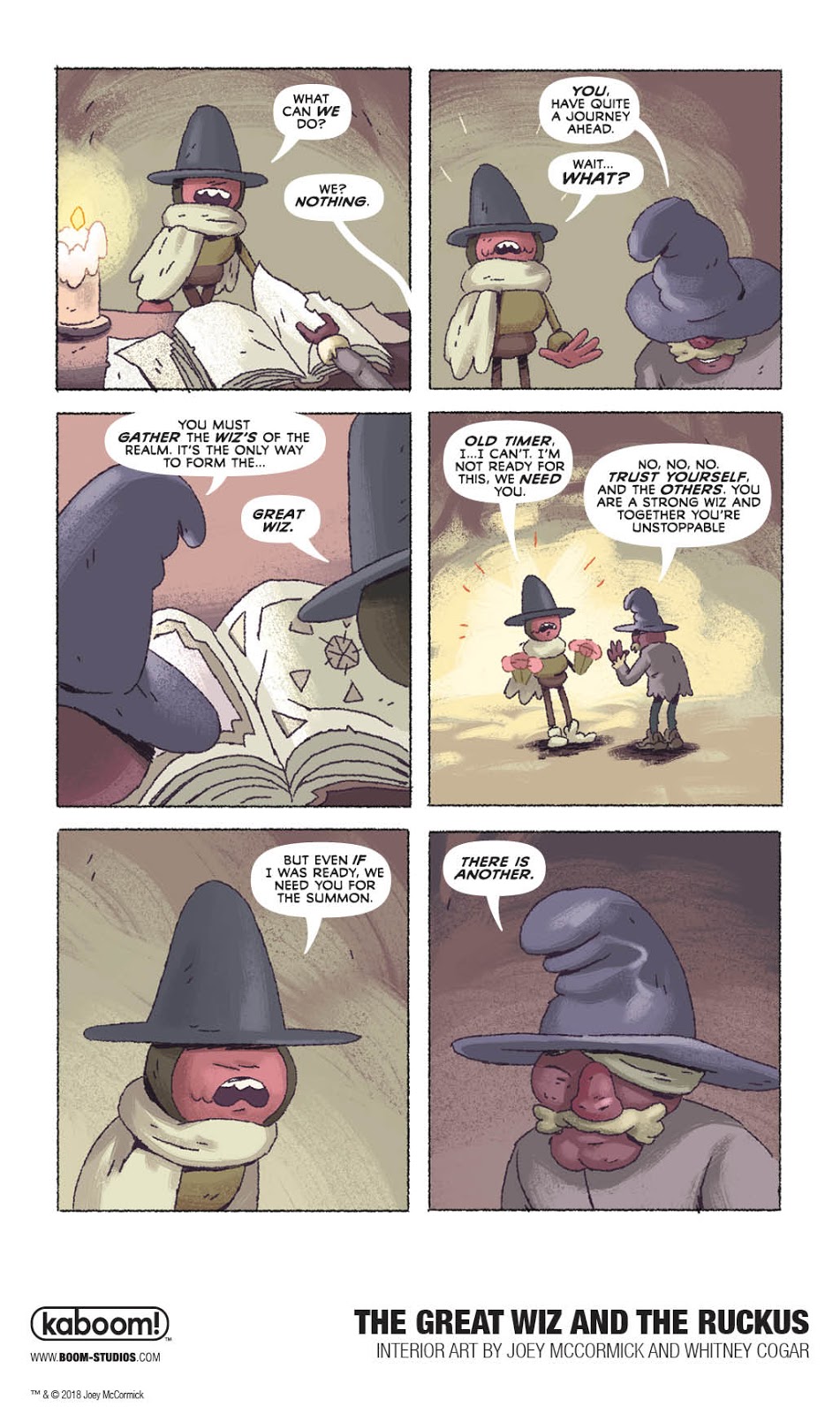 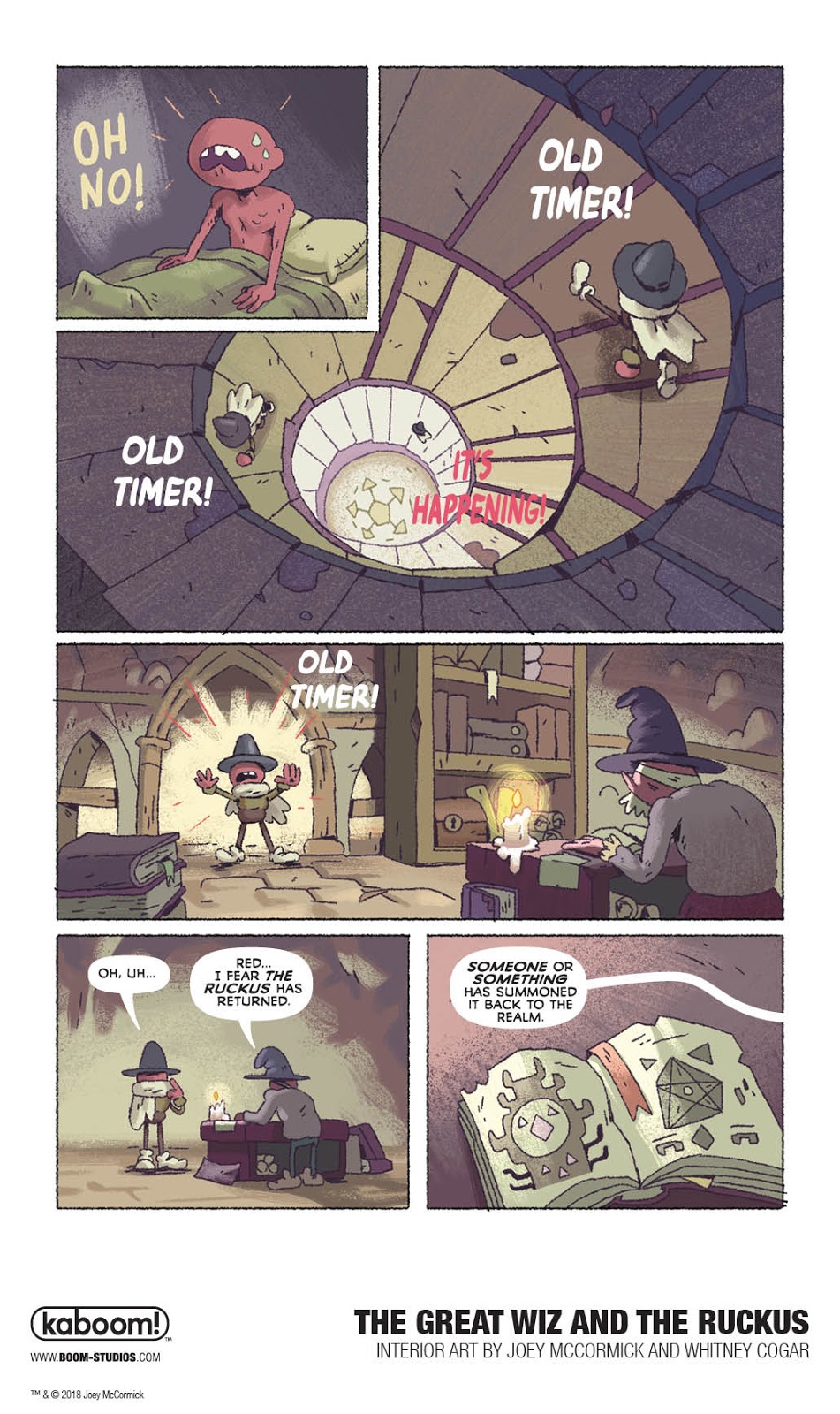 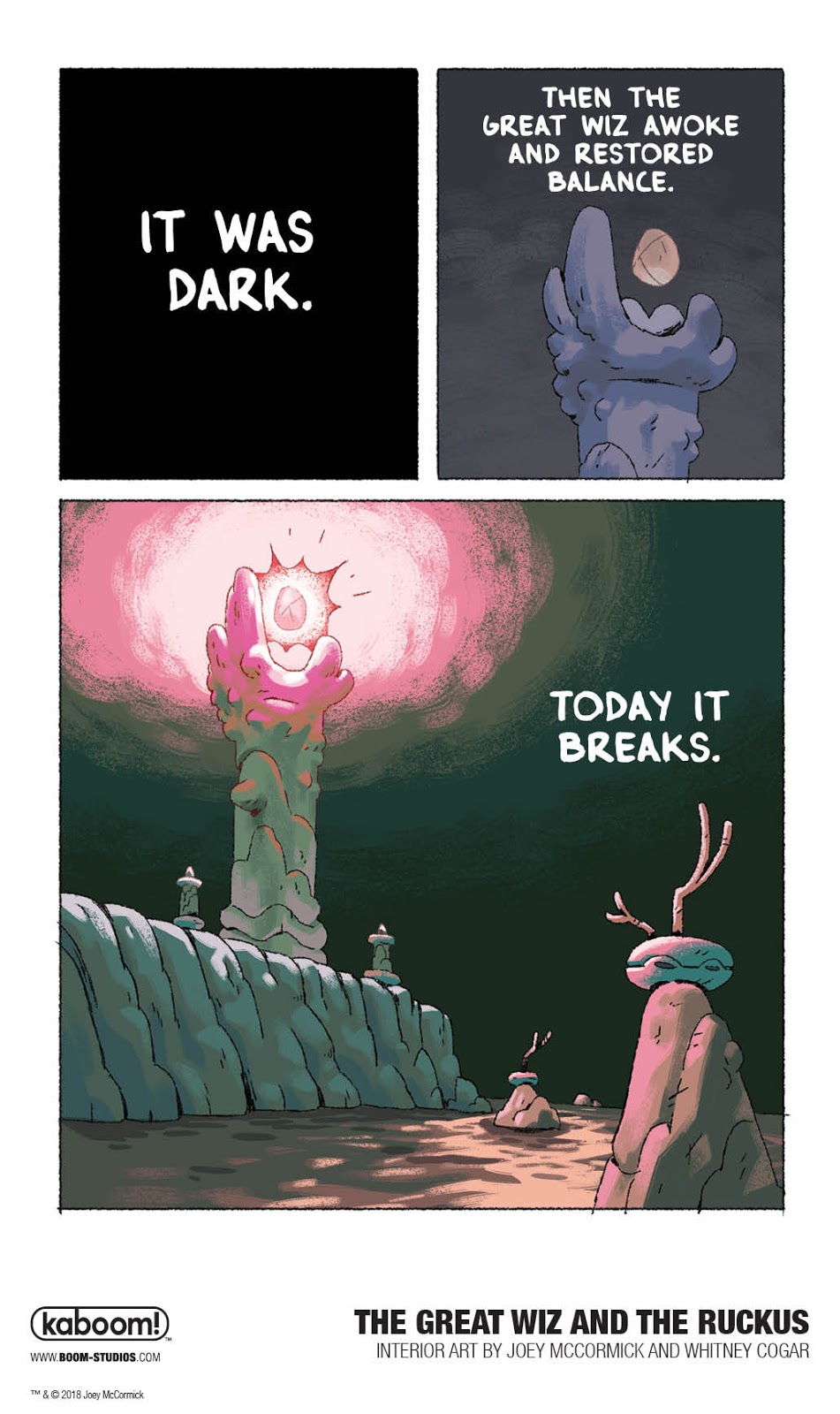