Your First Look At The Crime of The (Literal) Century in SMOOTH CRIMINALS! 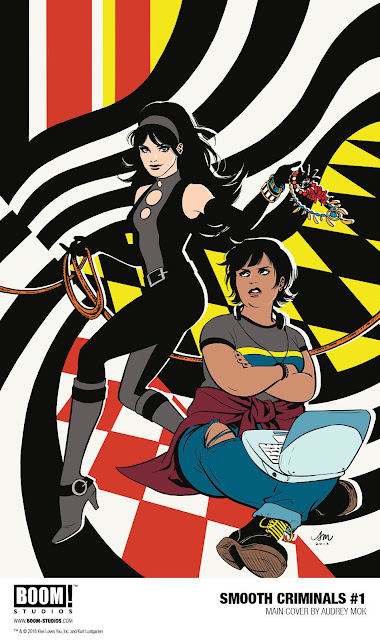 Kiwi Smith,  Kurt Lustgarten and Leisha Riddel Will Steal Your Hearts in November 2018

There are certain things Brenda expects to find while hacking: money, secrets, occasional pictures of cats. She is NOT expecting to find a cryogenically frozen master thief named Mia from the '60s. Mia is everything Brenda is not—cool, confident, beautiful. And utterly unprepared for the digital age. Despite their differences, the two will need to team up to find out what happened to Mia—and how to pull off the biggest heist of the '90s.

“Sometimes the secret to lasting best pal-ship is committing a few victimless thefts of incalculable value. Or that could just be why SMOOTH CRIMINALS is such an absolute delight,” said Shannon Watters, Senior Editor, BOOM! Studios. “This is a story about women from different time coming together in the world of 90s where the rules aren’t just meant to be broken – they need to be obliterated. If you want to join the heist of this – or any other – century, you better get ready to ride shotgun with Kiwi, Kurt, and Leisha in November.”

Print copies of SMOOTH CRIMINALS #1 will be available for sale on November 21st at local comic book shops (use comicshoplocator.com to find the nearest one) or at the BOOM! Studios webstore. Digital copies can be purchased from content providers, including comiXology, iBooks, Google Play, and the BOOM! Studios app.

For continuing news on SMOOTH CRIMINALS and more from BOOM! Studios, stay tuned to www.boom-studios.com and follow @boomstudios on Twitter. 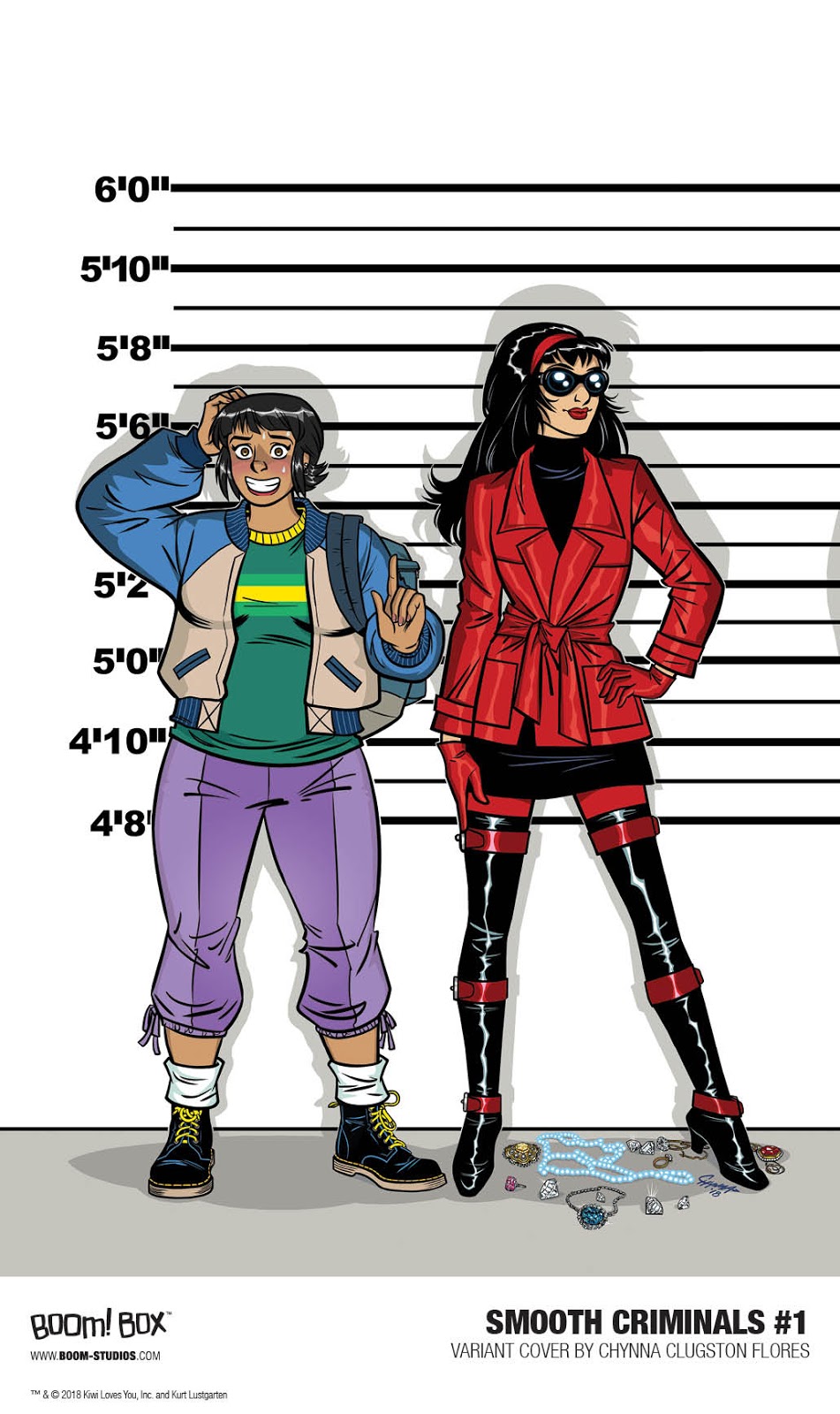 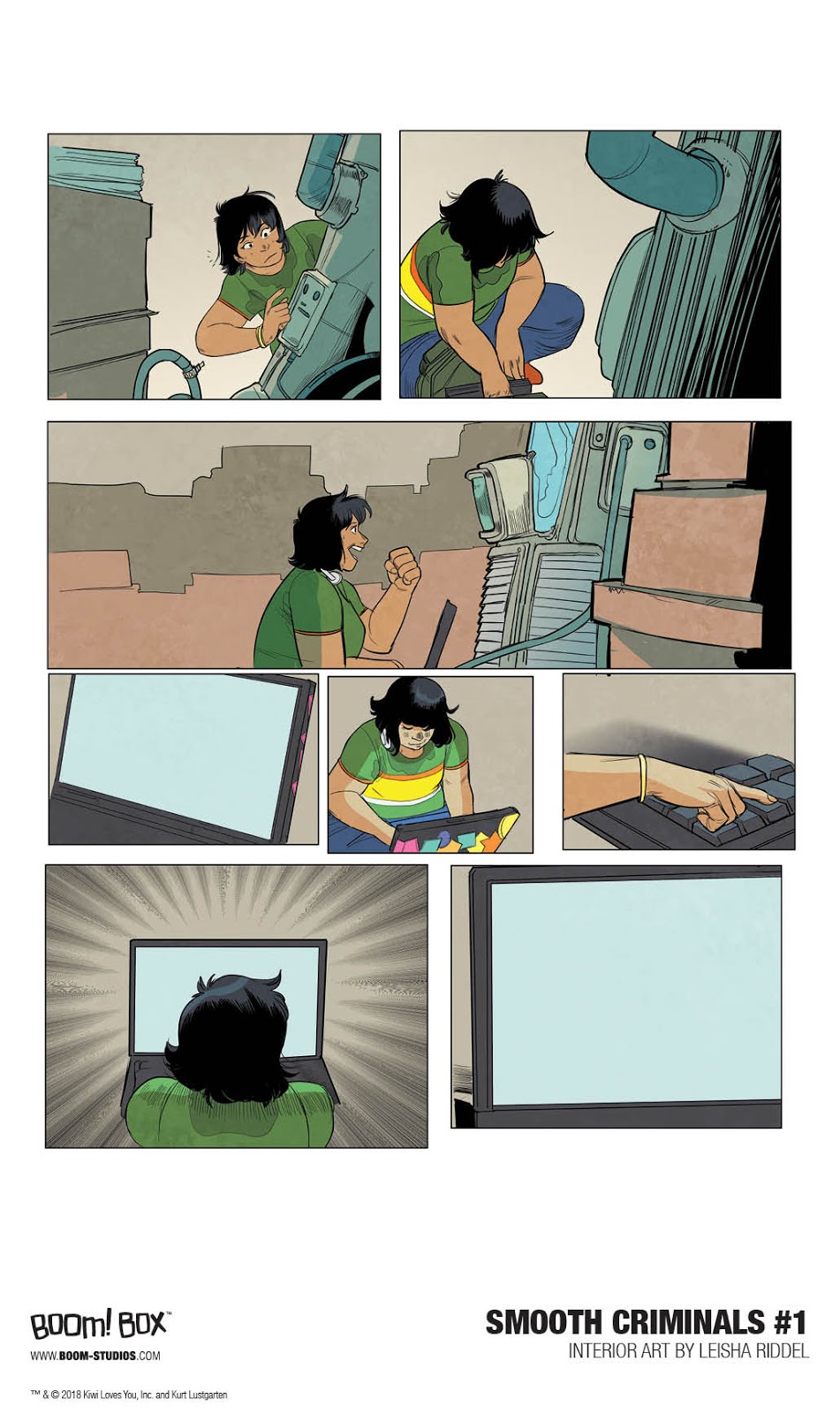 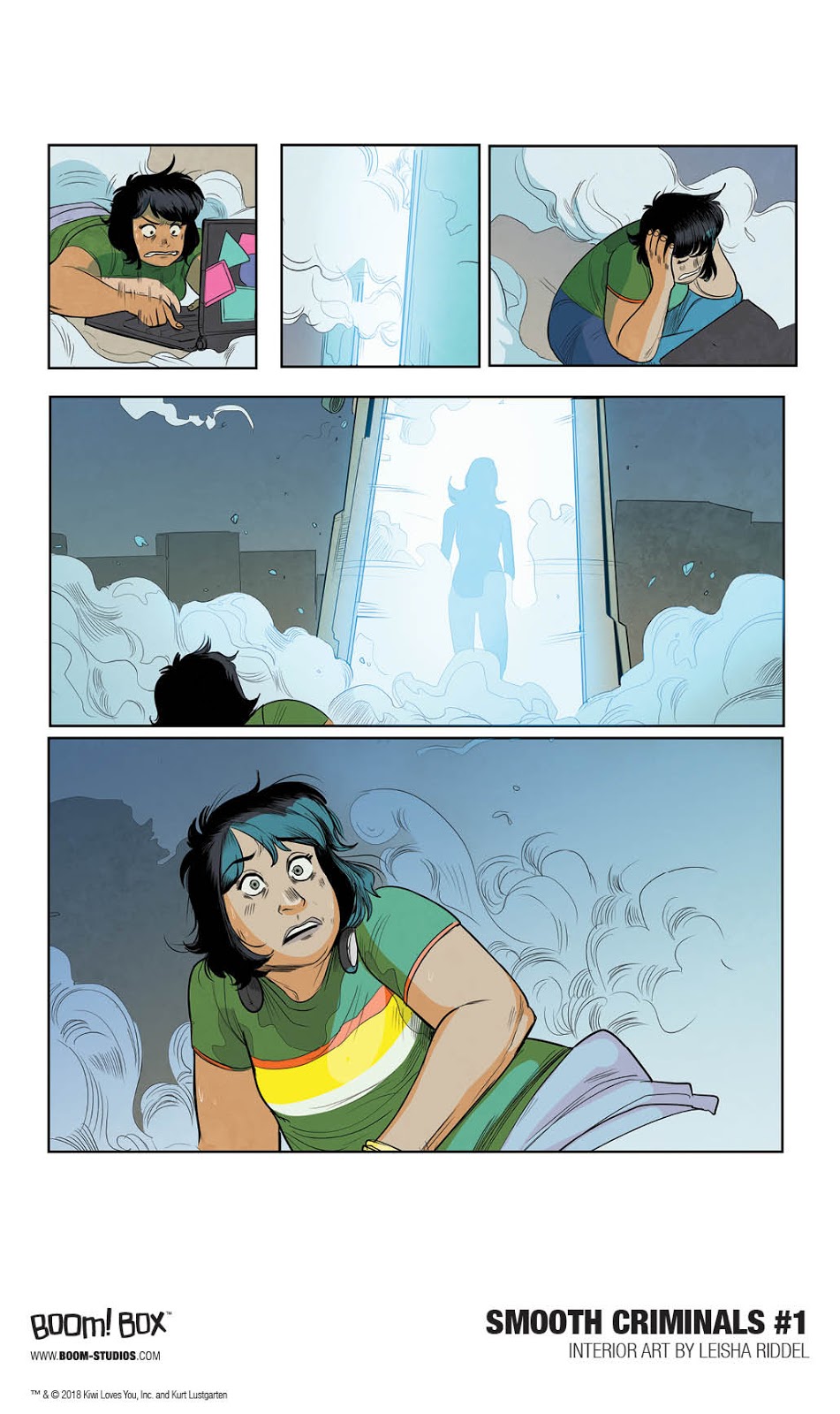