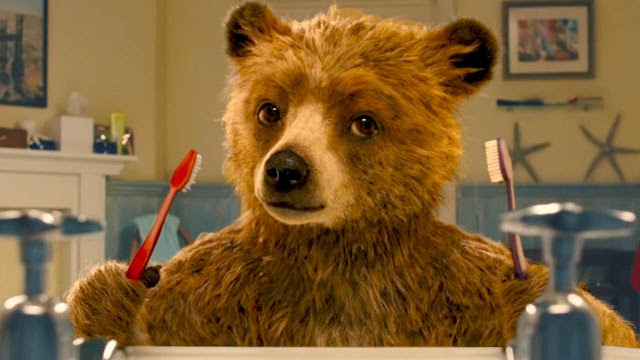 I thought it would be a good idea to start a new feature where I recommend a movie, TV show or video game to the "patient" viewer or gamer.  In other words, a movie that may not necessarily be new, but a gem that may of passed us by.  Or, it may be a movie that is buried in the depths on your favourite streaming service. 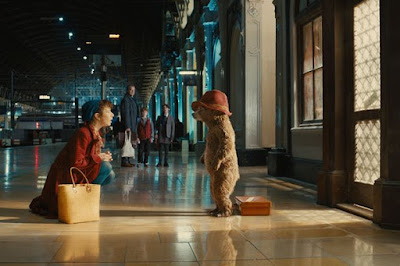 So to kick off the feature I am going to recommend not one movie but two.  Paddington and Paddington 2 are available on Amazon Prime and I have to say are two of the most charming films I've seen in years.  The movies tell the story of a marmalade sandwich eating bear who comes to London to see the sites and inevitably ends up in an adventure or two.  Both movies are full of fun and will leave you feeling happy in yourself.  They are genuinely a couple of feel good movies, suitable for all the family.

The animation of Paddington, especially the facial expressions are incredible and the voice acting provided by Ben Whishaw is absolutely perfect.  He and the the two movies really do compliment the original Michael Bond TV show from the seventies.

Of course the rest of the cast is impressive as we have top performances from Michael Gambon, Julie Walters, Hugh Bonneville, Hugh Grant and Peter Capaldi to name a few.  In fact, the two movies are bursting with British talent with cameos around every marmalade jar.

I need to mention the wonderful soundtracks.  The first one is by Nick Urata and the second by Dario Marianelli.  Both provide a beautiful happy tempo throughout and are complimented well by the odd Caribbean music with a twist of London by the band, 'Tabago and d'Lime.'  Both soundtracks are on Spotify and I highly recommend a listen to both.

There are some genuinely funny scenes in Paddington and Paddington 2 such as the window cleaning scene.  If that doesn't bring a smile to your face then we need to get you some more marmalade sandwiches, immediately!

Paddington himself is full of charm and can't help being polite.  In fact he has the "Forrest Gump" effect in which everyone he meets will end up being richer in life for meeting the bear in some way whether it be not getting locked out of ones house every morning, a breakfast being delivered or a stray dog getting some food.  The world needs more Paddingtons.

Put Paddington and Paddington 2 on your watch list, you won't regret it.  Had a bad day at work and need some happy escapism and with no violence involved?  These two movies are for you.  Fun fact, Paddington 2 is the only movie on Rotten Tomatoes that has a perfect 100% from the critics.  I don't always agree with movie critics, but on this occasion they have got it right.

Treat yourself to two movies that are happy, caring and funny.  I guarantee you will be smiling after you've watched Paddington and probably be wishing you had a marmalade sandwich under your hat too.