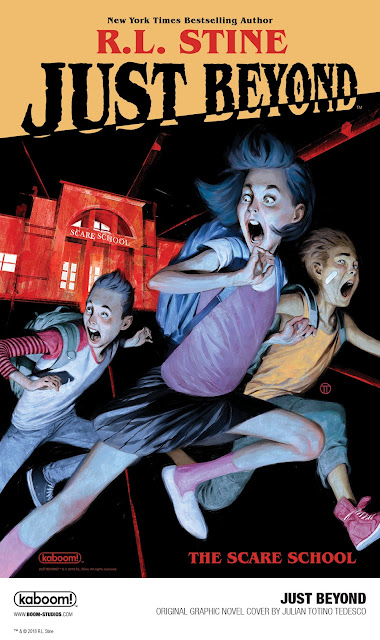 JUST BEYOND will be published through the company’s award-winning KaBOOM! imprint, marking the first time R.L. Stine has originated new concepts in the comic book medium as part of his multi-book agreement with the publisher. With the release of his debut novel Blind Date in 1981, R.L. Stine established himself as one of the most important voices in horror for a new generation. This was followed up with the release of Fear Street in 1989, which remains the best-selling YA series in history with more than 100 books published thus far, and Goosebumps in 1992, which transformed Stine into a worldwide celebrity. The series was soon adapted as a hit TV series and recently returned as a blockbuster film starring Jack Black in 2015 from Sony/Columbia Pictures, with a sequel hitting theaters October 12, 2018. Stine has continued to create exciting new horror concepts for younger audiences each year, in turn becoming one of the most successful American novelists of all time.

In JUST BEYOND: THE SCARE SCHOOL, the first original graphic novel in the series, three 12-year-olds in strangely old fashioned clothing have appeared in modern times, creeping through the empty halls of Scare Middle School, trying to escape a cyborg creature called a Drogg before they are dragged back to somewhere Just Beyond. Now, three modern day students, Josh, Jess, and Marco, are drawn into this terrifying mystery about why their school doesn’t just feel like the worst place ever—it might literally be the worst place imaginable in this world…or any other!

“Kids spend a lot of time in school. So it's the perfect place for scares. What if everything you thought you knew about your school was wrong?” said writer R.L. Stine. “What if your school held a secret so terrifying it could threaten your life? That's where the idea for THE SCARE SCHOOL began. Where the story ended surprised even me!”

“R.L Stine's books were something we grew up with (there was always one or a dozen around the house), so when we were approached with the chance to work with him on THE SCARE SCHOOL, we jumped on it,” said artists Kelly & Nichole Matthews. “Getting to design a cast of characters and creatures from the ground up is always fun, and getting to go a little wild on how scary they are is even better. This book will leave you in stitches as many times as it will leave you screaming! We hope fans will enjoy all the jumps and frights as they enroll for a spooky good time in Scare School.”

BOOM! Studios’ award-winning KaBOOM! imprint is home to comics for middle grade and younger readers including licensed series such as Adventure Time, Steven Universe, Rugrats, Peanuts, and Garfield, along with original series like Dodo by Felipe Nunes, Mega Princess by Kelly Thompson and  Brianne Drouhard, Bodie Troll by Jay Fosgitt, Ruinworld by Derek Laufman, and The Deep by Tom Taylor and James Brouwer.

“Our goal at KaBOOM! is to push the boundaries what middle grade graphic fiction can be and JUST BEYOND: THE SCARE SCHOOL is unlike any comic you’ve ever read,” said Whitney Leopard, Editor, BOOM! Studios. “R.L. Stine brings the thrills, chills, and excitement that have made him one of the most influential authors of our time. Paired with the lush, and beautiful artwork of Kelly & Nichole Matthews, these creators have made a world that will suck you in from the first page. Hold on tight, because this story is taking you to somewhere that you’ve only feared was real…a place where our heroes have to figure out how to save themselves, let alone the rest of the world!”

Print copies of JUST BEYOND: THE SCARE SCHOOL will be available for sale in September 2019 at local comic book shops (use comicshoplocator.com to find the nearest one), bookstores or at the BOOM! Studios webstore. Digital copies can be purchased from content providers, including comiXology, iBooks, Google Play, and the BOOM! Studios app.

For more news on R.L. Stine’s JUST BEYOND and more from BOOM! Studios, stay tuned to www.boom-studios.com and follow @boomstudios on Twitter. 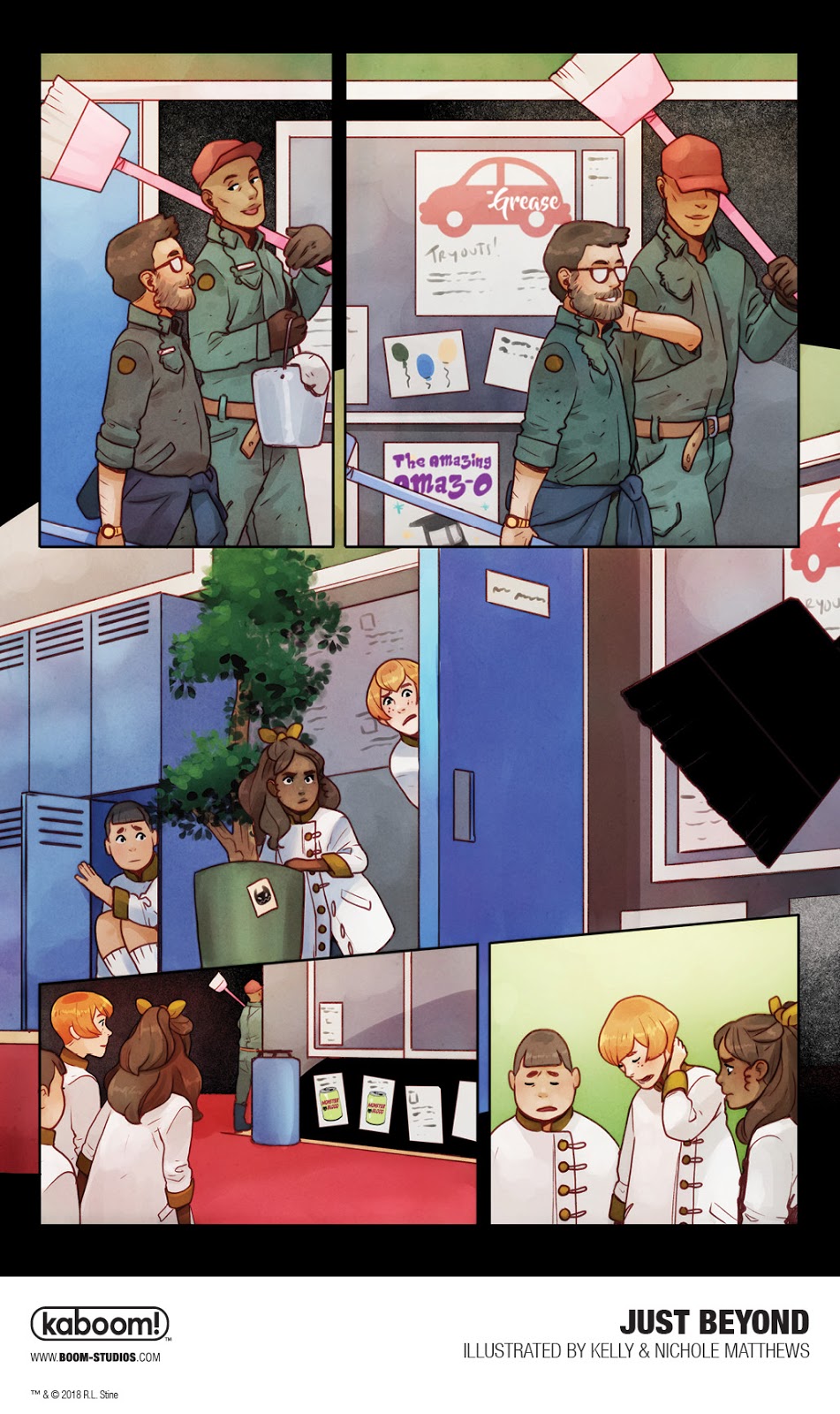 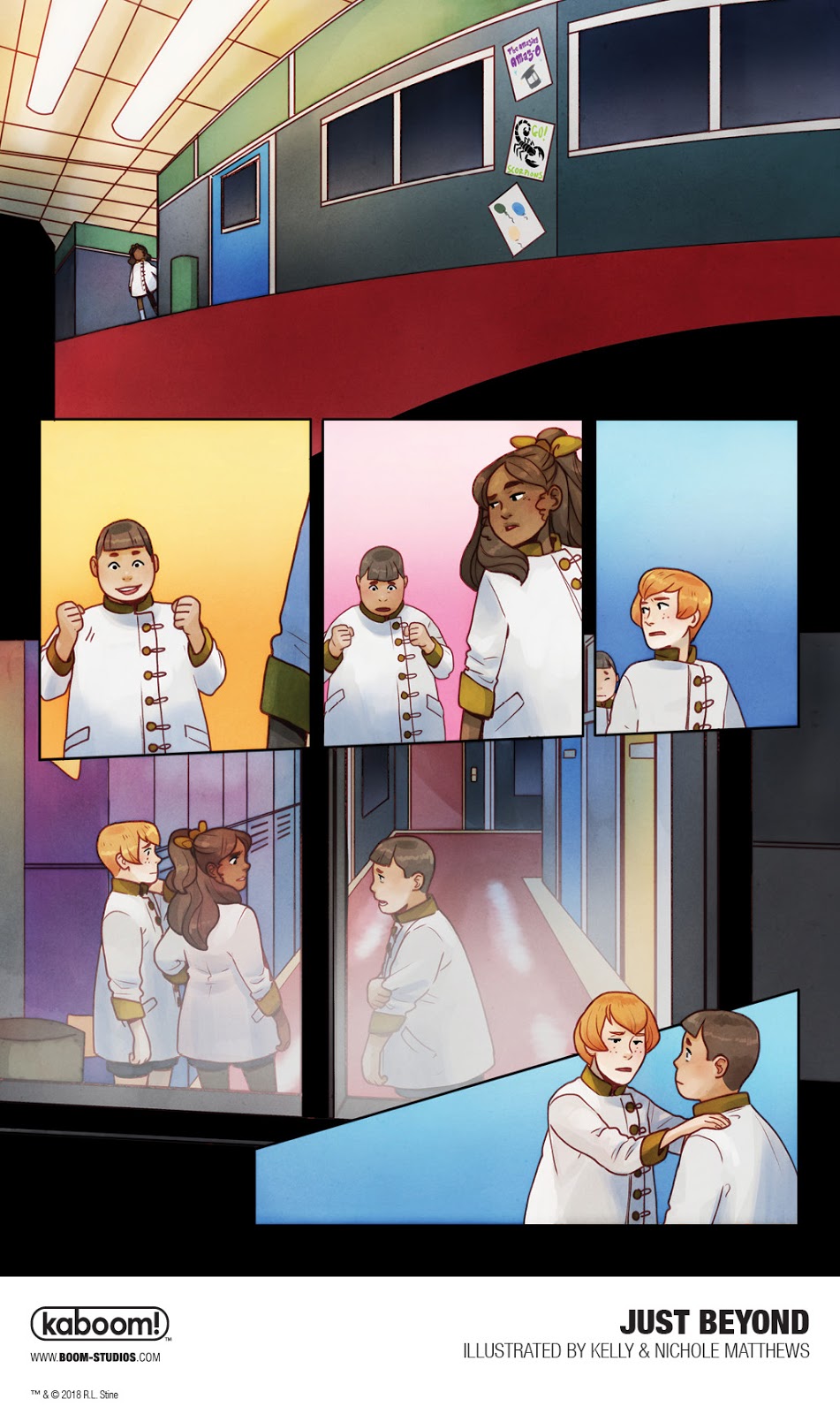 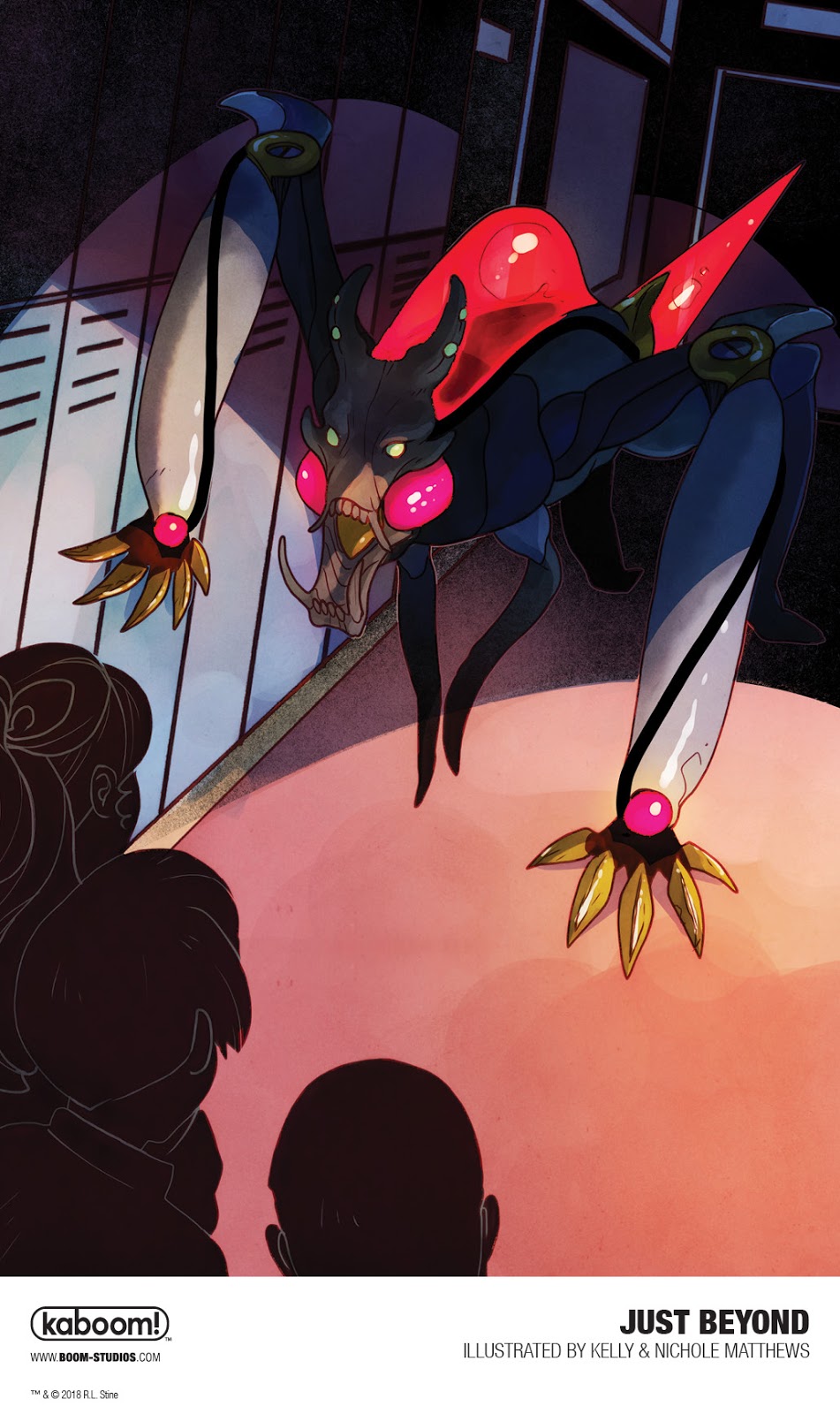 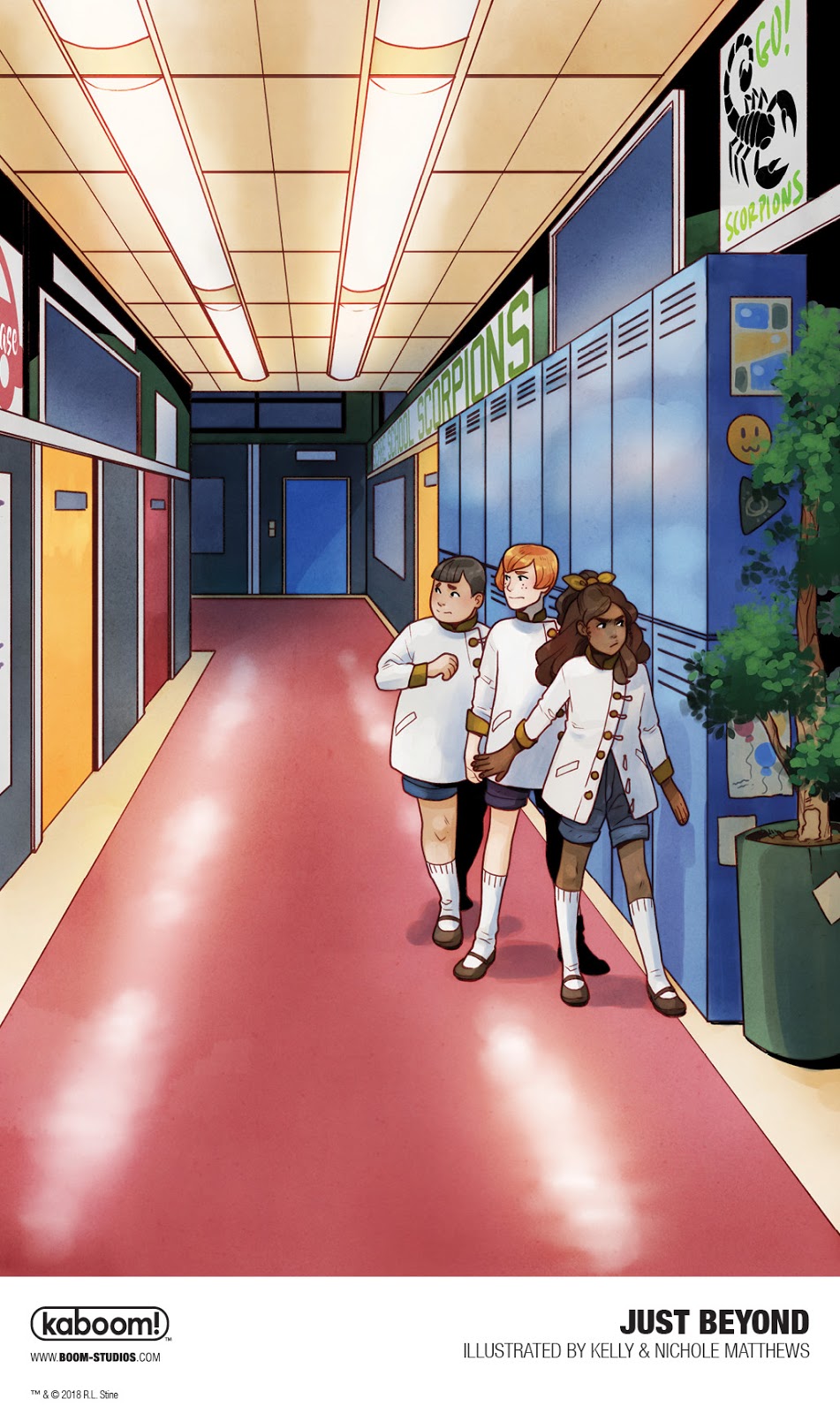 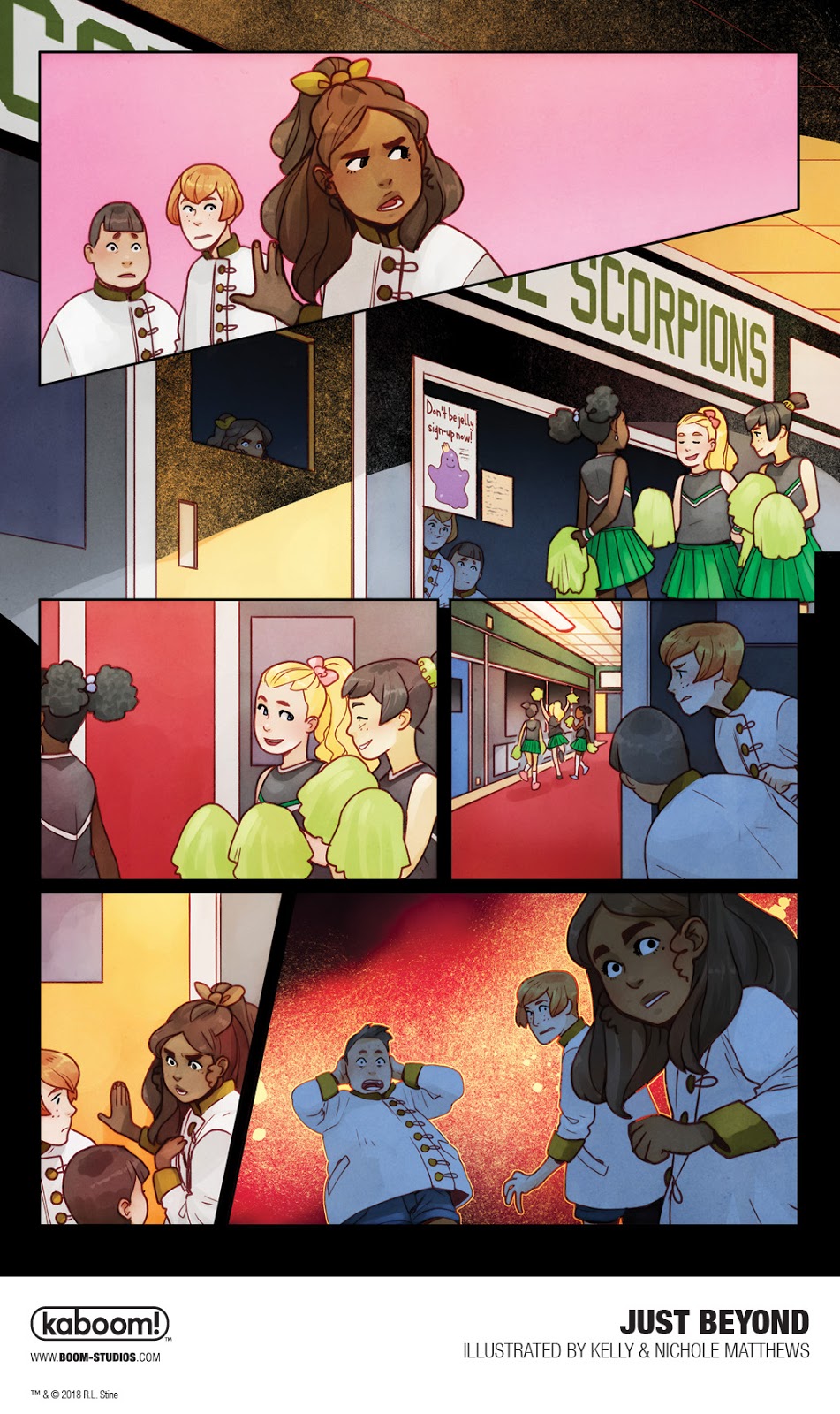 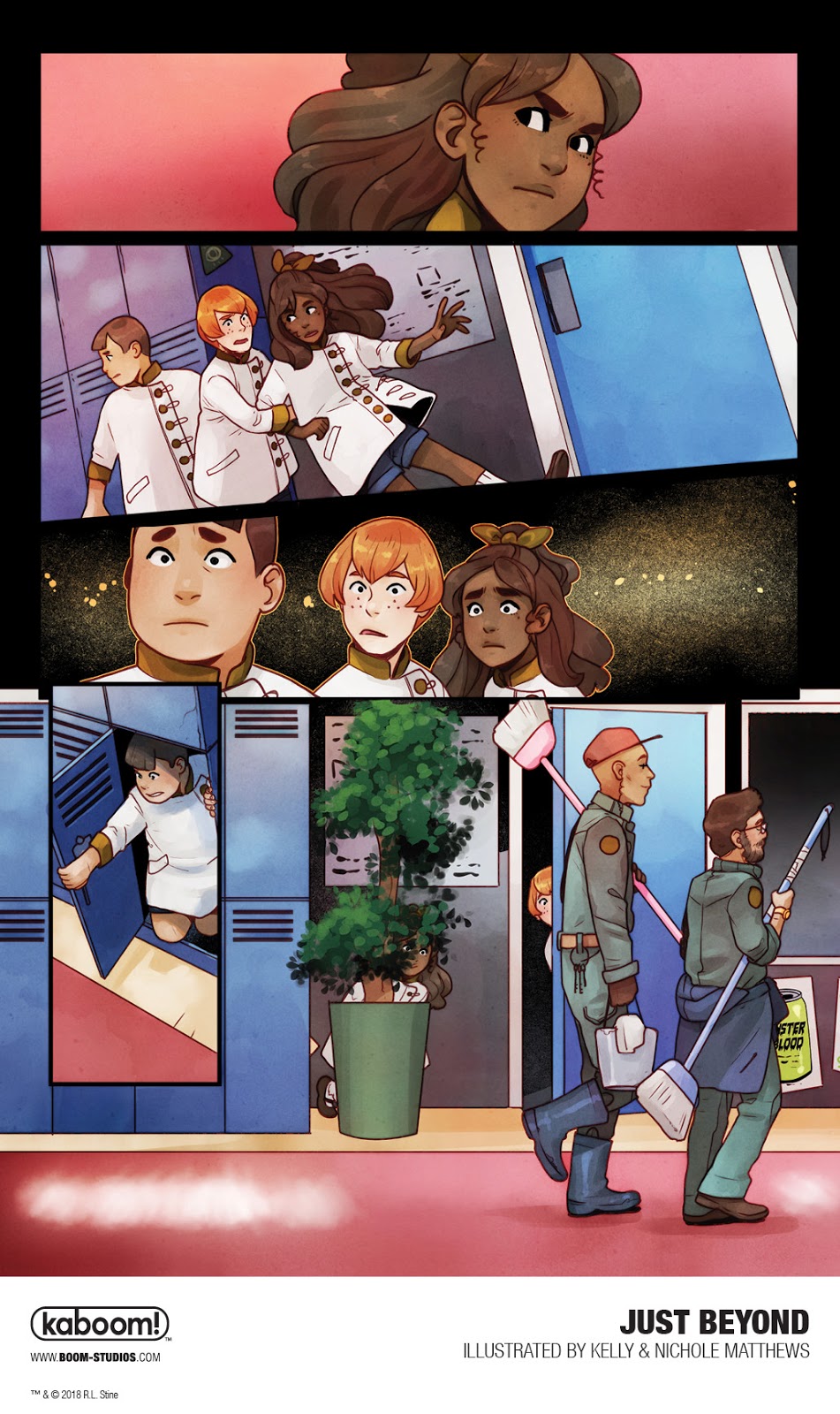 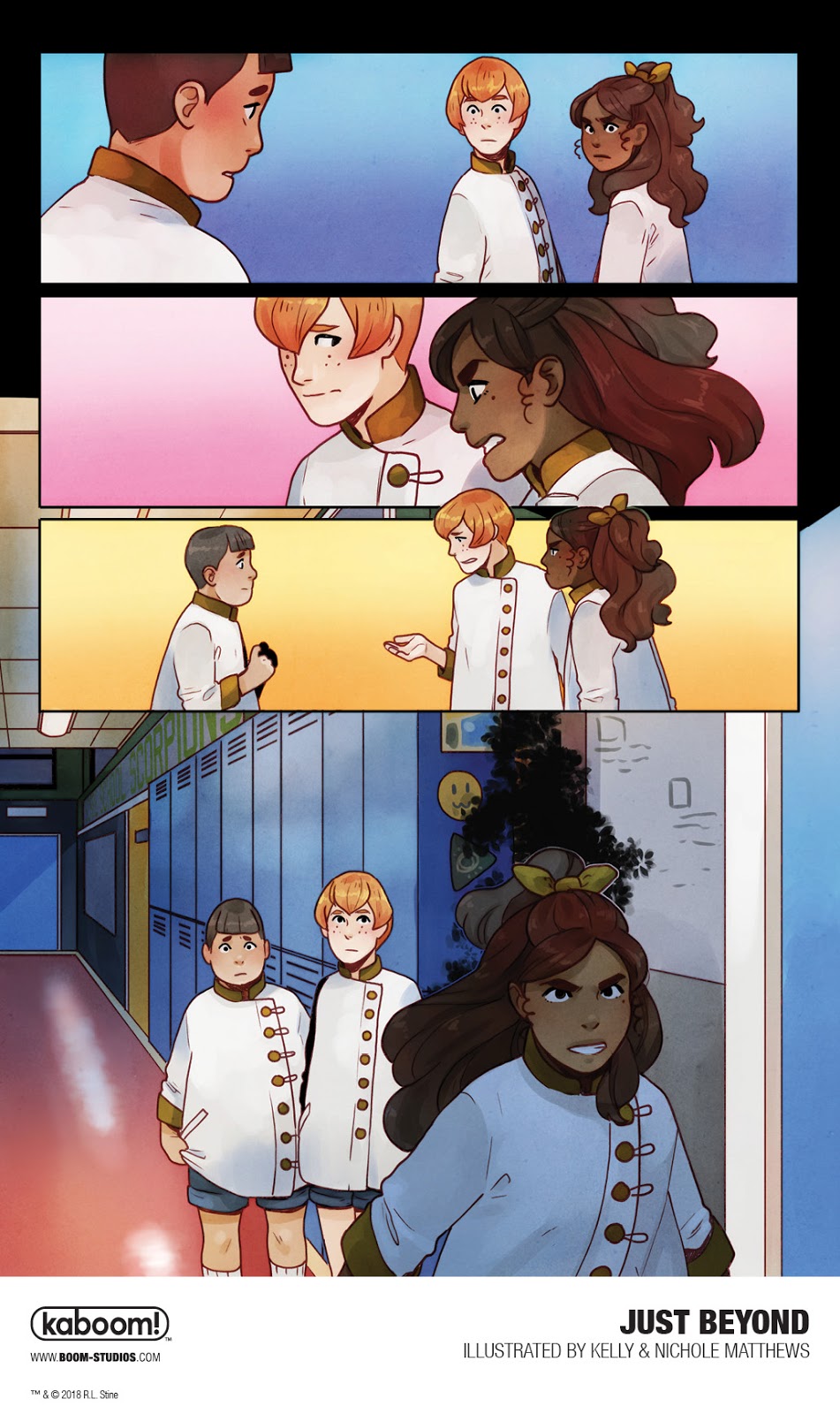