Men In Black and The Ghostbusters Meet for the First Time! 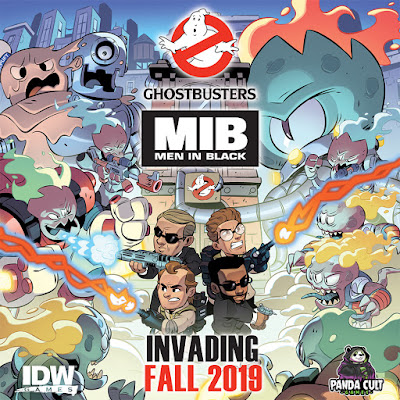 New crossover board game, conceived by Sony and IDW, to headline extensive plan to develop games for both franchises in 2019.

Currently under development, Men In Black/Ghostbusters: Ecto-terrestrial Invasion will be a miniatures loaded board game featuring the world’s foremost protectors teaming up to take down a threat unlike any they have faced before. Making up the Ghostbusters team will be Peter Venkman, Egon Spangler, Ray Stanz, and Winston Zeddmore, and the MIB team will consist of Agent J, Agent K, Agent L and Zed. While these two teams have faced unearthly threats before, the strength of the Ecto-terrestrials is nearly overwhelming, but that doesn’t mean there can’t be a little friendly competition.

Jerry Bennington, IDW Publishing’s VP of New Product Development says “We are excited to bring these two iconic properties together along with an amazing group of development partners. We love the fun story we are telling with this game and hope fans will bring it to the tabletop again and again.”

Men In Black/Ghostbusters: Ecto-terrestrial Invasion miniatures board game will release in late 2019. Additional stand-alone games for each franchise are also currently in development and slated for release next year. 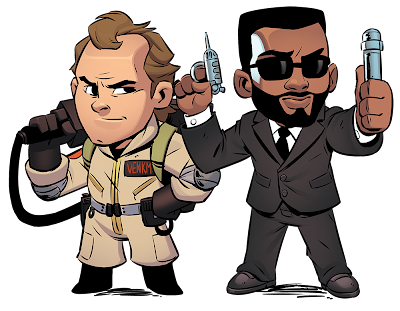