David Suchet voted the best ever Poirot, with over 86% of votes in new poll 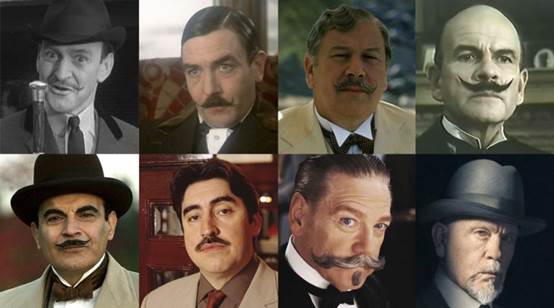 David Suchet has been voted the best ever Poirot, with over 86% of the votes in a new poll by BritishPeriodDramas.com.

Agatha Christie's grandson Mathew Prichard has previously said: "Personally, I regret very much that she never saw David Suchet. I think that visually he is much the most convincing and perhaps he manages to convey to the viewer just enough of the irritation that we always associate with the perfectionist, to be convincing!"

John Malkovich makes his debut as Hercule Poirot in the BBC's new mini-series The ABC Murders later this year. Kenneth Branagh begins filming Death on the Nile, the follow-up to 2017's Murder on the Orient Express movie, very soon. Gal Gadot (Wonder Woman) and Armie Hammer (Call Me By Your Name) recently joined the cast.