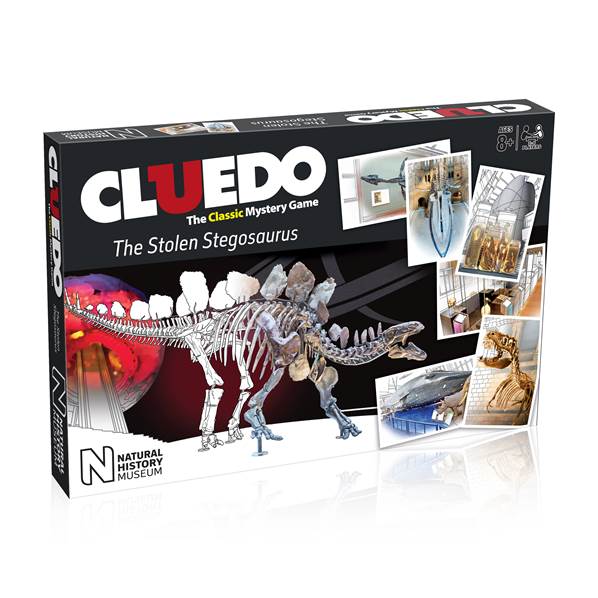 Cluedo: The Stolen Stegosaurus - the must have Natural History Museum family game for Christmas 2018

Following the Jurassic success of their dinosaur-and-animal-themed classic family board games, the Natural History Museum presents its exclusive offering for Christmas 2018, Cluedo: The Stolen Stegosaurus. 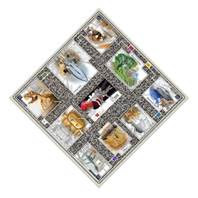 Holding pride of place in the Museum is a 150-million-year-old Stegosaurus stenops skeleton known affectionately as Sophie. Yesterday, in the middle of the night, someone tried to steal it. Fortunately they failed, but the head and tail are now missing.

The police believe the thief escaped the scene of the crime, but hid the fossils within the Museum, planning to collect them when the coast was clear. Their forensics suggest that they could be hidden in one of nine galleries or spaces. They've identified six potential suspects all with means and motive. The police also want to ascertain how the thief accessed the Museum past the exhaustive security systems.

But they can't do it alone. Can you help find the fossils, the thief and how they broke into the Museum? Did Professor Paul Peacock, the Museum scientist, stash the fossils in the Darwin Centre after hiding in a cupboard until nightfall, or did Mary Plum, the Visitor Assistant, scale the walls with a ladder to hide them in the Wildlife Garden? 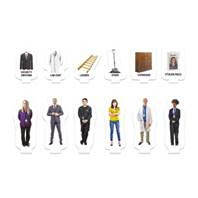 Suspects
Dr Katherine Mustard
A visiting scientist from the USA, she was present when the Stegosaurus was discovered in 2003. Did she want to return it home?

Ben Green
A cleaner at the Museum who was made an offer by a mysterious man for the fossil. Was it too good to refuse?

Professor Paul Peacock
A renowned Museum palaeontologist who has studied the Stegosaur almost to obsession. Due to retire, he was overheard saying that it would break his heart not to see Sophie every day. Did he snap?

Mary Plum
A visitor assistant desperate to impress Professor Peacock. Did she try to steal the skeleton as an attempt to win his affections?

Susie Scarlet
The bubbly security guard with 20 years of knowledge. There's not a camera or alarm that Susie doesn't know about. Recently she has appeared tense and flustered, does she have a guilty conscience?

Jonathan White
A wealthy businessman who has amassed his own private natural history collection. Did he try to steal Sophie for himself?

The Crime ScenesEarth Hall
The home of Sophie. Feel the drama of the planet in this hall featuring celestial maps and an escalator ascending through a giant metallic globe.

Treasures in the Cadogen Gallery
Explore 22 objects spanning billions of years of the Earth's history. Each telling a remarkable story. From moon rock to Darwin's pigeons, these are some of the Museum's most extraordinary specimens.

Wildlife Garden
A green haven in the heart of the city. More than 3130 species of flora and fauna have been identified here since it opened in 1995.

Mammals Hall
Home to the biggest mammals in the animal kingdom. From a blue whale suspended from the ceiling to mammoths, giraffes and hippos on the ground.

Darwin Centre
Get up close to specimens in the Zoology spirit building or meet real life experts in the Attenborough studio.

Fossil Marine Reptiles
The gallery to find out what was happening in the oceans when dinosaurs roamed the land.

Minerals
Step back in time to see the Museum as it was in 1881 in this gallery. See sparkling gems alongside raw minerals.

Dinosaurs
The world-famous home to a roaring T. rex and the skull of a Triceratops.

Entrance methods
The police believe the suspect entered the Museum by one of the following methods: 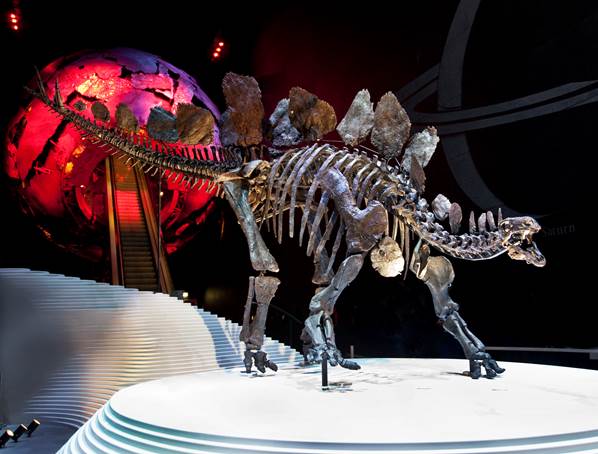 Sophie is a 150-million-year-old Stegosaurus stenops skeleton housed in the Earth Hall. It is the most complete skeleton of the species ever found, and was unearthed in Wyoming, USA in 2003. It took 18 months to dig the fossil out of the ground and required a team of specialists to assemble the skeleton of over 300 bones. At 560 centimetres long and 290 centimetres high it is an imposing sight, despite scientists believing it was a juvenile when it died.

Cluedo: The Stolen Stegosaurus - £30.00. Available on pre-order now. Due into stock in October.