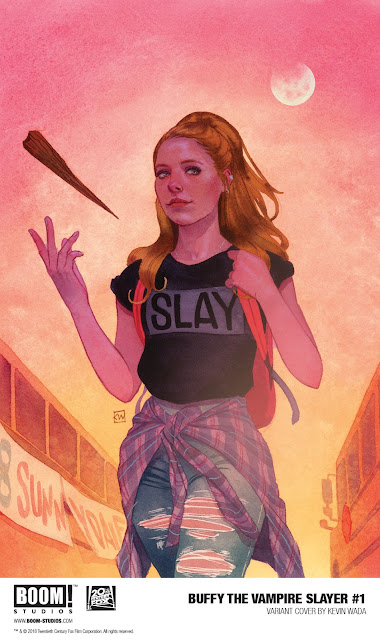 This is the Buffy Summers you know, who wants what every average teenager wants: friends at her new school, decent grades, and to escape her imposed destiny as the next in a long line of vampire slayers tasked with defeating the forces of evil. But the Slayer’s world looks a lot more like the one outside your window, as this new series brings her into a new era with new challenges, new friends...and a few enemies you might already recognize. The more things change, the more they stay the same, as the Gang – Giles, Willow, Xander, Cordelia and more – faces brand new Big Bads, and a threat lurking beneath the perfectly manicured exterior of Sunnydale High, confirming what every teenager has always known: high school truly is hell.

WELCOME BACK TO THE HELLMOUTH, FOR THE FIRST TIME!

“Buffy has brought my life so much joy and to be part of that now is ridiculously overwhelming on many levels,” said writer Jordie Bellaire. “My very favorite aspect of Buffy is how we have a wide group of characters that love each other, hurt each other and sometimes, they even kill each other. I can't wait to dabble within that universe to find new stories, explore older ones and forever maintain the theme of self discovery and growing up, whatever that means.”

“It’s an exciting opportunity to be part of reimagining and redesigning the world of Buffy for a modern era while also honoring its exciting history,” said artist Dan Mora. “The series offers a unique mix of horror, action and the experience of being a teenager where it feels like the world is ending – and in this case, it might!”

“The world of Buffy The Vampire Slayer has been so richly developed over the last twenty years, so when it came time for us to decide where to take the franchise under Joss’ guidance, there was only one answer in our minds – reimagining the story of Buffy and the Gang for a new generation,” said Jeanine Schaefer, Executive Editor, BOOM! Studios. “The world right now is scarier than it’s ever been; placing these characters firmly in 2019, we can use the themes that were so integral to the show -- identity, agency, and empathy -- to examine our world and the heroes and monsters that lurk inside all of us...and punch those monsters right in the face. Whether you’re a long time member of the Scooby Gang or totally new to the world of the Chosen One, BUFFY THE VAMPIRE SLAYER #1 was made for you.”

Print copies of BUFFY THE VAMPIRE SLAYER #1 will be available for sale on January 9th, 2019 exclusively at local comic book shops (use comicshoplocator.com to find the nearest one) or at the BOOM! Studios webstore. Digital copies can be purchased from content providers, including comiXology, iBooks, Google Play, and the BOOM! Studios app. 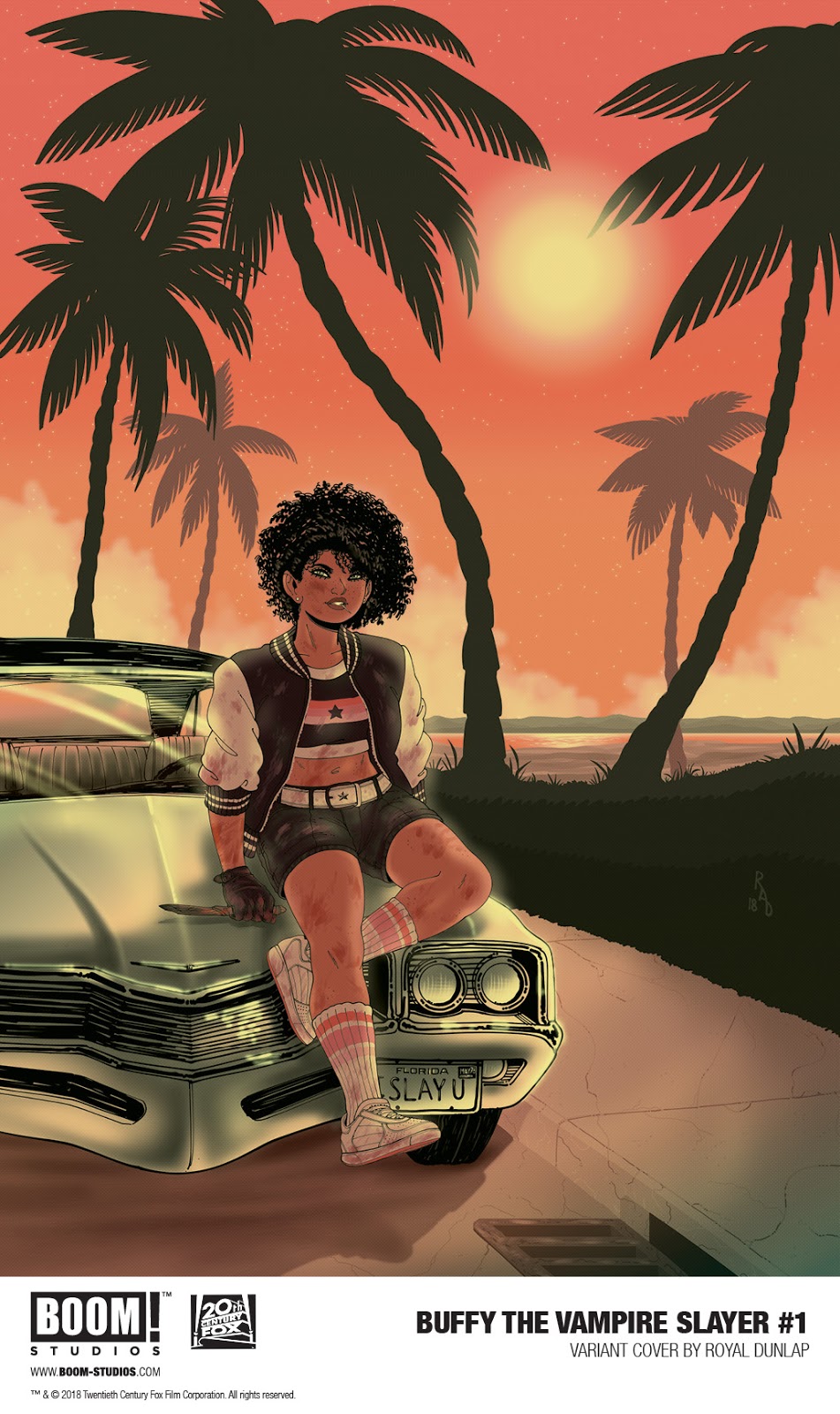 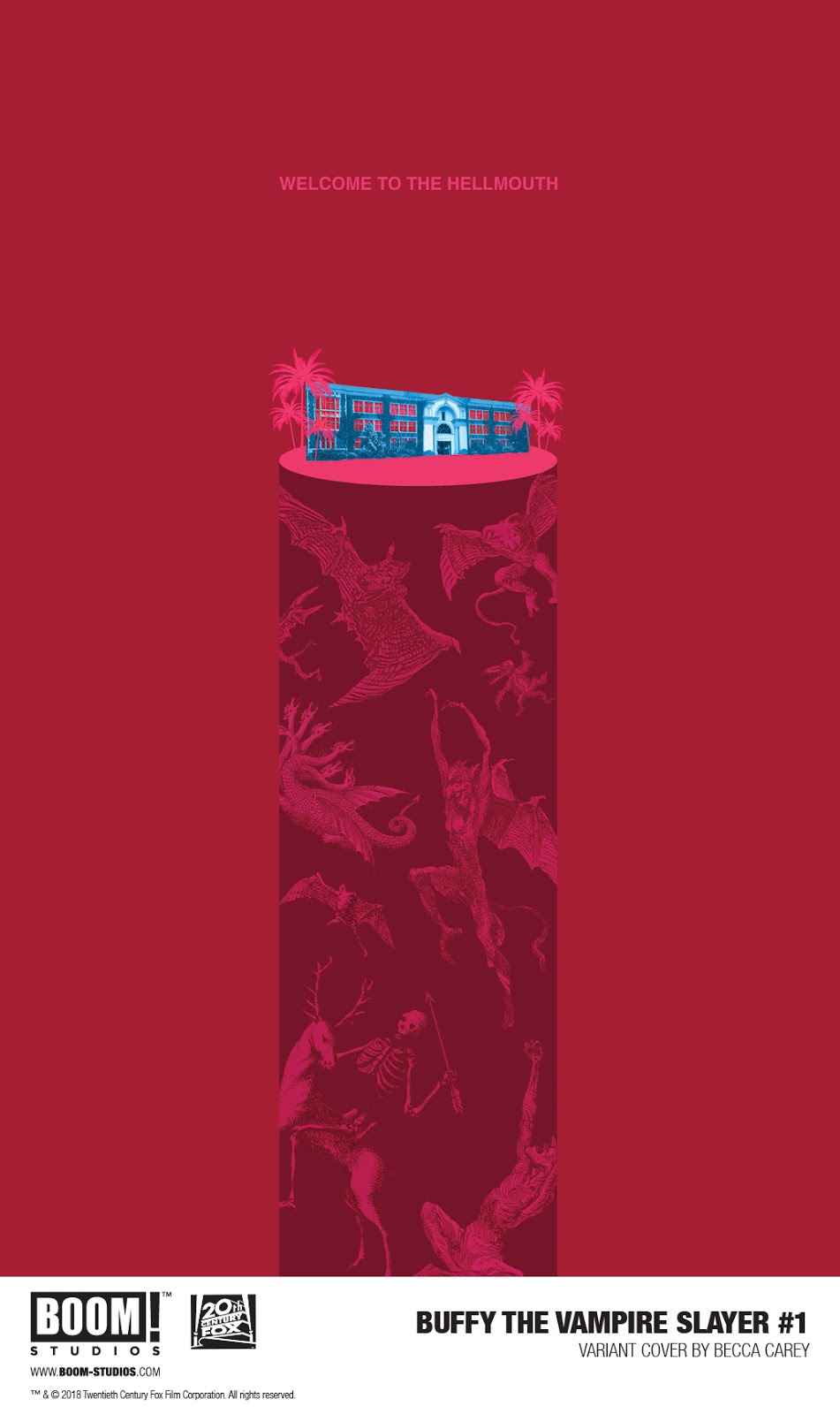 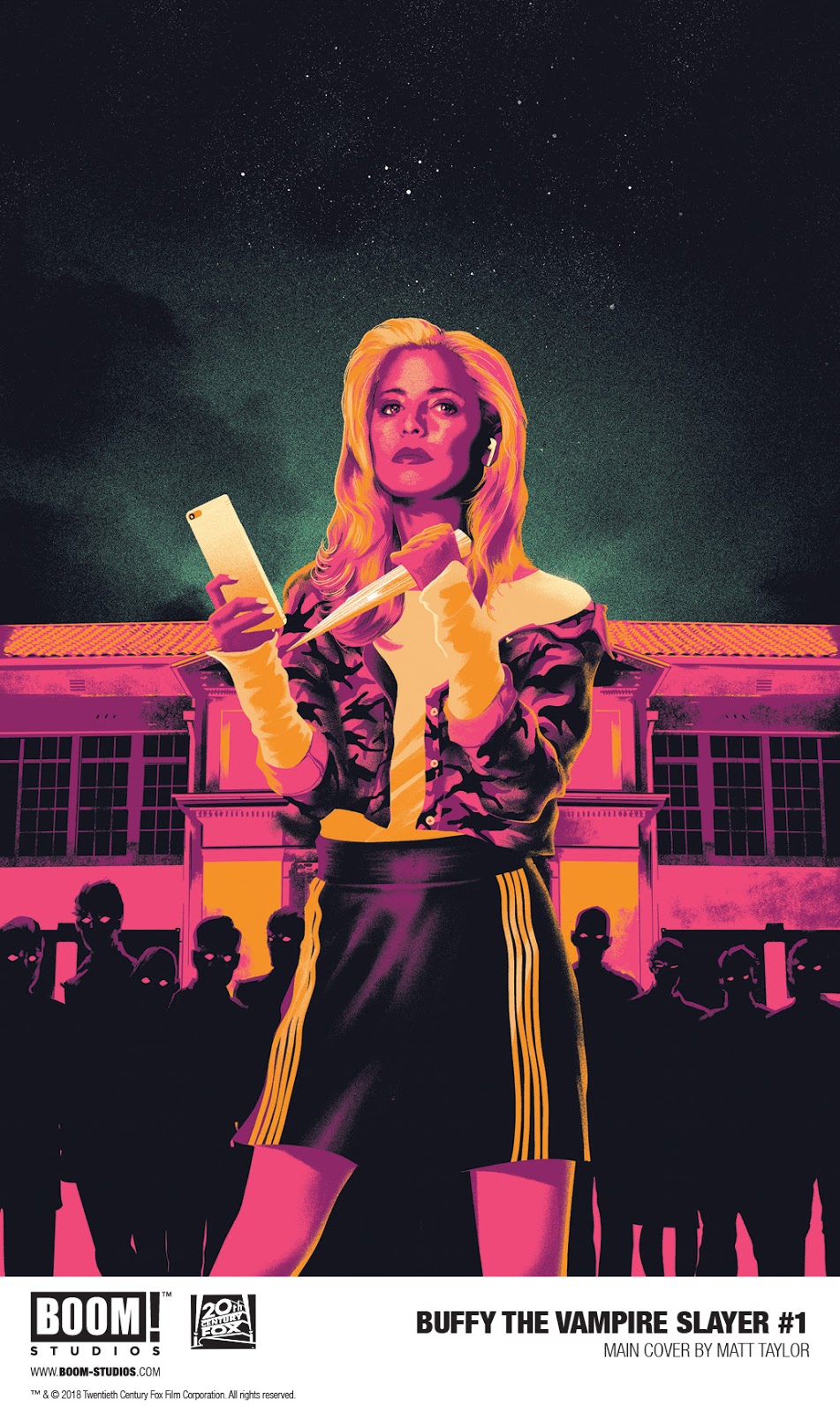 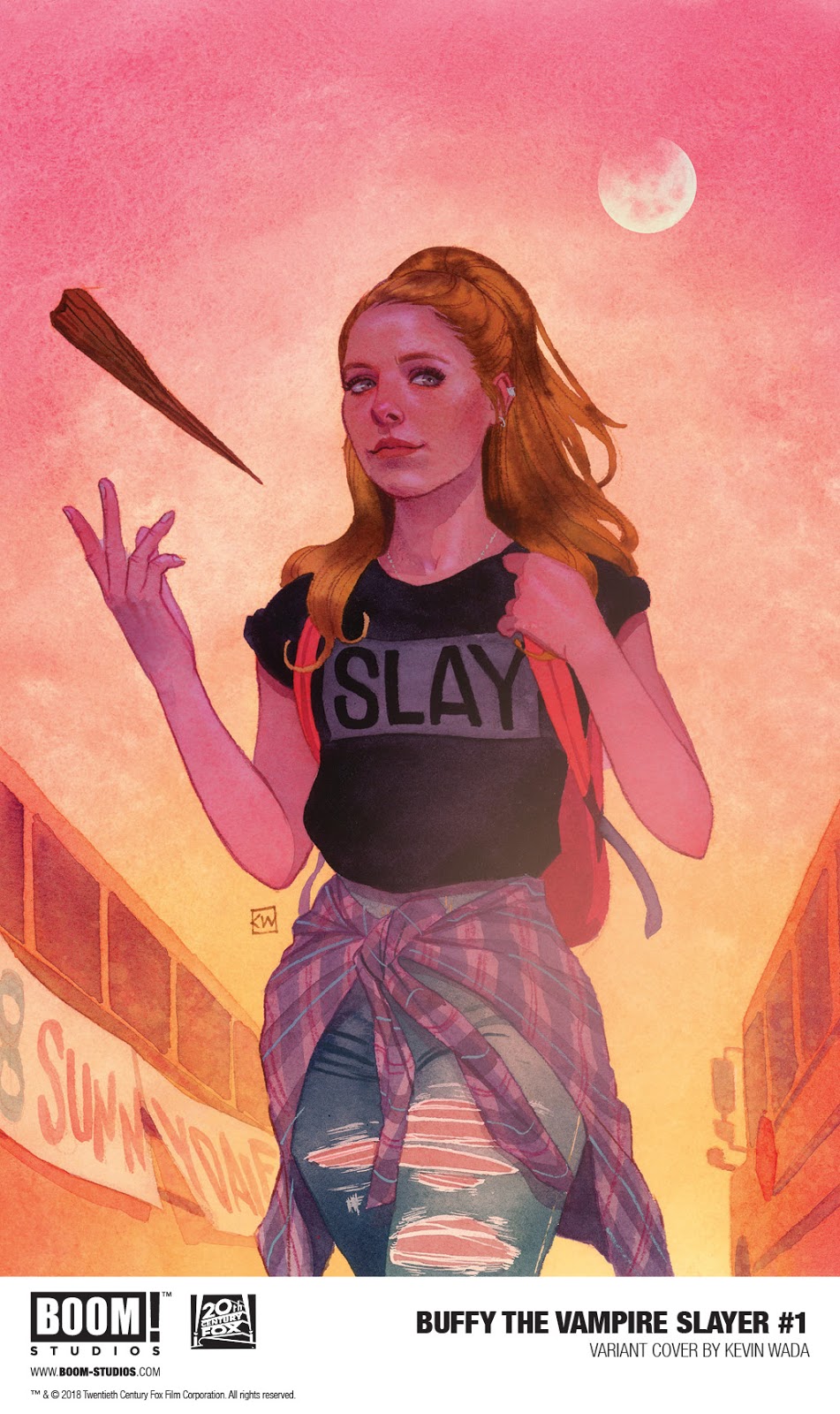