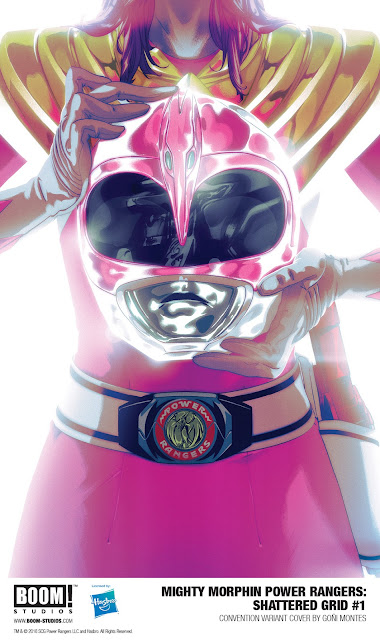 MIGHTY MORPHIN POWER RANGERS: SHATTERED GRID #1, the game-changing conclusion to the first comic book event in franchise history, returns with a new variant cover by Goñi Montes. This all-new cover commemorates one of the most iconic moments from Shattered Grid with a new image of Kimberly Hart, the Mighty Morphin Pink Power Ranger, with the Dragon Dagger and Dragon Shield. This variant cover will debut exclusively at the BOOM! Studios booth (#1828) at New York Comic Con, with an MSRP of $40.00.

Please note that due to the limited quantities available, there will be a strict limit of (2) copies of this MIGHTY MORPHIN POWER RANGERS: SHATTERED GRID #1 variant cover per customer per day.

“It’s been exciting to see how fans have instantly fallen in love with the iconic moments that the team created in Shattered Grid – and few have elicited more cheers than Kim getting a cool power upgrade,” said Dafna Pleban, Senior Editor, BOOM! Studios. “Goñi has created some of the memorable Power Rangers comic book covers we’ve ever produced and we’re thrilled to have him back to celebrate Shattered Grid once again.”

Currently, Power Rangers is celebrating 25 continuous years on the air, making it one of the longest running kids’ live-action series in television history with nearly 900 episodes aired to date. Created by Haim Saban and launched in 1993 with Mighty Morphin Power Rangers, the franchise celebrates its milestone anniversary year with the 25th season in “Power Rangers Super Ninja Steel.”

For continuing news on POWER RANGERS comics and more from BOOM! Studios, stay tuned to www.boom-studios.com and follow @boomstudios on Twitter. 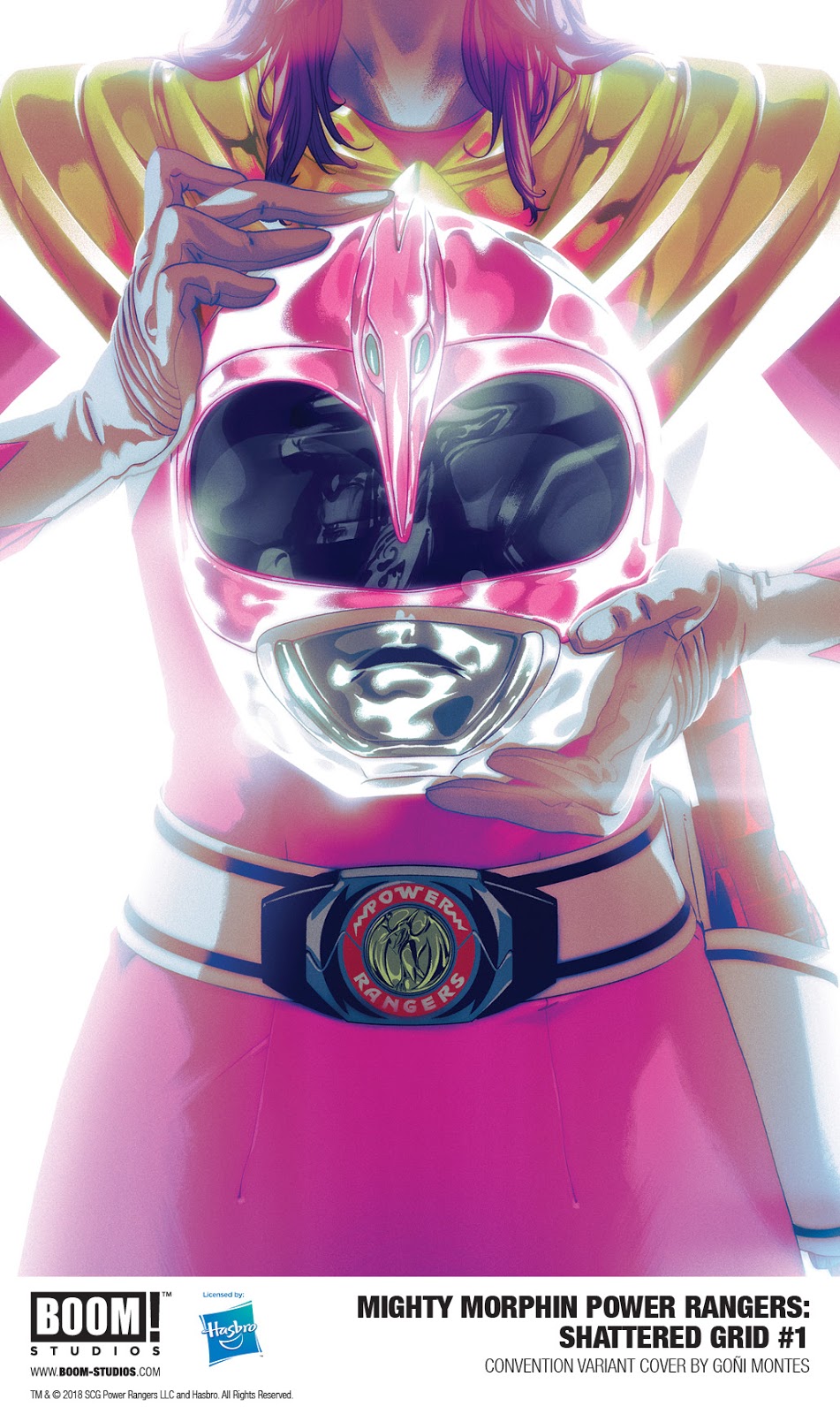