AVENGERS #700: Celebrate the Landmark Anniversary Issue with a Cover from David Finch! 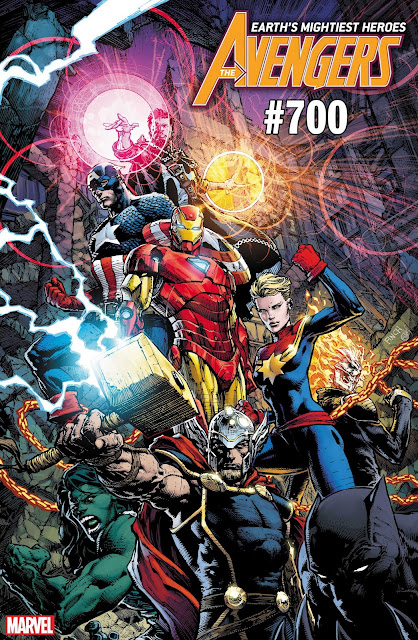 There’s no rest for the heroes who protect Earth…not even when it comes to the Avengers! Earth’s Mightiest Heroes will find themselves facing some of their harshest battles yet – including Namor’s fearsome new Defenders of the Deep and the reimagined Russian Super-Soldiers of the Winter Guard!

It’s an issue fans won’t want to miss, as the mystery of the 1M BC Avengers continues! Plus, an intriguing and important surprise about Wolverine’s return is revealed…as well as one brand-new Avenger! It all happens in AVENGERS #700, arriving in local comic shops this November!