Your First Look At WWE: UNDERTAKER From Boom! Studios 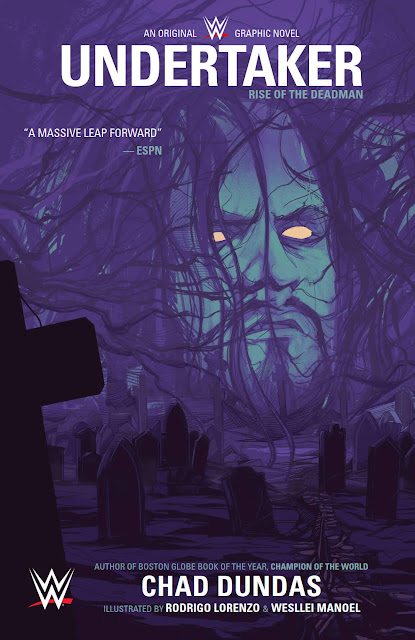 Your First Look At WWE: UNDERTAKER Original Graphic Novel The Untold Story Of The Phenom Is Revealed!

Discover the untold story of the iconic WWE Superstar from BOOM! Studios in October 2018

BOOM! Studios and WWE today unveiled a first look at WWE: UNDERTAKER, the all-new original graphic novel exploring the career of the legendary Superstar, considered one of the greatest performers in WWE history. For the first time, novelist, journalist, and combat sports expert Chad Dundas (author of the Boston Globe Book of The Year Champion of the World) and artist Rodrigo Lorenzo (WWE) chronicle the unrivaled career of The Undertaker, with new revelations and surprises about some of the most pivotal moments in his more than twenty-five year history in WWE.

WWE: UNDERTAKER features a haunting cover by artist Oliver Barrett, whose work has been featured by ESPN, Mondo, The Atlantic, Men’s Health and more.

“There’s no one more awe inspiring in WWE than The Undertaker and this original graphic novel shows us how he became the unstoppable Phenom,” said Chris Rosa, Editor, BOOM! Studios. “From his childhood, up and down relationships with Paul Bearer and Kane, and his meteoric rise to the top of WWE, WWE: UNDERTAKER will show you a side of the Dead Man’s story that you’ve never seen before.”

Print copies of WWE: UNDERTAKER will be available for sale on October 31st at local comic book shops (use comicshoplocator.com to find the nearest one) and on November 6th at bookstores or at the BOOM! Studios webstore. Digital copies can be purchased from content providers, including comiXology, iBooks, Google Play, and the BOOM! Studios app.

For continuing news on WWE: UNDERTAKER and more from BOOM! Studios, stay tuned to www.boom-studios.com and follow @boomstudios on Twitter. 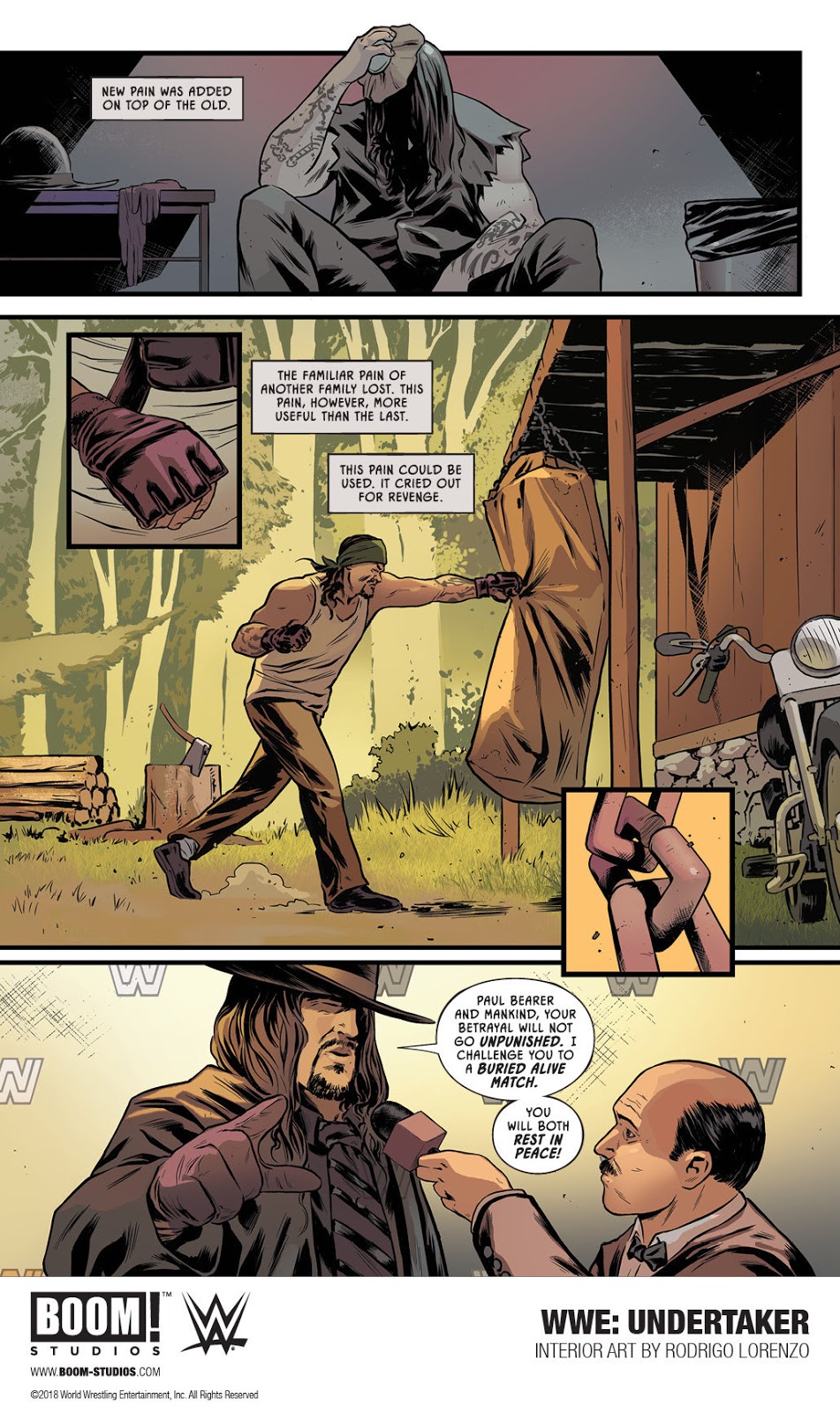 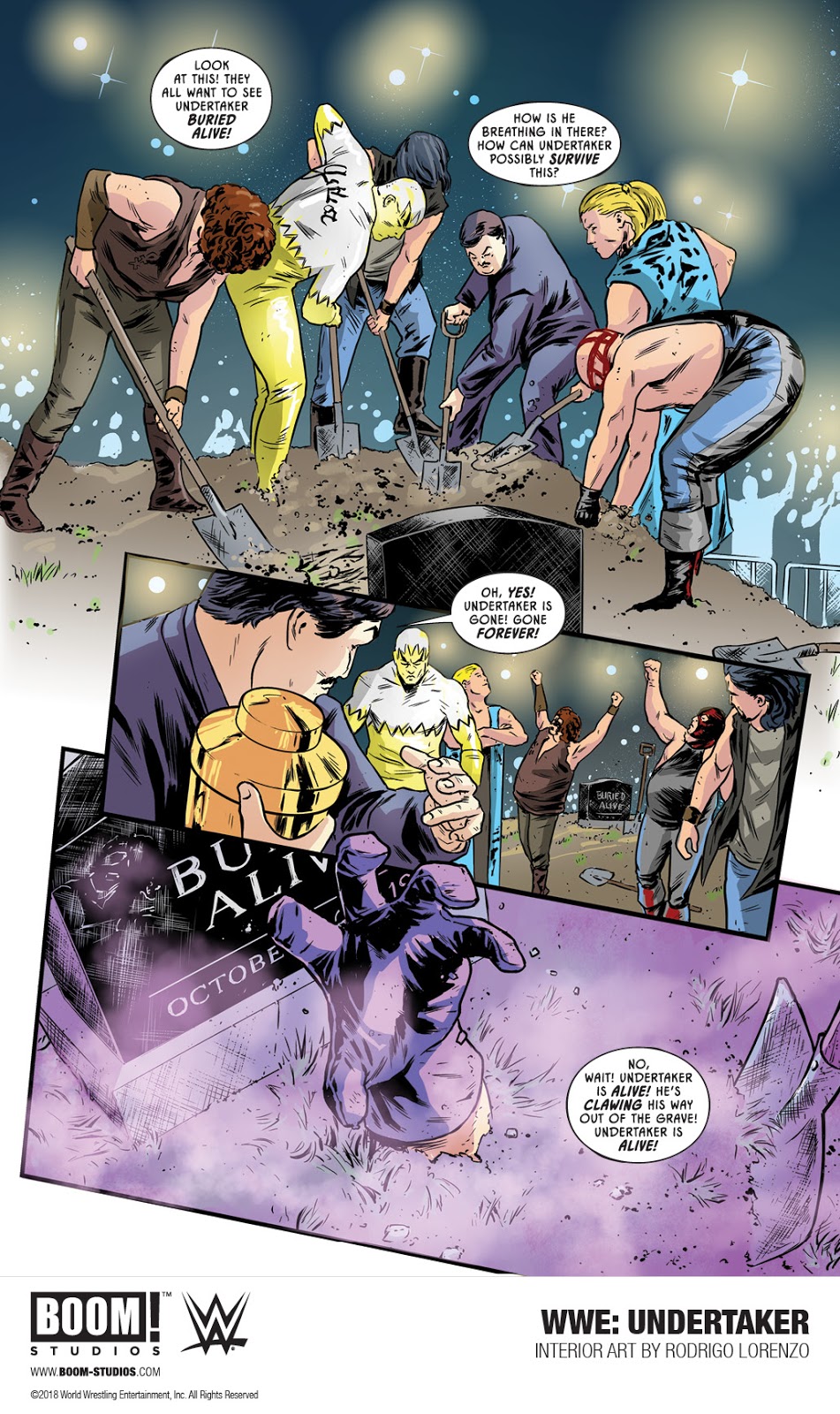 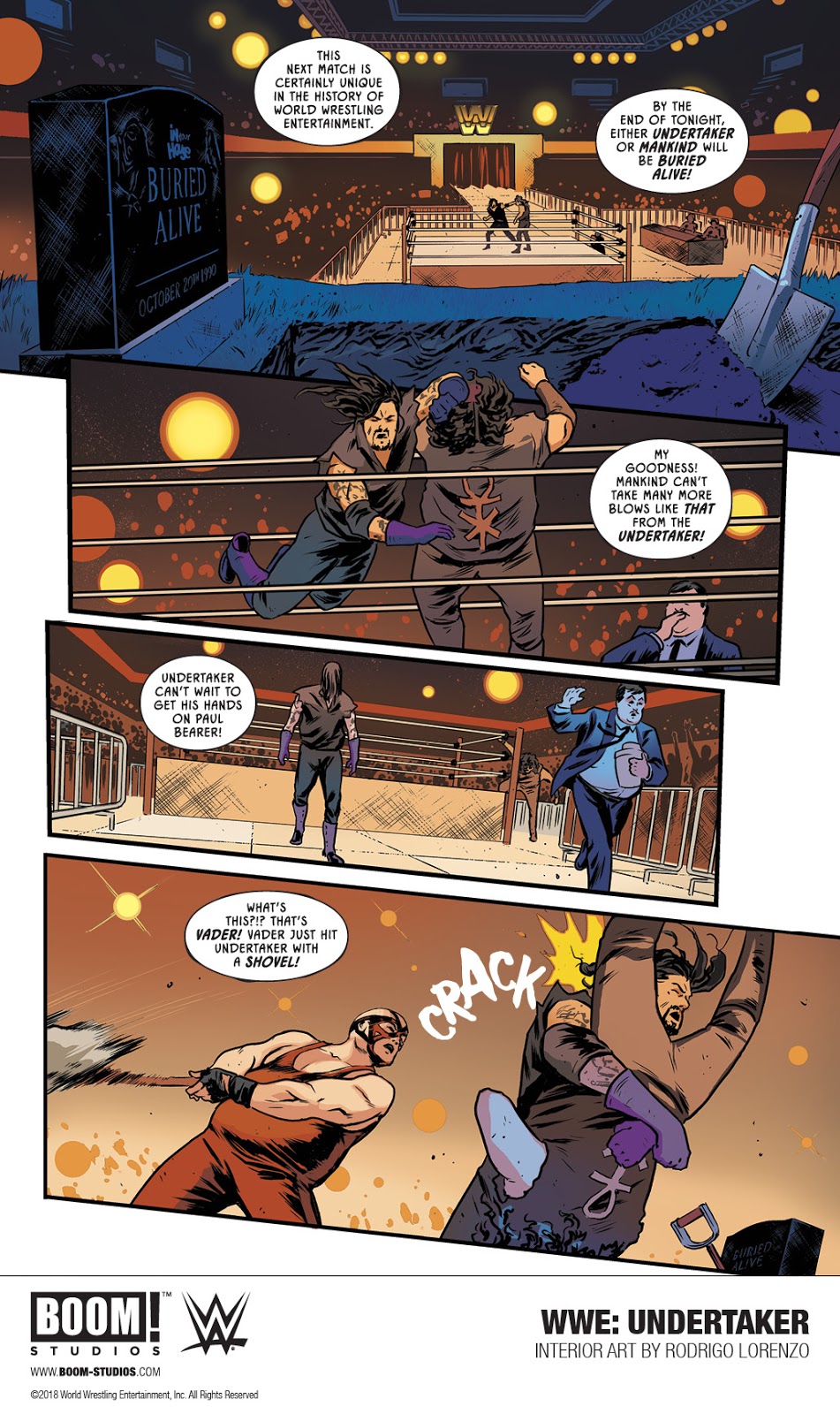