Your First Look At The Untold Story Of The Legendary Green Ranger from BOOM! Studios 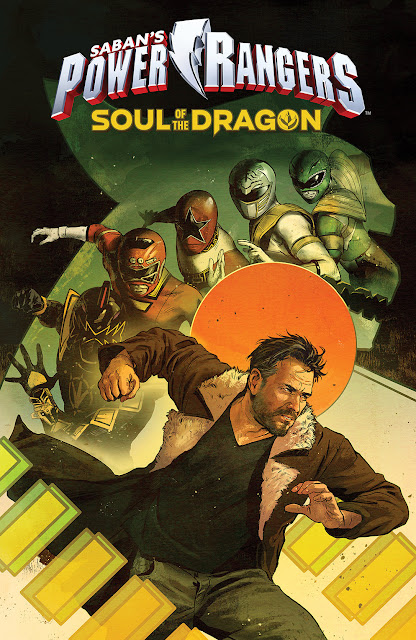 It’s been a long time since Tommy Oliver has served as a Power Ranger. He’s defeated space witches, brought down evil armies, protected the galaxy, but now Tommy leaves protecting the world to the Power Rangers at Space Patrol Delta. But when his son goes missing, it’s up to Tommy to discover a secret in his past, in order to save his future. Now Tommy will call on all his training, his friends, and maybe even some of his enemies as he sets out on his most important mission: find his son and bring him home.

“We were really excited to dig into what really makes Tommy tick, beyond being a Ranger, but what he will do to protect the people in his life that he loves—and the lengths he’ll go to keep them safe, even if it means returning to a life that you thought was in the past,” said Dafna Pleban, Senior Editor, BOOM! Studios. “SABAN'S POWER RANGERS: SOUL OF THE DRAGON is all about the difficulty of determining the right thing—and the fight to make it a reality, even when the odds seem stacked against you. Luckily for Tommy, he’s no ordinary man—and this is no ordinary adventure!”

“SABAN'S POWER RANGERS: SOUL OF THE DRAGON continues to exemplify the exciting ways we are working with BOOM! Studios to develop new Power Rangers stories that both expand and deepen our lore,” said Brian Casentini, SVP Power Rangers Franchise Development and Production. “It’s been a pleasure collaborating with Kyle, Giuseppe, Jason David Frank, and the entire team at BOOM! Studios to help bring to life a story that both honors the rich 25 year history of a character as iconic as Tommy Oliver while also moving his story forward in bold, exciting, and surprising new ways.”

Print copies of SABAN'S POWER RANGERS: SOUL OF THE DRAGON will be available for sale on December 5th, 2018 at local comic book shops (use comicshoplocator.com to find the one nearest you) and on December 11th, 2018 at bookstores or at the BOOM! Studios webstore. Digital copies can be purchased from content providers like comiXology, iBooks, Google Play, and the BOOM! Studios app.

Currently, Power Rangers is celebrating 25 continuous years on the air, making it one of the longest running kids’ live-action series in television history with nearly 900 episodes aired to date. Created by Haim Saban and launched in 1993 with Mighty Morphin Power Rangers, the franchise celebrates its milestone anniversary year with the 25th season in “Power Rangers Super Ninja Steel.”

For continuing news on SABAN'S POWER RANGERS: SOUL OF THE DRAGON and more from BOOM! Studios, stay tuned to boom-studios.com and follow @boomstudios on Twitter. 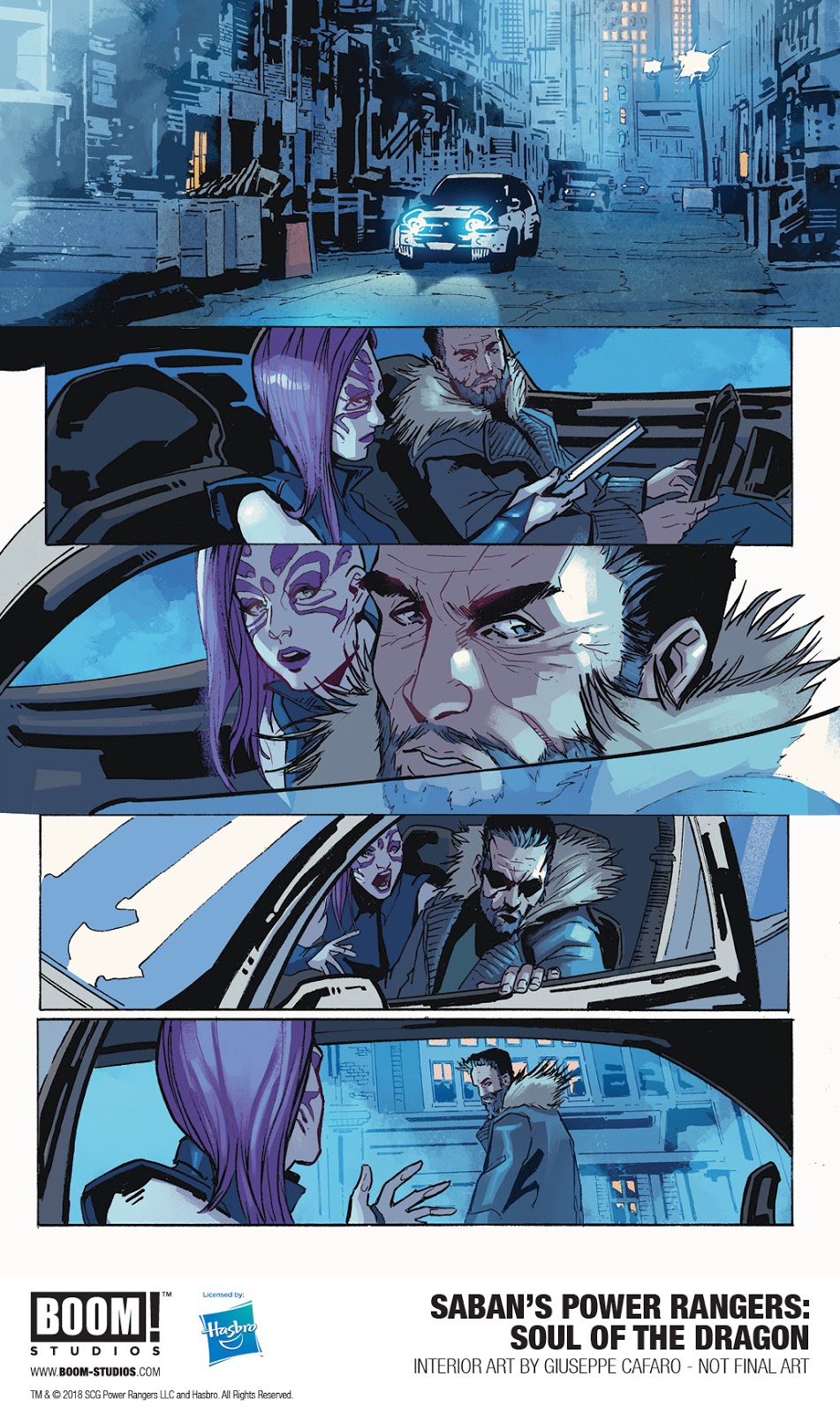 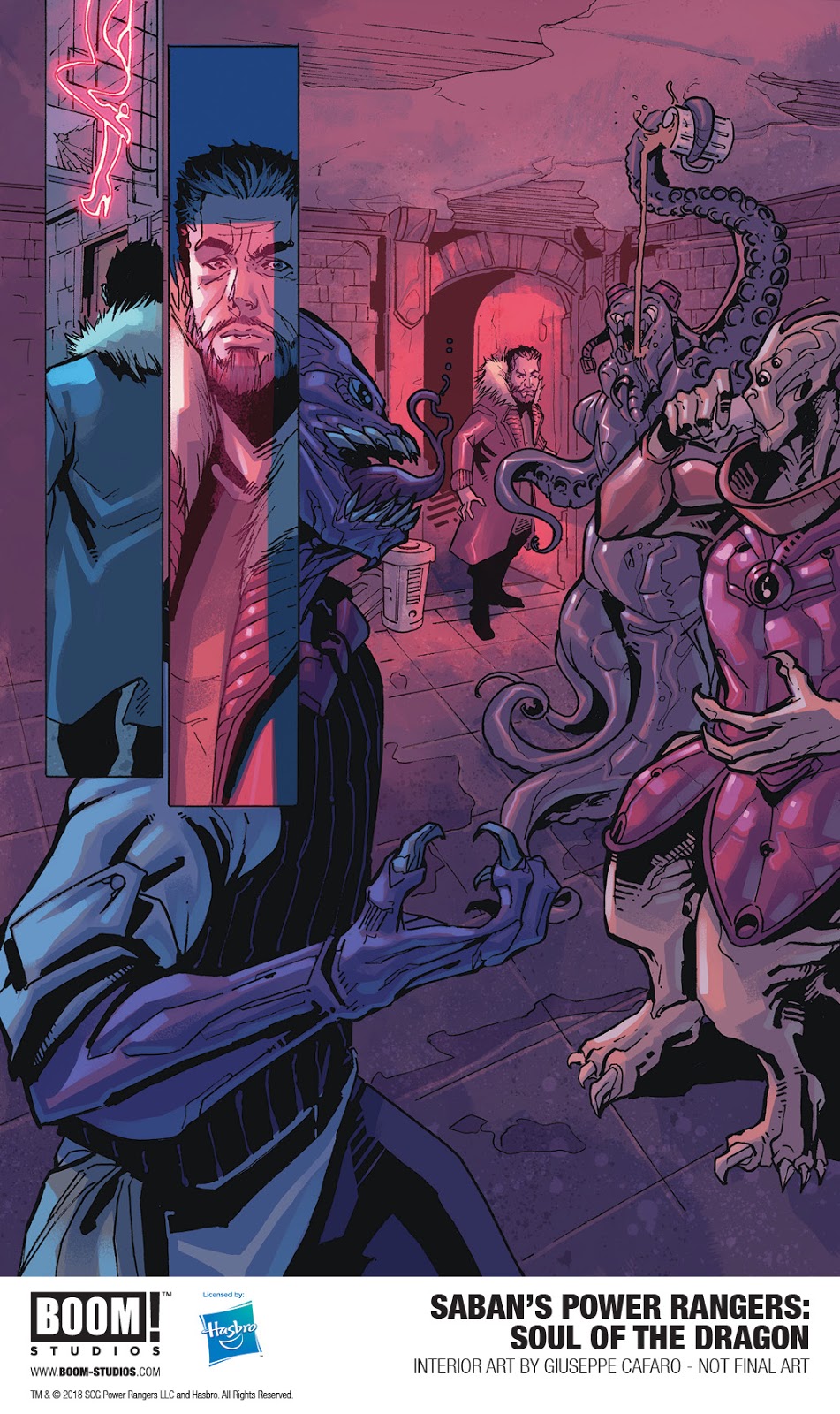 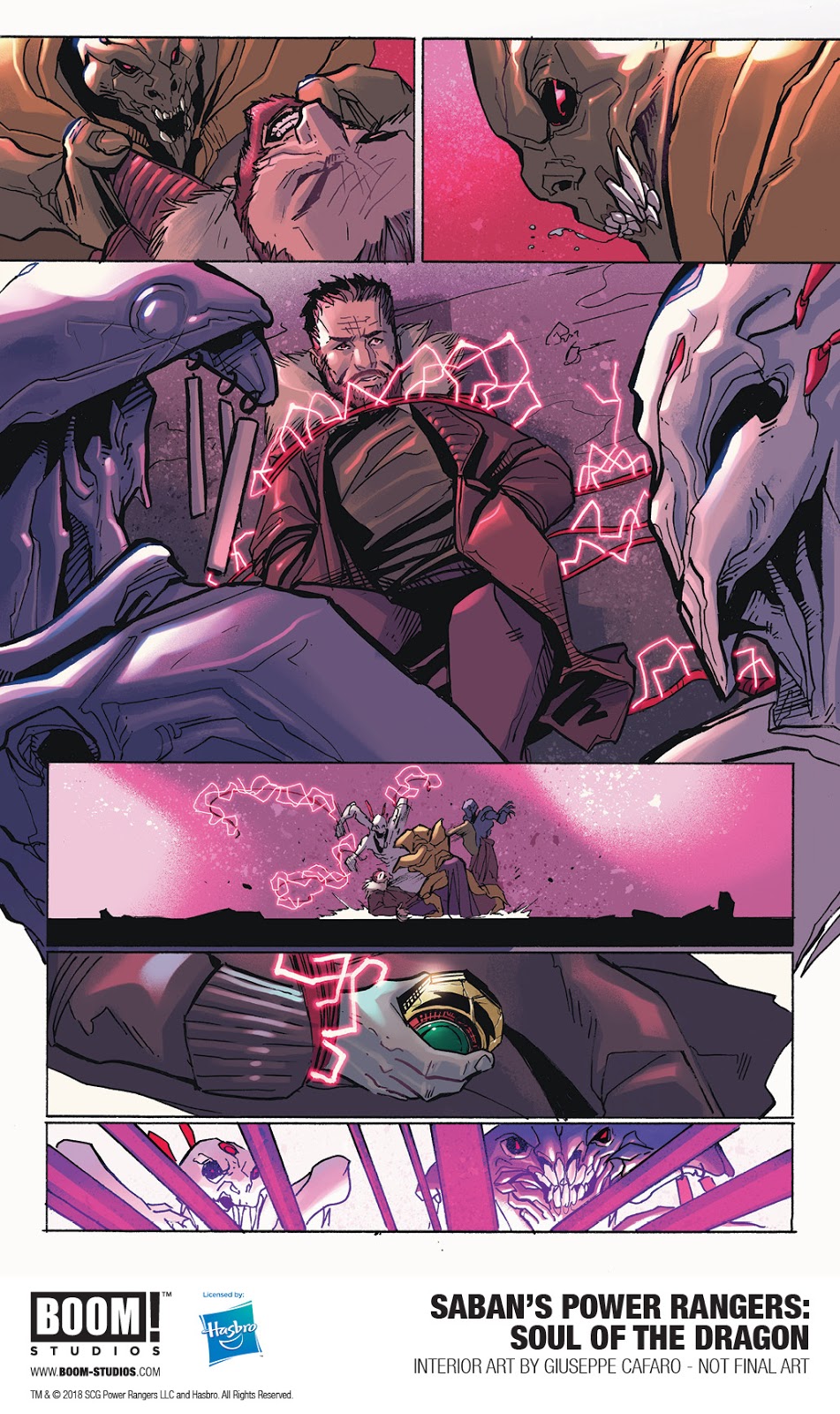 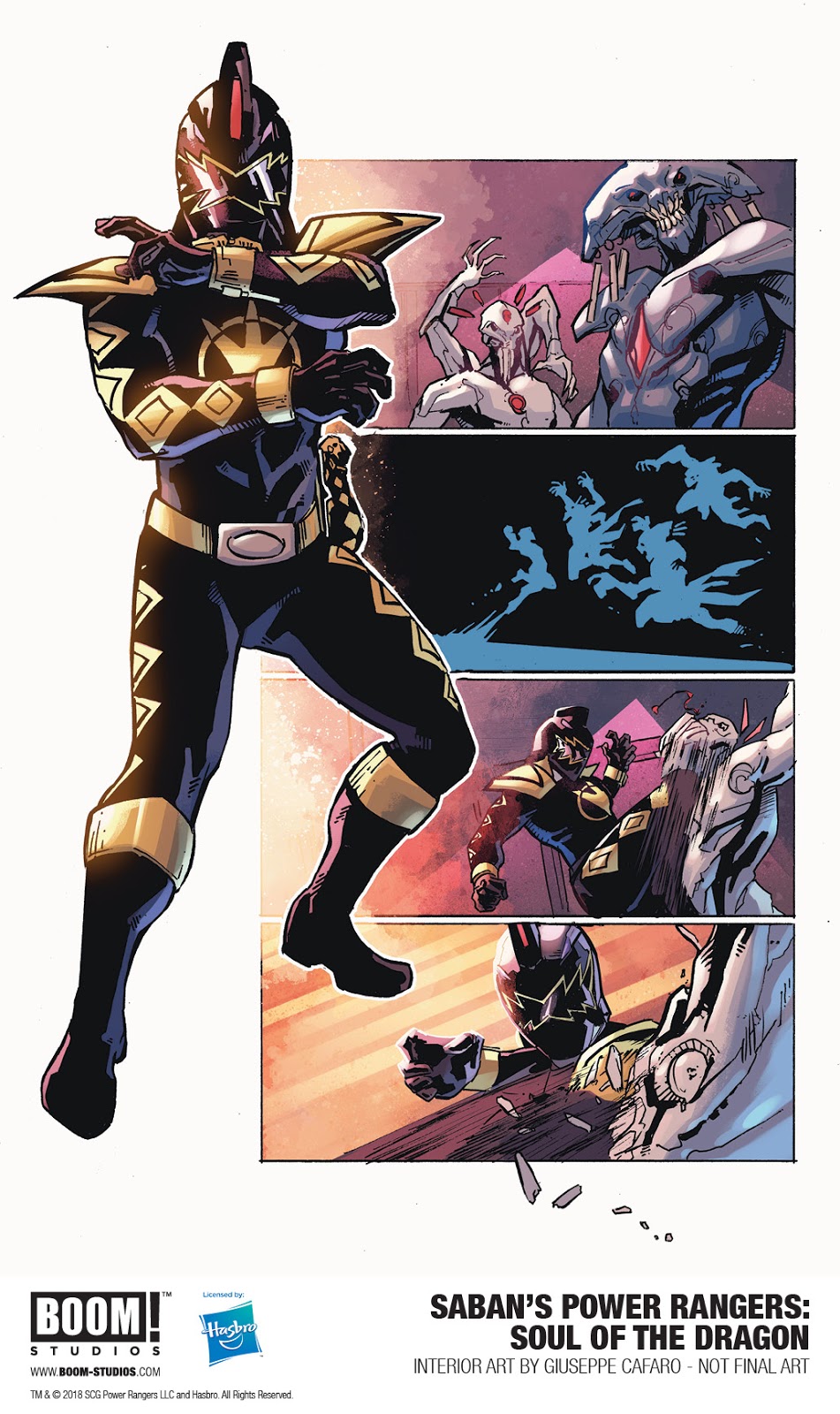 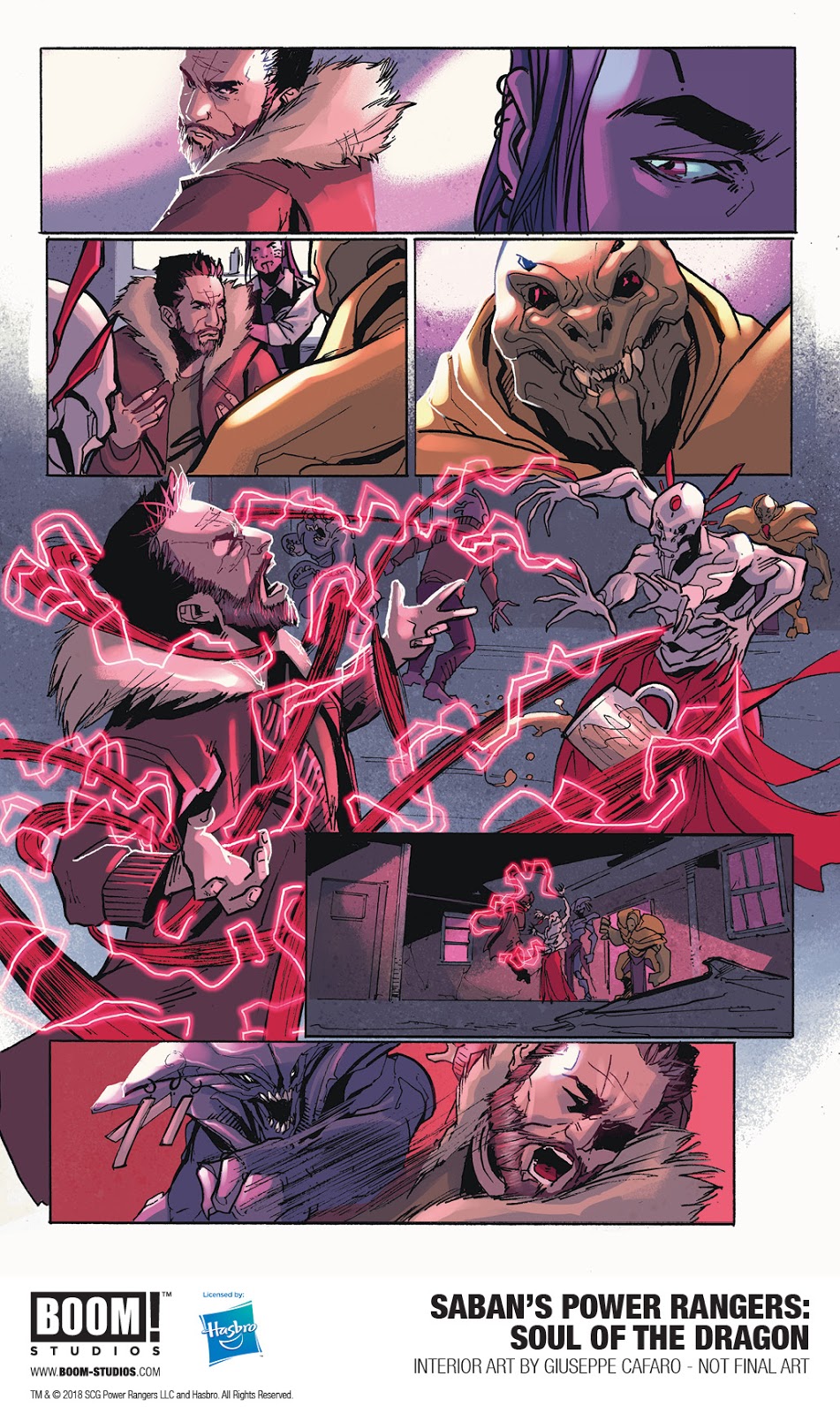 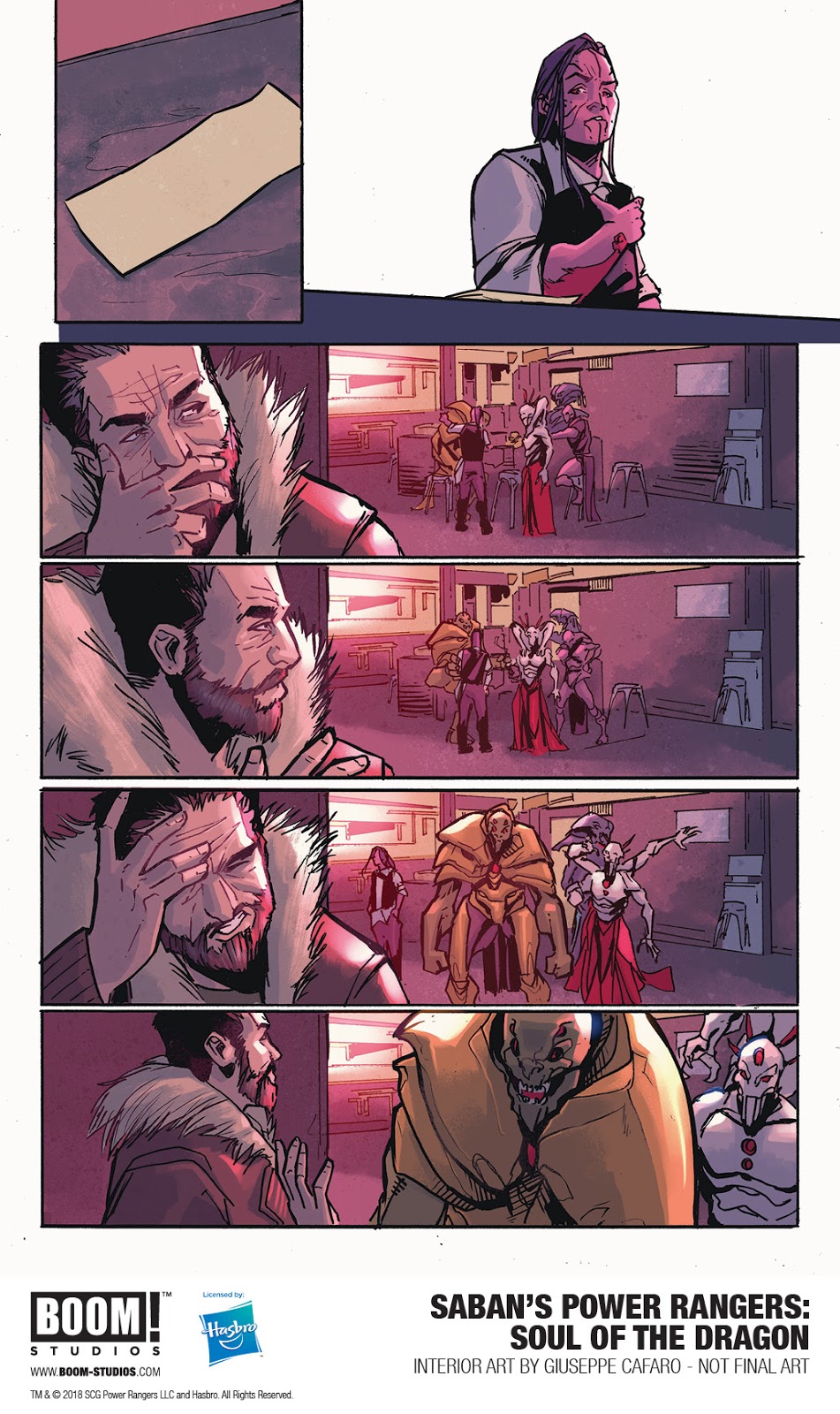 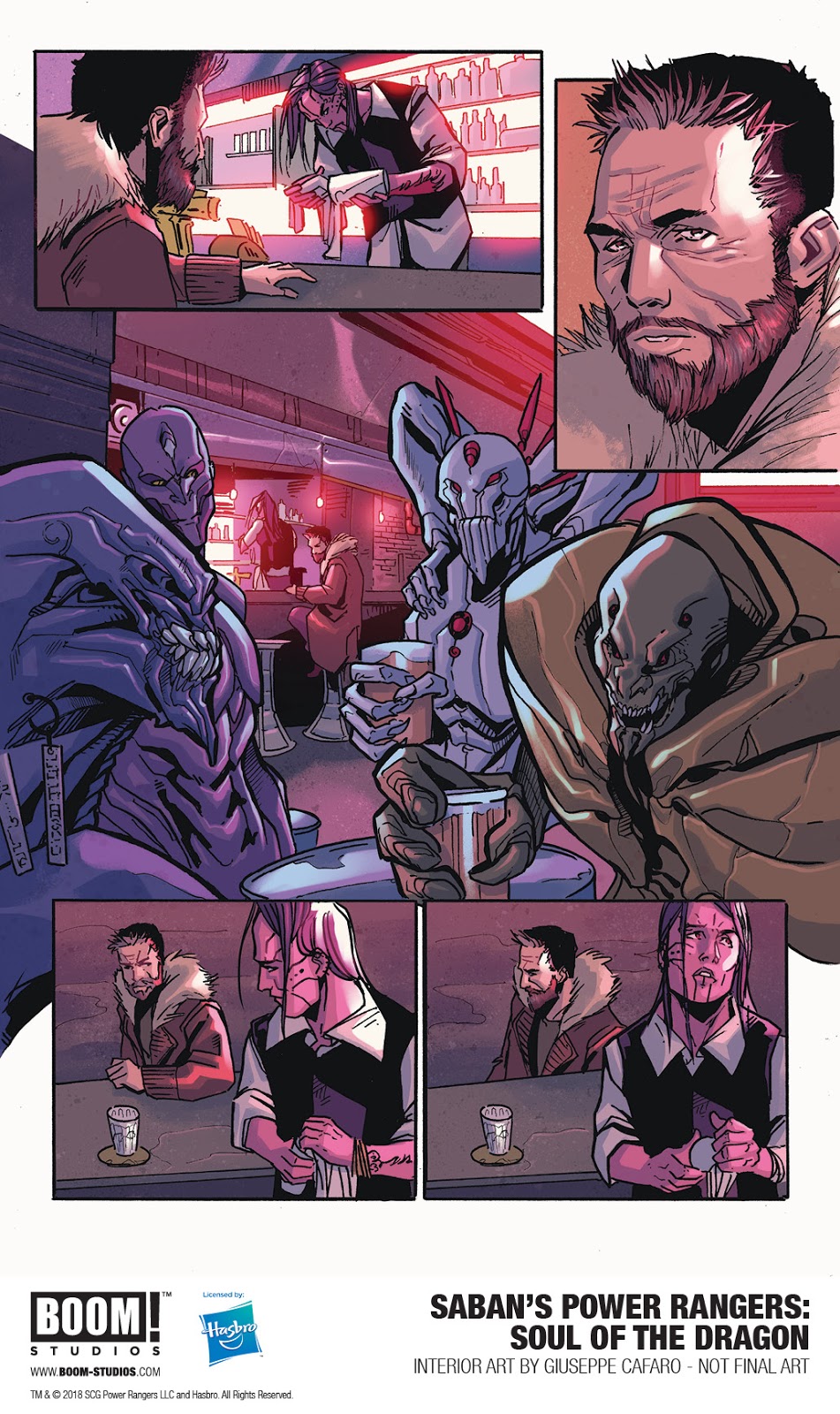