Your First Look at PLANET OF THE APES: THE TIME OF MAN #1 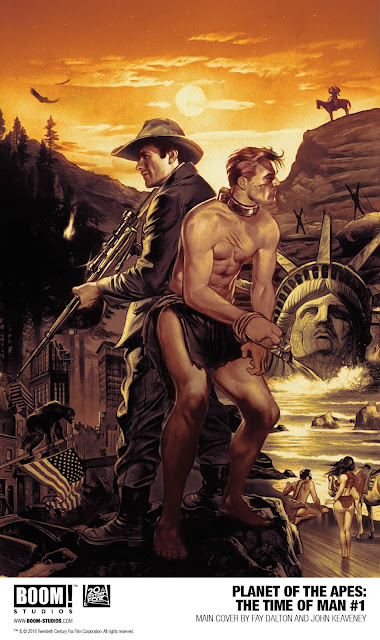 BOOM! Studios today unveiled a first look at PLANET OF THE APES: THE TIME OF MAN #1, an all-new special on-sale in October and celebrating the franchise’s historic 50th Anniversary in partnership with 20th Century Fox Consumer Products, with new stories highlighting the Planet of the Apes’ most dangerous enemy: the beast called man! This historic one-shot features stories from both the original films and new series canon, including the early years of Armando and Caesar before Conquest of the Planet of the Apes, and for the first time ever, a story set after the harrowing events of War for the Planet of the Apes, following a few of the remaining human survivors.

“Planet of the Apes: The Time of Man #1 kicks off our 50th anniversary celebration with an incredible batch of writers and artists with a passion for the series,” said Cameron Chittock, editor, BOOM! Studios. “Featuring familiar faces and all new characters, this collection of stories from the human perspective is one fans will not want to miss.”

Print copies of PLANET OF THE APES: THE TIME OF MAN #1 will be available for sale on October 31st at local comic book shops (use comicshoplocator.com to find the nearest one) or at the BOOM! Studios webstore. Digital copies can be purchased from content providers, including comiXology, iBooks, Google Play, and the BOOM! Studios app.

For continuing news on PLANET OF THE APES comics and more from BOOM! Studios, stay tuned to www.boom-studios.com and follow @boomstudios on Twitter.

​About BOOM! Studios
BOOM! Studios was founded by Ross Richie in 2005 with the singular focus of creating world-class comic book and graphic novel storytelling for all audiences. Through the development of four distinct imprints—BOOM! Studios, BOOM! Box, KaBOOM!, and Archaia—BOOM! has produced award-winning original work, including Lumberjanes, The Woods, Giant Days, Klaus, and Mouse Guard, while also breaking new ground with established licenses such as WWE, Mighty Morphin Power Rangers, Cartoon Network, and The Jim Henson Company properties. BOOM! will also bring their original series to life through unique first-look relationships with 20th Century Fox for film and with 20th Television for the small screen. Please visit www.boom-studios.com for more information. 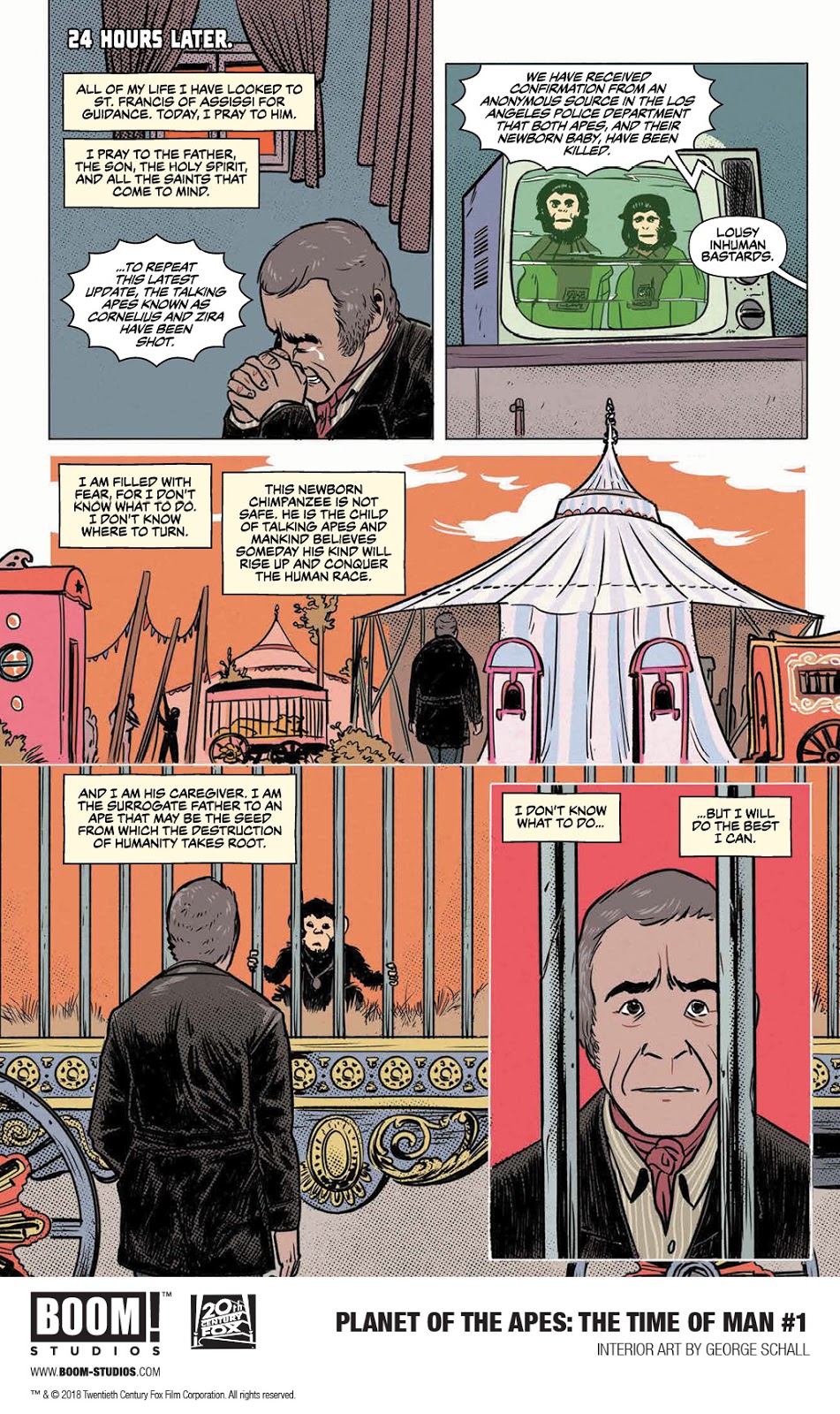 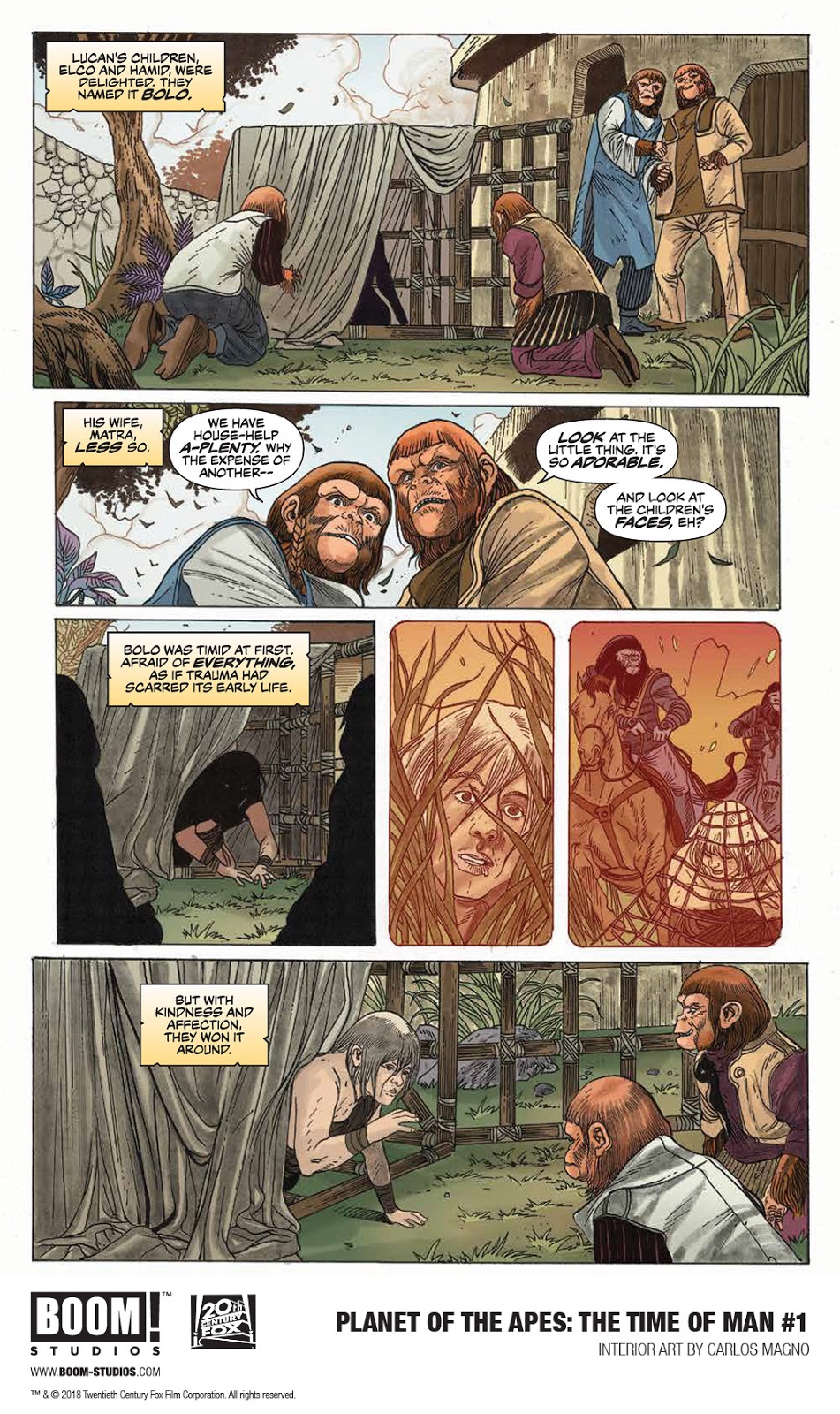 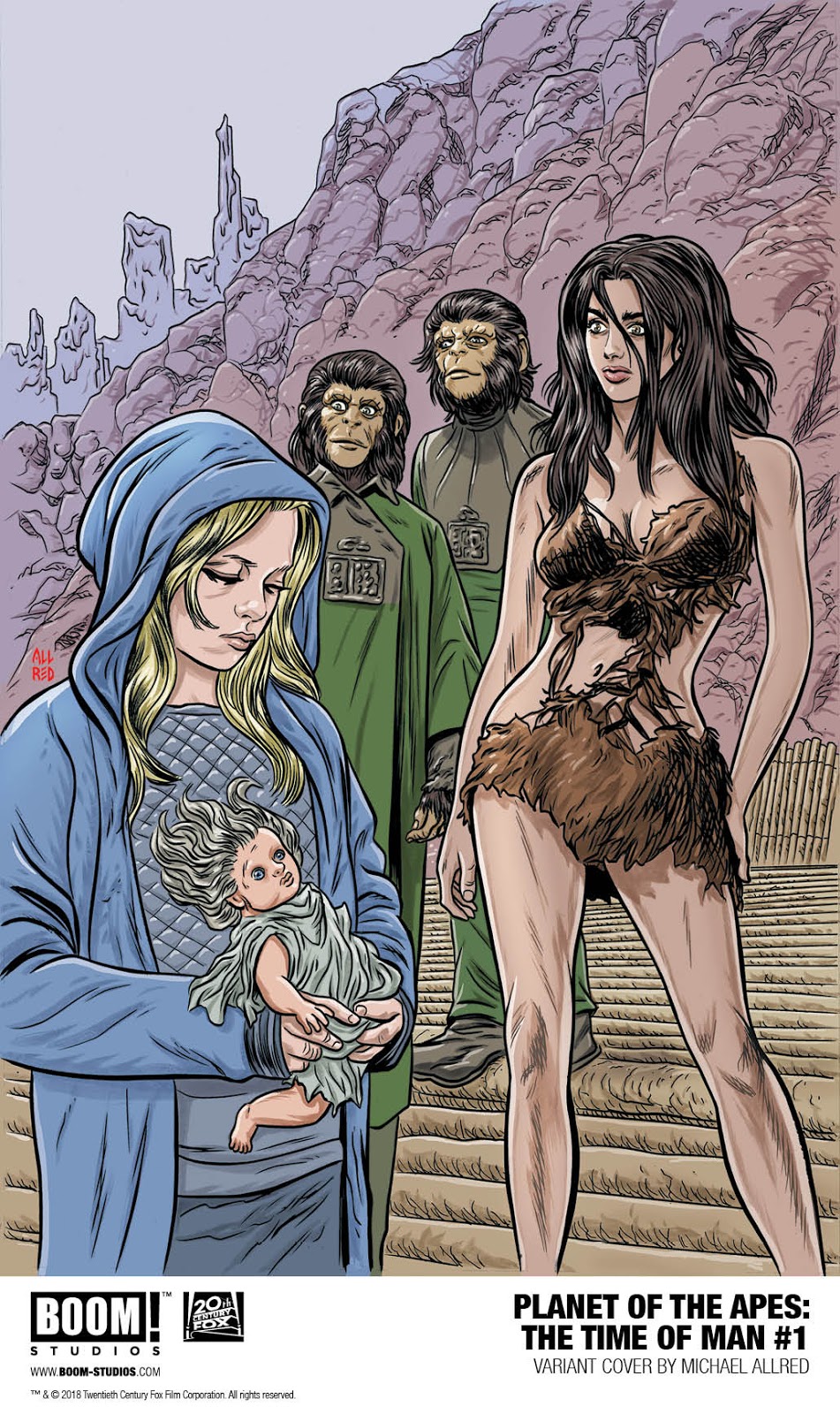 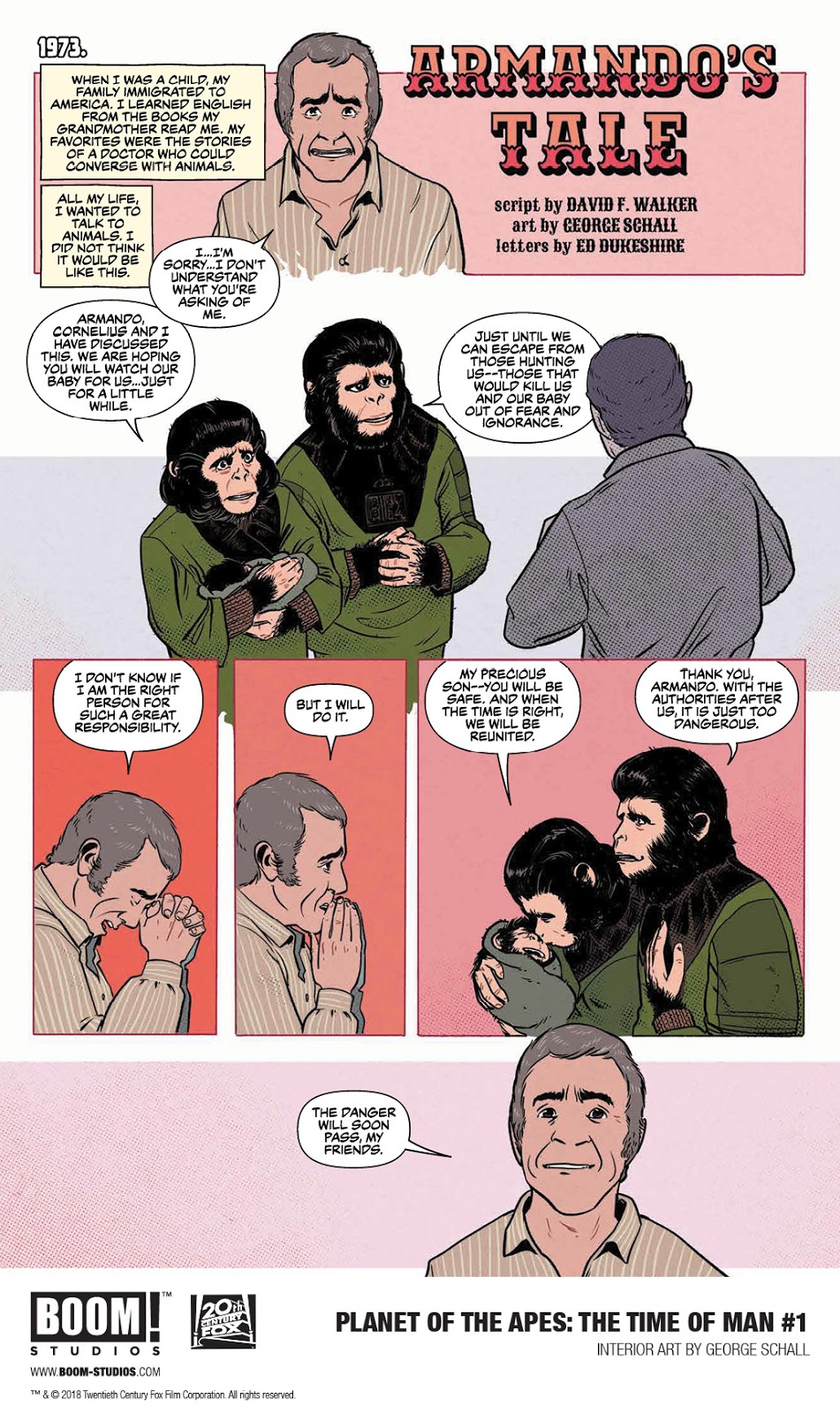 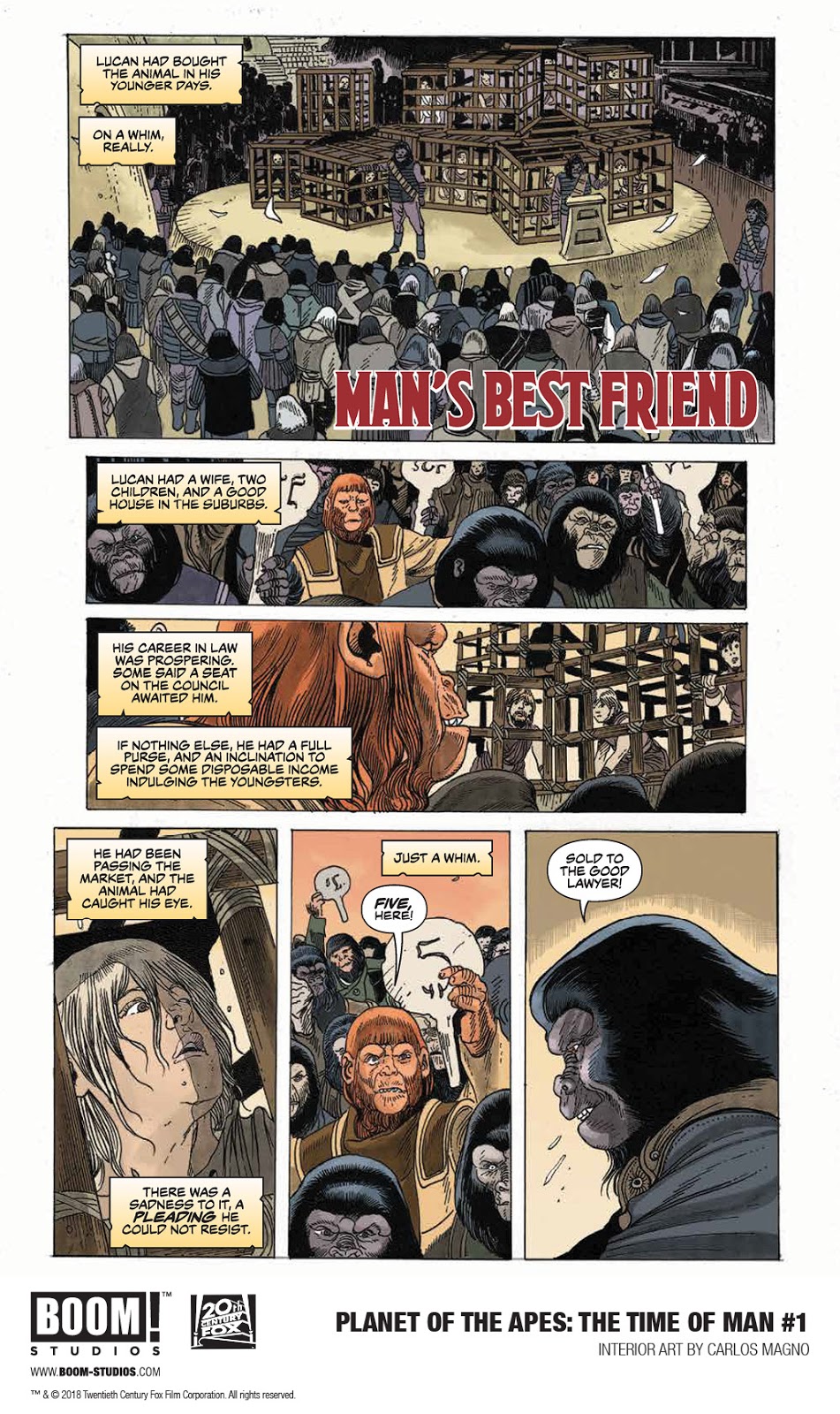