Your First Look at GARFIELD: TV OR NOT TV? #1 from BOOM! Studios 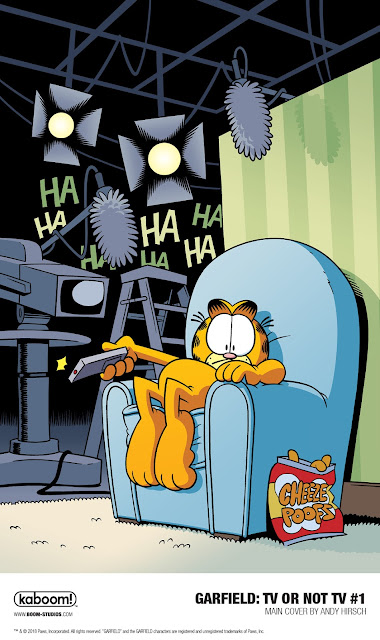 BOOM! Studios And PAWS Inc today unveiled a first look at GARFIELD: TV OR NOT TV? #1, an over-sized one shot special on sale in October featuring two all new, full length stories.

In “Comedy of Terrors,” the fan favorite Garfield: Homecoming team of writer Scott Nickel and Antonio Alfaro reunite for a frighteningly fun Halloween tale, as a creature reaches through the television and into Jon’s living room. Luckily, Garfield is as brave as they come…oh, wait.

And in “The Fall Season,” Eisner Award winning writer Mark Evanier (Groo) and artist Dave Alvarez (Looney Tunes) show just what happens when Garfield and the gang head out to an audition for a new reality show. But Garfield’s idea of reality might not be exciting enough for these devious television producers!

“GARFIELD: TV OR NOT TV? delivers a double serving of everything you love about Garfield—heart, laughter and a whole lotta lasagna,” said Chris Rosa, Editor, BOOM! Studios.

GARFIELD: TV OR NOT TV? #1, featuring an all-new cover by Andy Hirsch (Adventure Time), is the latest release from BOOM! Studios’ award-winning KaBOOM! imprint, home to comics for middle grade and younger readers including licensed series such as Over The Garden Wall, Regular Show, Steven Universe, Peanuts, and Rugrats, along with original series like Mega Princess by Kelly Thompson and  Brianne Drouhard, Bodie Troll by Jay Fosgitt, Ruinworld by Derek Laufman, and The Deep by Tom Taylor and James Brouwer.

Print copies of GARFIELD: TV OR NOT TV? #1 will be available for sale on October 17th, 2018 at local comic book shops (use comicshoplocator.com to find the nearest one or at the BOOM! Studios webstore. Digital copies can be purchased from content providers, including comiXology, iBooks, Google Play, and the BOOM! Studios app.

For continuing news on GARFIELD comic books, graphic novels and more from BOOM! Studios, stay tuned to www.boom-studios.com and follow @boomstudios on Twitter. 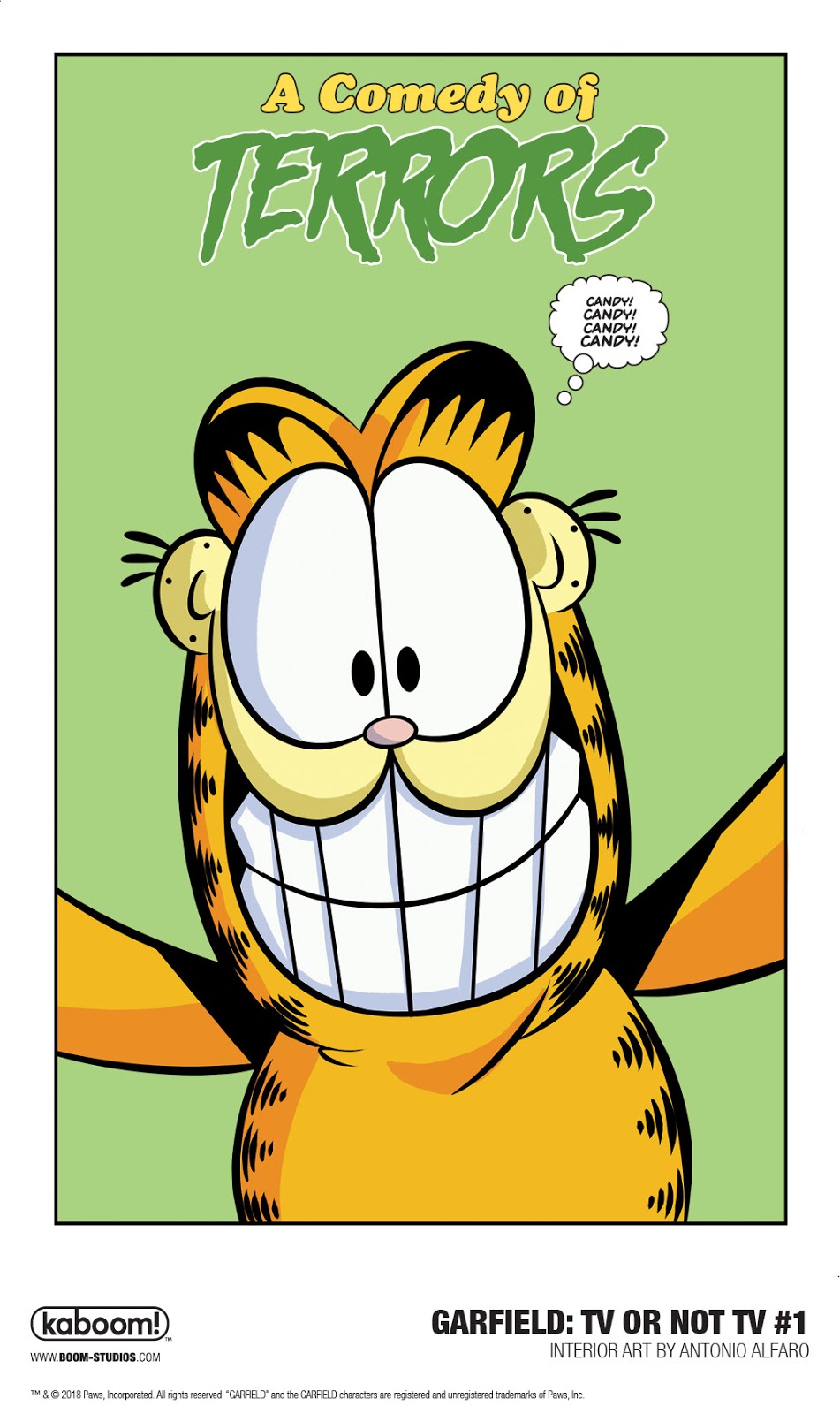 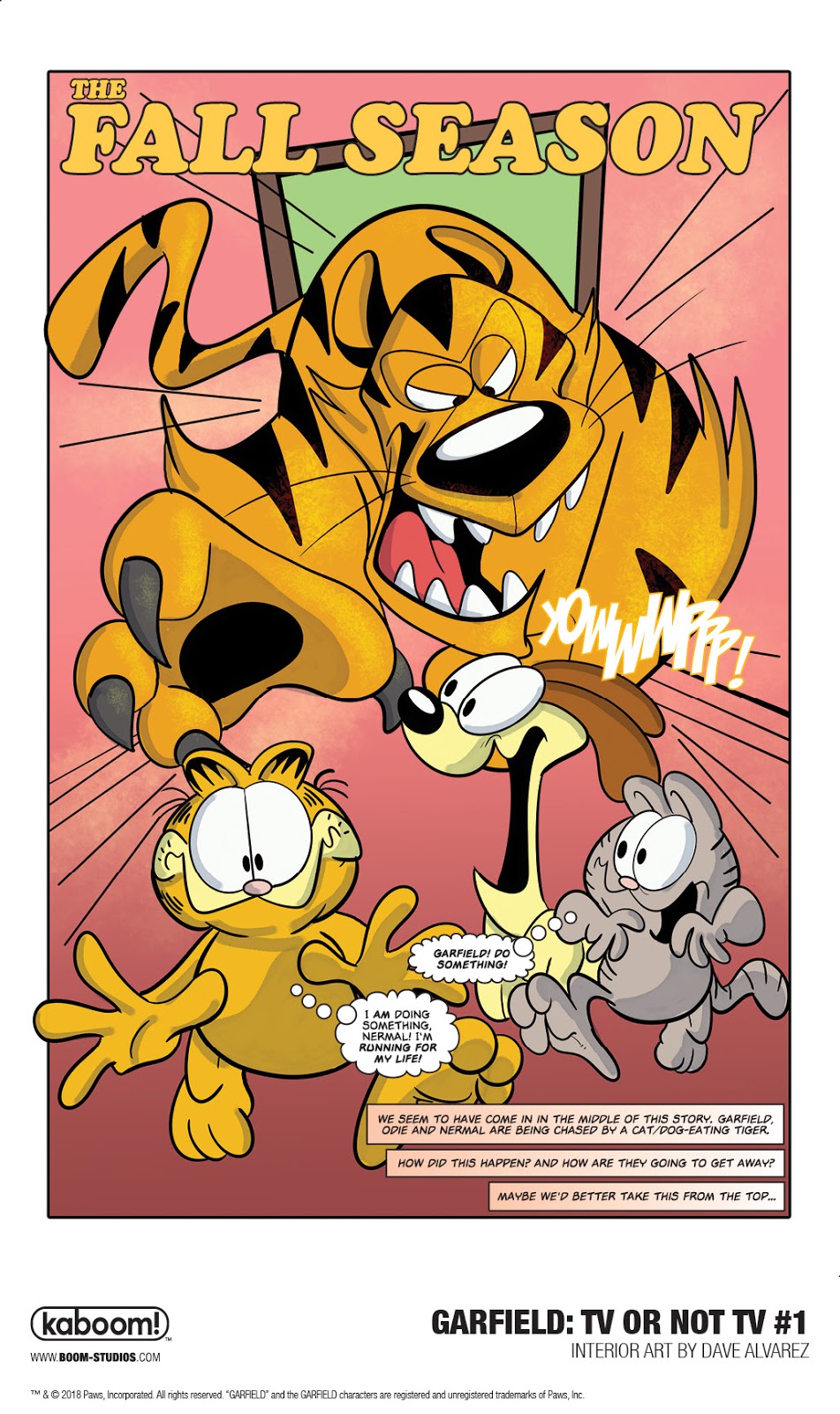 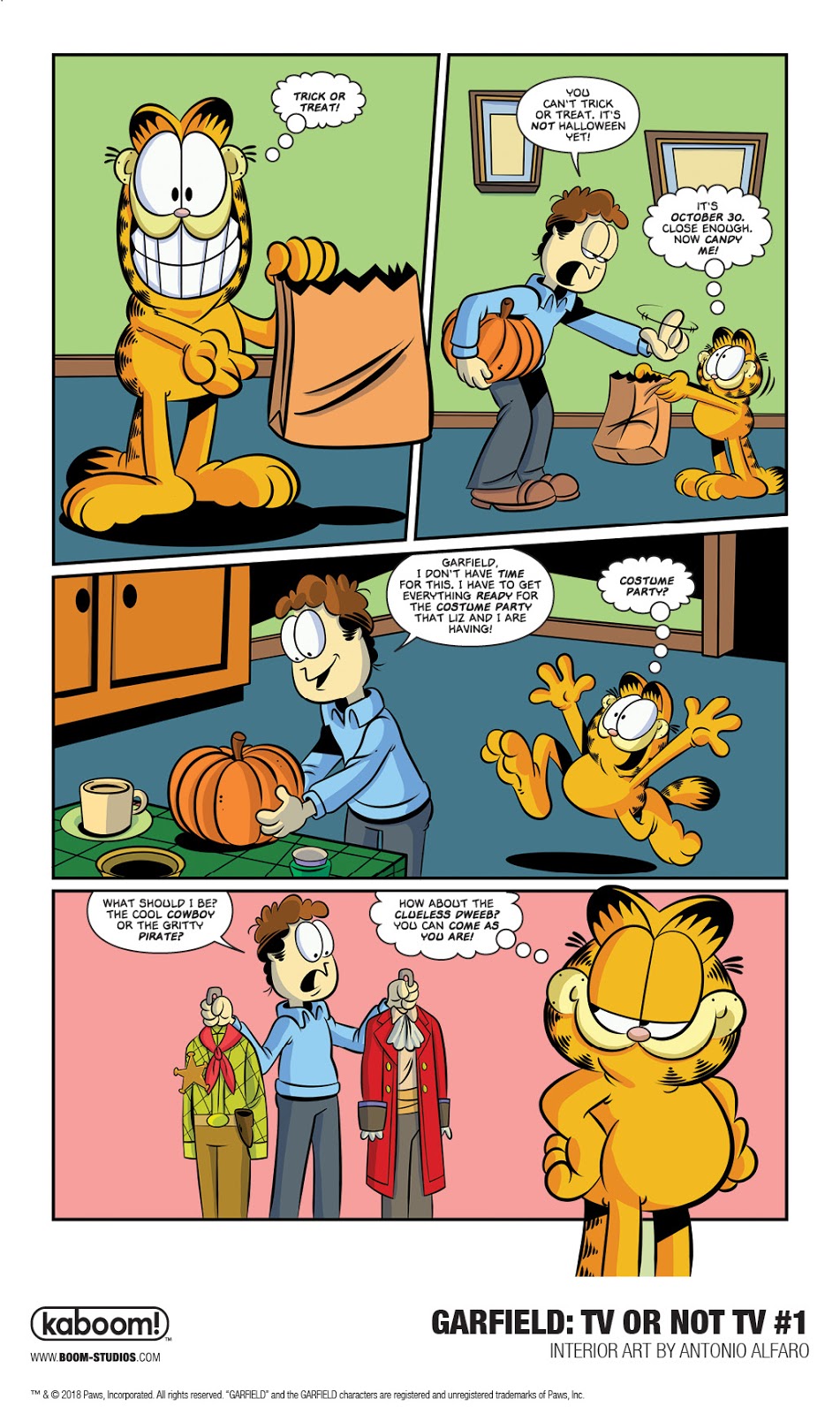 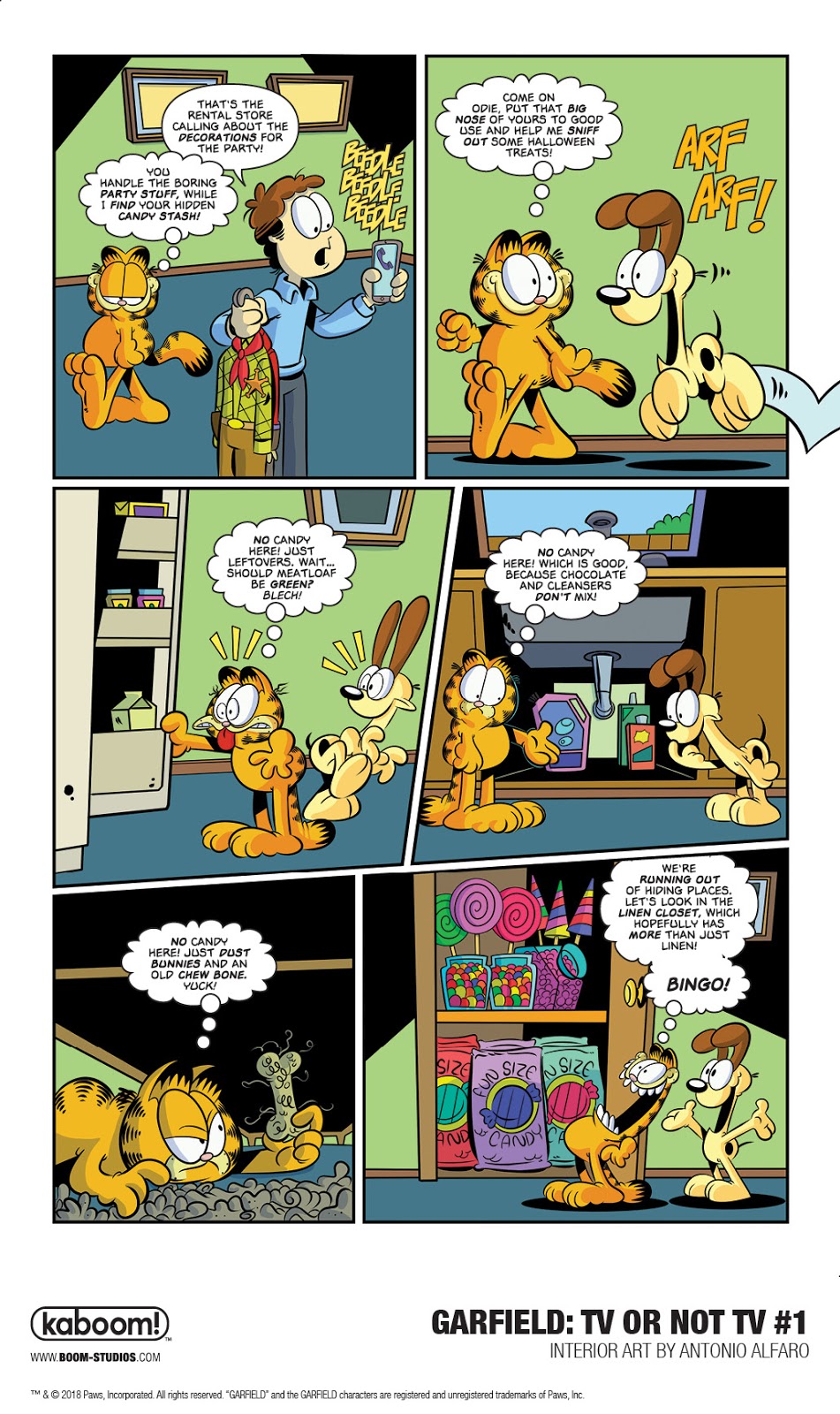