FANTASTIC FOUR #5: The Wedding That’s Been Years In The Making! 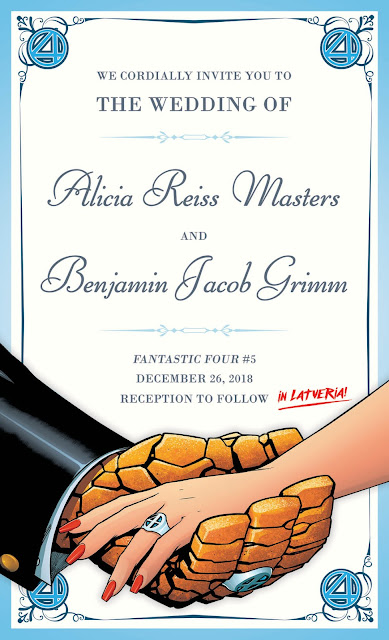 Gather your friends, find your best clothing, and get ready to party – Marvel is celebrating a wedding that has been years in the making, and it’s the union of Ben Grimm and Alicia Masters! And don’t worry, Marvel fans – this wedding will definitely have the happy couple saying “I do!”

This December, Dan Slott and Esad Ribic joined by Marvel Young Gun Aaron Kuder and superstar artists Adam Hughes and Michael Allred for a special 650th issue spectacular, featuring the untold tale of Alicia and Ben’s courtship! Plus, a bachelor party that only Johnny Storm could throw and many more surprises that it can only mean it’s a wedding celebrated in the Mighty Marvel Manner!

And even though vows will be exchanged without a hitch, it wouldn’t be a Marvel wedding without its fair share of dangers lurking in the background…

“There are a handful of comic titles that demand respect due to their history. Titles that have influenced generations of fans and creators alike...Fantastic Four is definitely one of the biggest,” said Kuder. “It is truly an honor on that basis alone. Throw in the fact that I’m working with legendary creators like Dan, Mike, Adam, and Marte, and that just sets my inner fanboy a-spinning. I’ll be giving this ALL I've got.”

“It’s been a long time in coming—more than 55 years!—but Ben and Alicia are finally tying the knot!” said SVP and Executive Editor Tom Brevoort. “And we’ve gone all-out to make this an extra-special event for fans, with the inclusion of not only the terrific Aaron Kuder (who’ll be illustrating the next storyline as well) but also Adam Hughes and Mike Allred for an all-star spectacular bash!”

Comic retailers across the U.S. received their invites earlier this week – will YOU be in attendance? Rings and vows are exchanged this December, when FANTASTIC FOUR #5 hits comic shops! 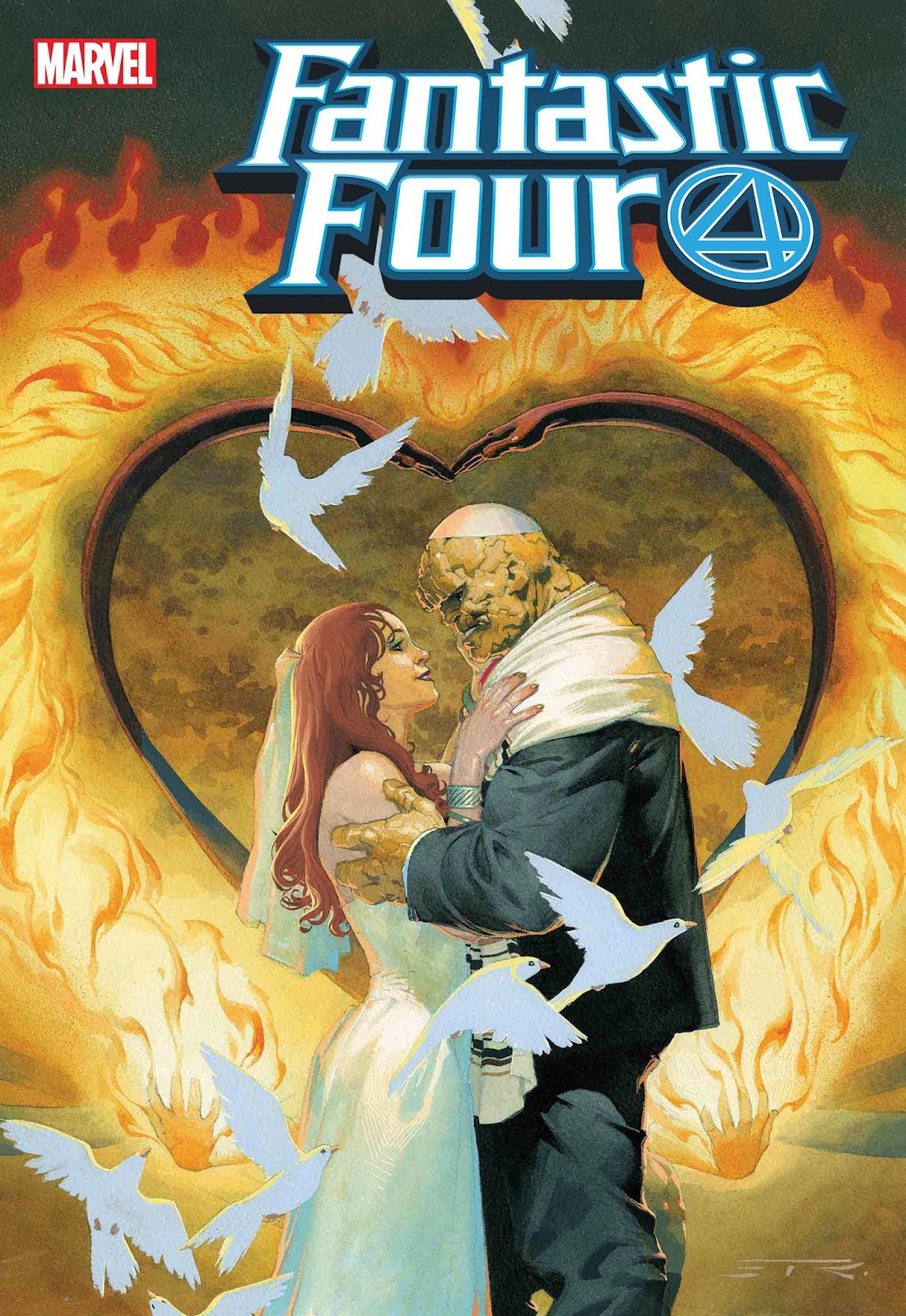