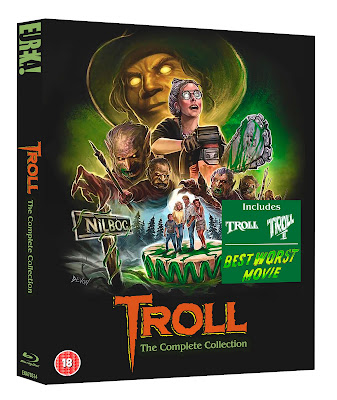 So Bad its G-G-G-Good! A celebration of one of the greatest ‘bad movies’ ever made!

Eureka Entertainment will be releasing TROLL: THE COMPLETE COLLECTION, a celebration of one of the greatest bad movies ever made, on Blu-ray as part of the Eureka Classics range from 8 October 2018. Featuring a Limited Edition O-Card Slipcase, with artwork designed by Devon Whitehead, and a collector’s booklet featuring rare content.

Embraced by a generation of “bad” movie fans, Troll 2 has become one of the most iconic cult films of its generation, and to this day regularly plays to sold-out theatres of adoring fans. Presented here alongside the first (and entirely unrelated) film, Troll, as well as Best Worst Movie, the definitive documentary on the film’s unexpected resurgence as a cult favourite, Troll: The Complete Collection is a celebration of one of the most unusual success stories in movie history.

Troll – The Potter family (including future Law & Order star Michael Moriarty as “Harry Potter”) is about to find out there’s no place like home when a troublesome troll starts taking over their building, transforming each apartment into an overgrown garden of ancient evil and turning tenants into a horde of hairy hobgoblins. 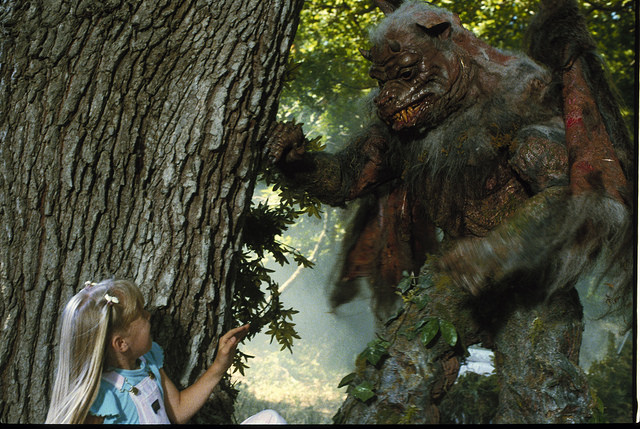 Troll 2 – After his family moves to the rural community of “Nilbog” (spoilers, it’s goblin spelled backwards), a g-g-g-ghost warns young Joshua Waits that vegetarian goblins want to transform him and his family into plants and then eat them.

Best Worst Movie – An affectionate and intoxicatingly fun tribute to one of the greatest bad movies ever made, and the people responsible for unleashing it upon the world.