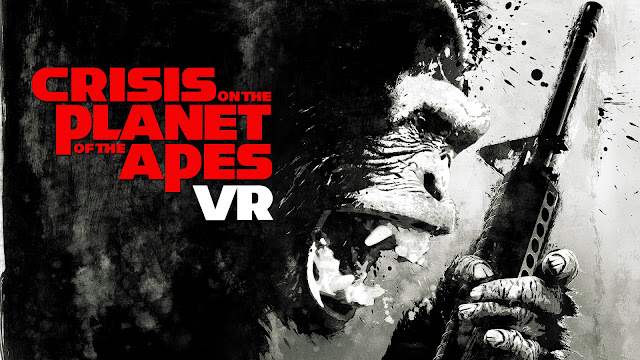 With 2018 marking the 50th Anniversary of the first film in the long running and much loved Planet of the Apes franchise, FoxNext VR Studio has announced a special celebratory price of £7.99 for VR experience Crisis on the Planet of the Apes on PSVR for a limited time only.

Run, climb, swing and shoot your way to safety in Crisis on the Planet of the Apes as you work to escape a scientific facility, using an innovative set of motion mechanics. Hop to it though - the celebrations can only last for so long…

ABOUT CRISIS ON THE PLANET OF THE APES VR
Crisis on the Planet of the Apes VR introduces an innovative set of motion mechanics in VR. For the first time, players are able to feel the strength and vigour of an Ape with every movement, from running, climbing and moving to cover, as they confront humans in an effort to survive. Moving as an Ape, players come into contact with other survivors, humans and fellow Apes alike, who have spent the last five years navigating a global catastrophe, as the world they knew came crashing down.