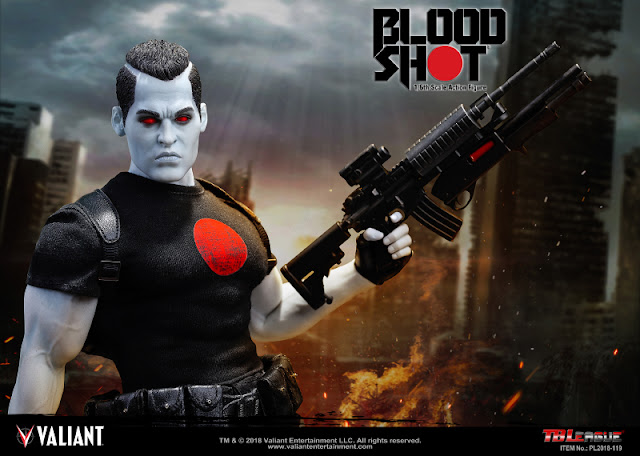 The figure debuts at the end of this summer

Valiant Entertainment and Phicen are excited to announce that pre-orders are now open for the BLOODSHOT 1/6 SCALE ACTION FIGURE, based on the likeness of Valiant’s most unrelenting and unstoppable hero!

Brought back from the dead and infused with cutting-edge nanotechnology, Bloodshot is a nearly unstoppable killing machine. His enhanced strength, speed, endurance, and healing made him the perfect weapon. After defying his programming and escaping his masters at Project Rising Spirit, Bloodshot now fights to rediscover the secret of his true identity…but remains haunted by the past that nearly destroyed him.

“We are extremely excited to partner with Phicen on a line of high-end collector Valiant action figures, starting with Bloodshot,” said Russell Brown, Valiant President of Consumer Products, Promotions and Ad Sales. “Their superbly detailed, 1/6 scale action figures are some of the most sought-after in the world, so we are thrilled to be able to offer these to our fans.”

In addition to being super-poseable and fully articulated, the BLOODSHOT 1/6 SCALE ACTION FIGURE also comes packaged with the following action-packed accessories: 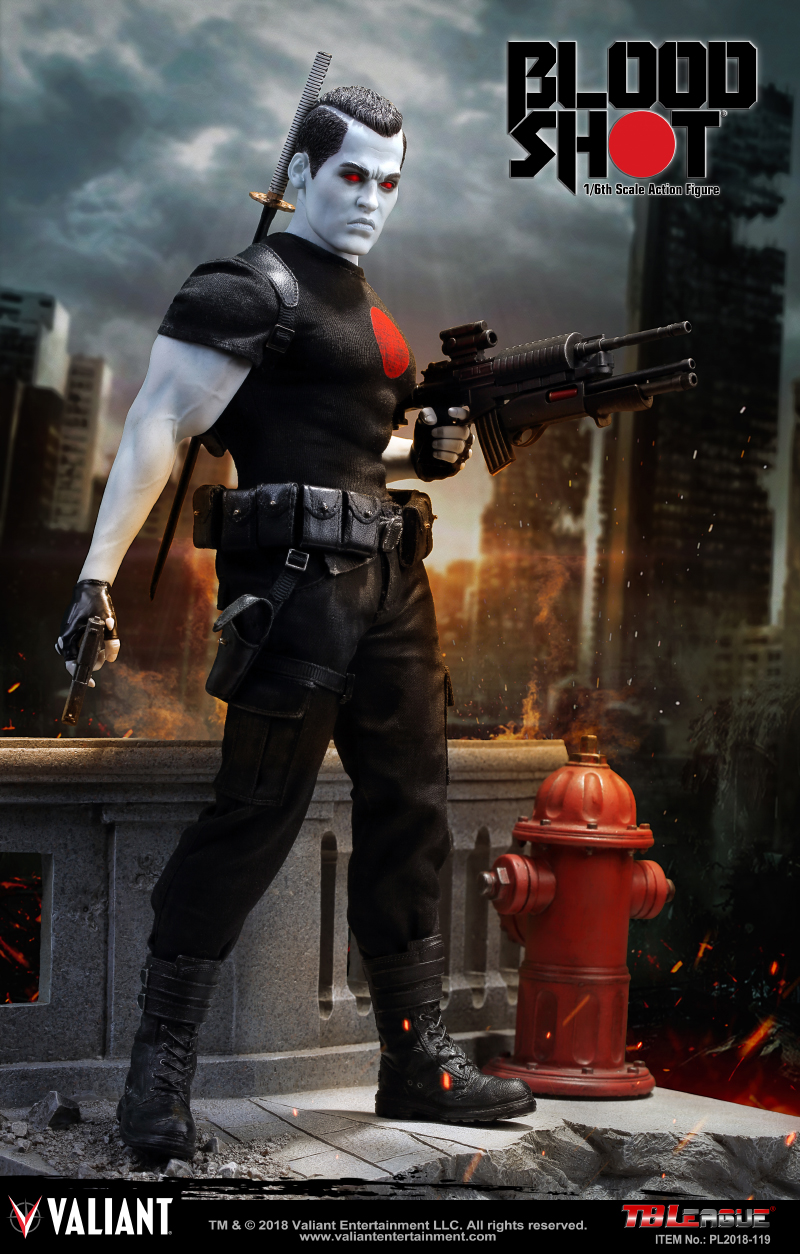 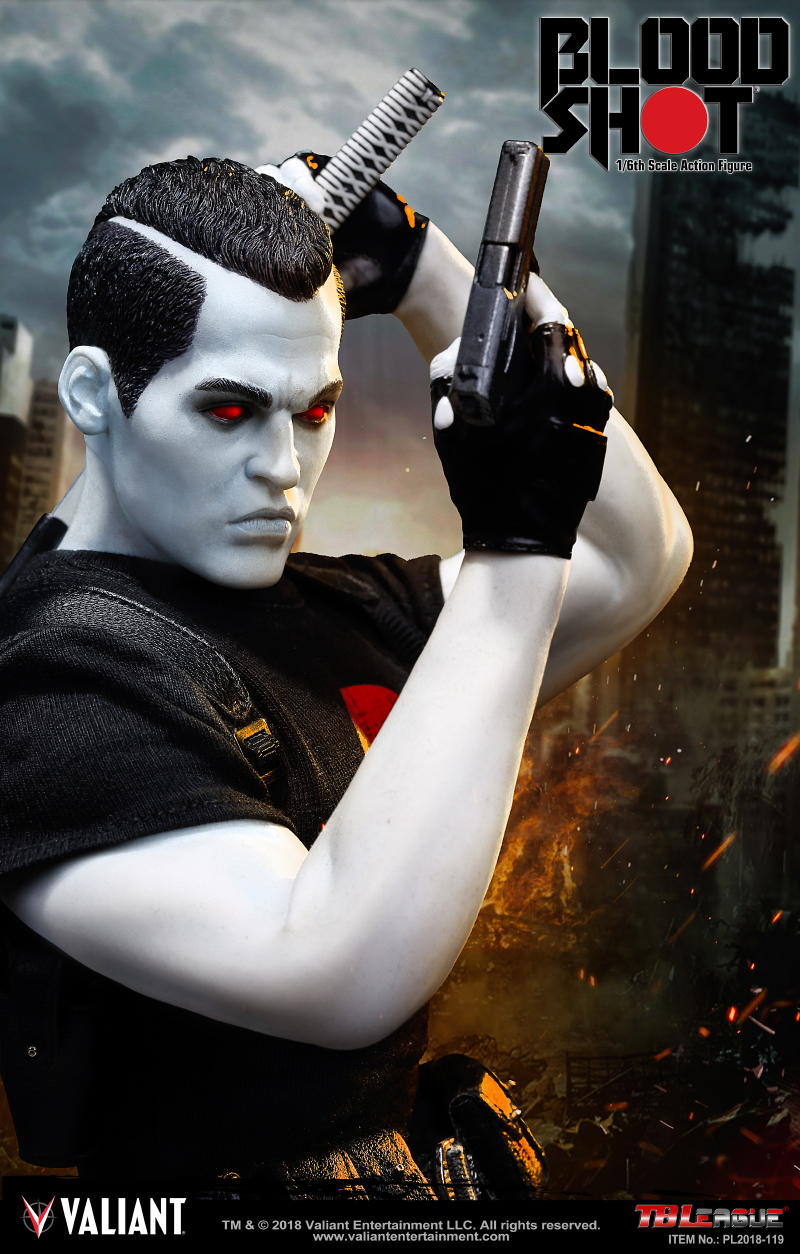 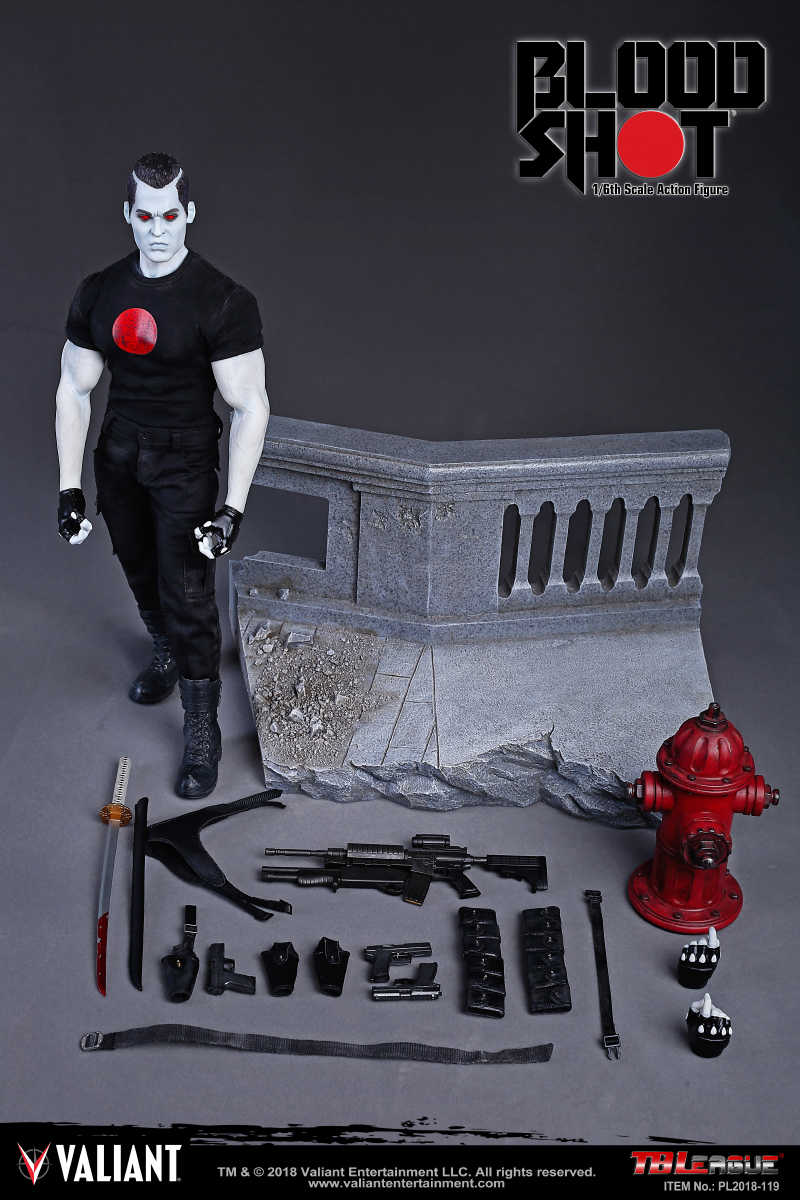