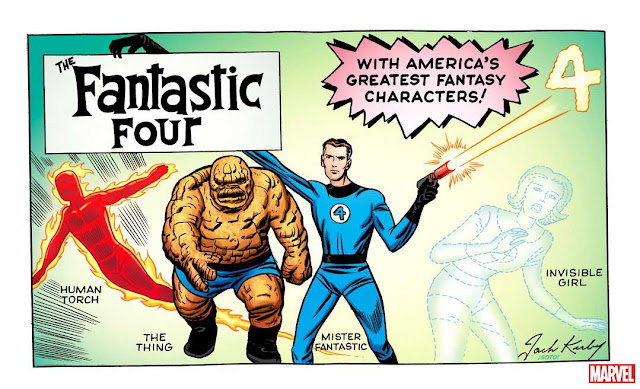 This August, 57 years to the day of the FANTASTIC FOUR’s original debut, Marvel’s First Family returns as the Fantastic Four make their dramatic homecoming to the Marvel Universe!

In celebration of the much-anticipated launch of FANTASTIC FOUR #1, Marvel is excited to reveal a SURPRISE hidden gem variant cover from legendary artist Jack Kirby!