Scooby Doo In The Castle Mystery Game That Never Got Released 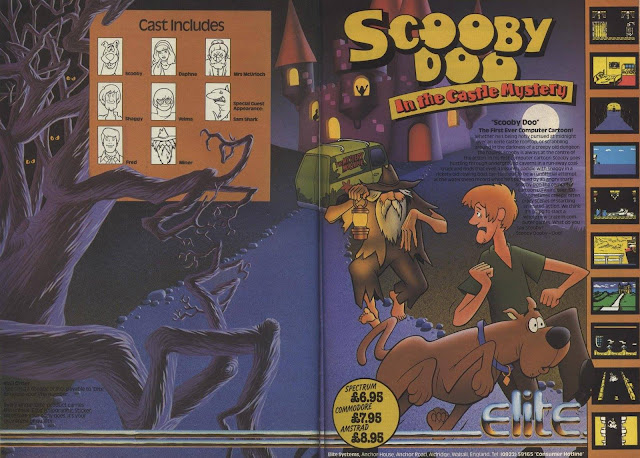 Scooby Doo in the Castle Mystery

There was so much hype for this game back in the eighties gaming community. I remember ogling over the screenshots thinking that looks just like a cartoon. Alas, it never appeared and got cancelled. Elite admitting that they just didn't have the memory on 8-bit machines to make it work. A replacement and average platform game was released instead.

Elite started heavily advertising the game in 1985 and boasted it was going to be a Dragon's Lair style game. Yep, a game that was designed for a laser disc was expected to be replicated on a humble 48K Spectrum. It was destined to fail and unfortunately is was cancelled a few months later.

Crash Magazine issue 21 published a preview of the game and said:

"In the action sequences you will follow Scooby and Shaggy as they search the castle and need to help them solve (or avoid) problems as they arise and generally guide them on their way. You drive the action in the game, acting rather like a film director, taking decisions which affect the outcome of events. After each action sequence has been played through, the scene will fade to a descriptive section where you eavesdrop on conversations and can pick up clues, tips and hints which will help you solve the mystery."