SAGA #54 RUSHED BACK TO PRINT SAME DAY AS RELEASE 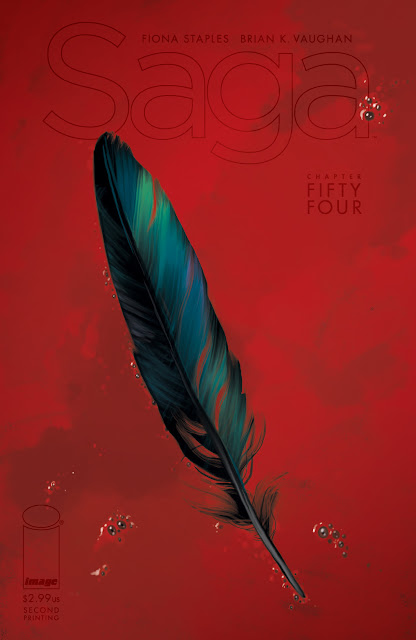 SAGA’s ninth—and most shocking—story arc tackles fake news and genuine terror through the lens of our favorite spacefaring family and their fellow outcast companions.

Image Comics has announced that issue #54 of Brian K. Vaughan and Fiona Staples’ multiple Eisner Award-winning series SAGA—which marks the “season finale” of the space opera’s ninth arc—is being fast-tracked for a second printing in order to keep up with overwhelming customer demand.