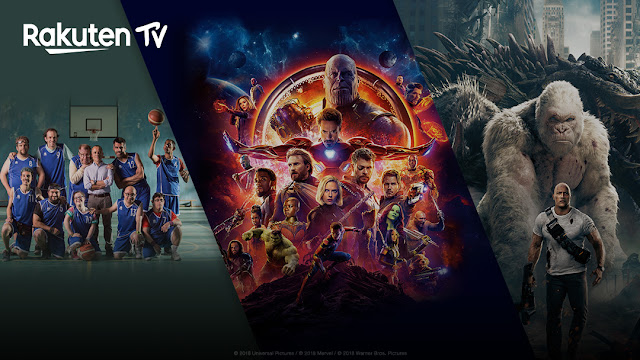 This August, Rakuten TV is ready to give you the perfect excuse to escape the British Summer, come rain or shine, and stay in with some of this month’s fantastic new releases.

Summer is blockbuster season, so if you’re looking for action, what more can you ask for than this year’s Marvel sensation Avengers: Infinity War in glorious 4K HDR? It’s broken more records and starred more superheroes than you ever thought possible and whether you missed it in cinemas or can’t wait to see it again, Rakuten TV is bringing it straight into your home. Sit back and enjoy the slickly choreographed fights, the outstanding visual effects and the powerhouse of emotions that this heroic feature has to offer, which will be ready and waiting for you, on your smart TV in cutting edge 4K HDR with only the click of a few buttons, from the 20th August.

If that’s not enough for you, why not check in with Mr. Box Office himself, Dwayne Johnson as he tackles some extraordinary creatures in Rampage and tries to stop them from destroying Chicago.

If you’d rather take your evening in a more dramatic direction, you can check in with Charlize Theron as she goes through the ups and downs of motherhood in Tully or head back to the 1940’s with Lily James in The Guernsey Literary and Potato Peel Pie Society.

To add some mystery to your day, join Margot Robbie as she mingles with assassins and criminal masterminds in Terminal or test your nerve with Blumhouse´s Truth or Dare, would you be prepared to play along?

Then if you need a break in the sun, we’re not sure you’ll want to stay at home alone after you’ve been tempted by The Strangers: Prey at Night.

All that and more is waiting for you on Rakuten TV this August.