Go Behind The Scenes of THE LIFE OF CAPTAIN MARVEL #1! 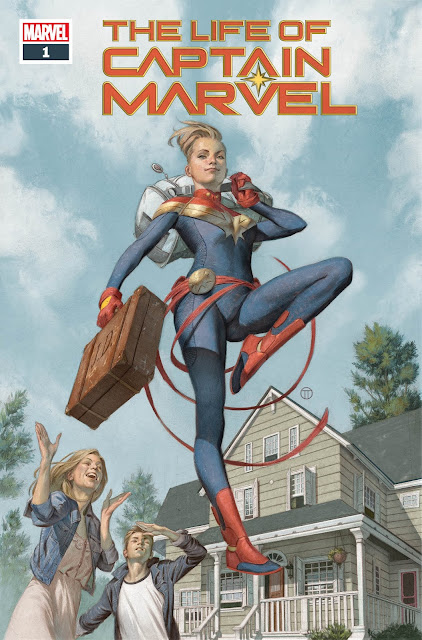 Carol Danvers has been involved in some of the biggest adventures in the Marvel Universe…but in her new series, she’s going back to the basics with Margaret Stohl, Carlos Pacheco, and Marguerite Sauvage at the helm.

Marvel is proud to present this behind-the-scenes look at THE LIFE OF CAPTAIN MARVEL #1, featuring Stohl and Editor-in-Chief C.B. Cebulski!

“This is a story about Carol Danvers. We’re taking Carol back to basics,” said Cebulski. “We hear that a lot, but this is something where we’re going to dance between the raindrops and find the secrets of Carol’s origins that are based in the roots of her family.”

“It’s really a family story and it’s as much about the human instead of her as her Kree powers,” added Stohl.

Don’t miss THE LIFE OF CAPTAIN MARVEL #1, on sale now in comic shops, on the Marvel Comics App, and on Marvel.com! To find a comic shop near you, visit www.comicshoplocator.com or call 1-888-comicbook.