First Issue of Final League of Extraordinary Gentlemen Series, The Tempest, Sells Out on Day One 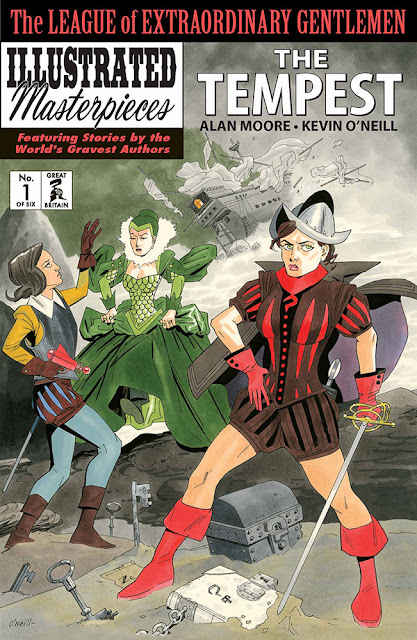 Good news for IDW and Top Shelf Productions as they announced during the week that The League of Extraordinary Gentlemen (Vol. IV): The Tempest #1, the first issue in the final miniseries by Alan Moore & Kevin O’Neill, has already sold through its first printing at the distributor level, less than 24 hours after its release on July 11th.

“We encourage fans to contact their favorite comic shop  to see if they still have copies in stock,” said IDW sales manager Joel Elad, “We’ll be going back to press so retailers can get the second printing of issue #1 in stores by the release of issue #2 on September 12th.”

The Tempest has attracted considerable interest not only as the grand finale of the League of Extraordinary Gentlemen saga but also as a swan song for Moore and O’Neill. “We were as stunned as anyone when Alan and Kevin told us this would be their last project in comics — but we’re honored to see them out with a bang,” said Top Shelf’s Editor-in-Chief Chris Staros.