FEAR THE WALKING DEAD” RENEWED FOR A FIFTH SEASON 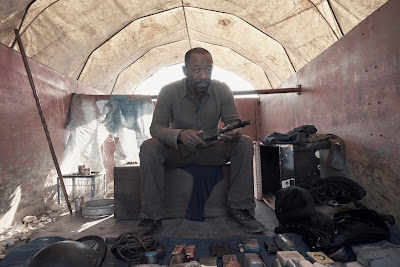 AMC announced that it has renewed its original series “Fear the Walking Dead” for a fifth season.  The news follows AMC’s recent announcement that it has also renewed the anthology series “The Terror” for a second season.

“Fear the Walking Dead”is being renewed ahead of the premiere of the second half of season four on AMC on Monday 13thAugust at 2:00am, simultaneous to the US premiere, with a repeat at 9:00pm, exclusive to BT customers.  In the US, the series is the #3 cable drama to date among adults 25-54 and 18-49 and has shown strong double-digit ratings growth among adults 25-54 in the first half of its fourth season compared to the second half of season three.

AMC is available free of charge in the UK to BT customers on channel number 332 on BT TV, and to BT Sport Pack subscribers on Sky channel 192.  AMC is also available in HD on both BT TV and Satellite with an HD subscription1.

AMC recently announced that it has renewed anthology series “The Terror”for season two. The next iteration of “The Terror” will be set during World War II and focus on an uncanny spectre that menaces a Japanese-American community from its home in Southern California to the internment camps to the war in the Pacific. Season two of “The Terror” is co-created and executive produced by Alexander Woo, who also serves as showrunner, and Max Borenstein,from an idea by Borenstein. The series is an AMC Studios production produced by Scott Free, Emjag Productions and Entertainment 360.“The Terror” is also executive produced by Ridley Scott, Dan Simmons, David W. Zucker, Alexandra Milchan, Scott Lambert and Guymon Casady.