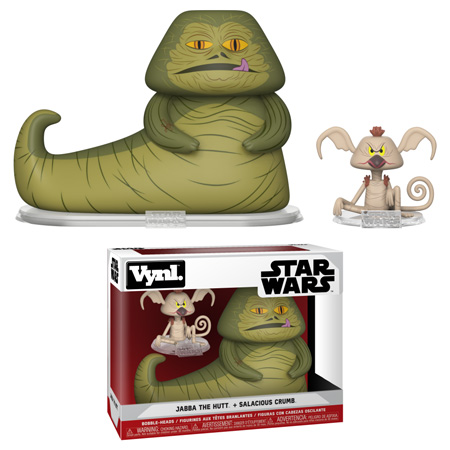 “There will be no bargain, young Jedi”

This Vynl. duo probably won’t be winning any beauty prizes. Or popularity contests, for that matter. But to the diehard Star Wars fan, this Tatooine crime lord and his pet Kowakian monkey-lizard jester represent classic moments in Star Wars lore,and for that they deserve space on your shelf.

Leap headfirst into the ultimate battle between good and evil with a Vynl. duo that embodies both the light and dark side. The scavenger from Jakku who became a Jedi and warrior against the First Order and the son of General Leia and Han Solo who fell to the dark side represent the importance of balance in the Star Wars universe. 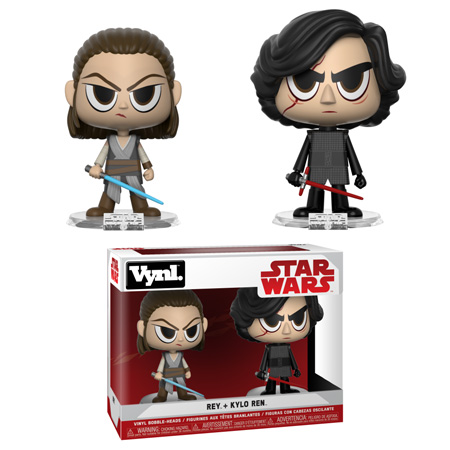