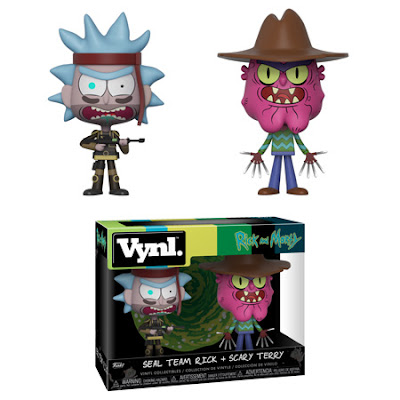 There’s no I in Vynl. – because there’s always two of them!

When bouncing between dimension, you’re bound to run into a few bad guys.
Introducing two of Rick and Morty’s most popular villains: Scary Terry and Seal Team Rick.
Add an extra edge to your collection with this professional boogeyman and Citadel militant.

Vynl.: Rick and Morty – Rick with Sombrero and Unity

Rick with Sombrero and Unity introduce Unity to your collection and let the hive-mind assimilation begin!

Where there is Unity, you know a Rick isn’t too far behind. Bring your Vynl. together with the ultimate on and off-again duo. 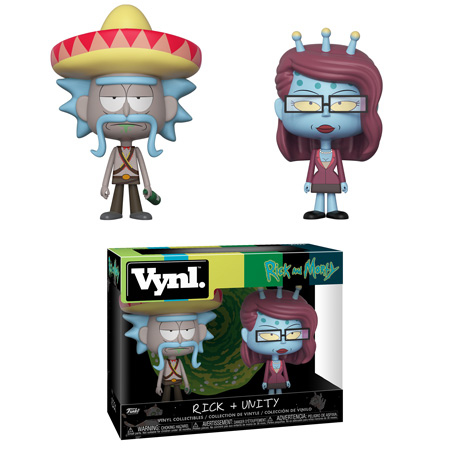