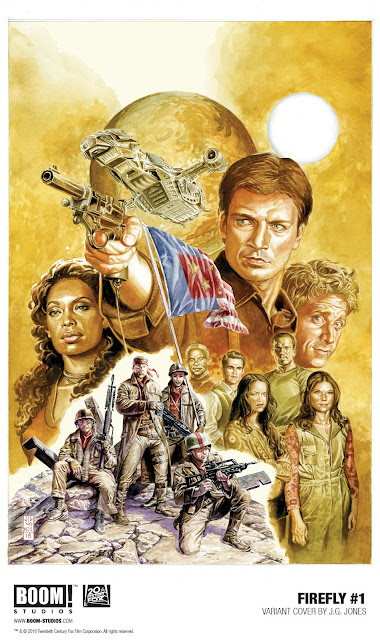 This spotlight on FIREFLY #1 begins with the reveal of a special variant cover by superstar artist J.G. Jones (Final Crisis) spotlighting the iconic crew of the spaceship Serenity as the series reveals the secret Firefly history that fans have demanded for years! Now, the definitive story of the Unification War — the intergalactic civil war that divided friend and family alike — is told at last by New York Times best-selling writer Greg Pak (World War Hulk, Mech Cadet Yu) and artist Dan McDaid (Judge Dredd), along with series creator & story consultant Joss Whedon (the visionary writer/director behind Buffy The Vampire Slayer, Marvel’s The Avengers and more).

Mal thought he could outrun his past, but when a simple heist goes wrong, he’s forced to confront it in the form of the Unificators, mercenaries deputized to hunt down war criminals...and they’ve got Mal and Zoe at the top of their list! War can make villains of even the best men, and Mal’s quest for redemption will put him at odds with his own crew, forcing him to make a choice: fix the past or fight for the future.

FIREFLY #1 is available exclusively in comic shops (use comicshoplocator.com to find the nearest one) on November 14, 2018 with a main cover by superstar Lee Garbett (Skyward), along with variant covers by Jock (Batman), Bill Sienkiewicz (Daredevil), Joe Quinones (America) and more.

Arriving in stores the same day, FIREFLY: LEGACY EDITION BOOK ONE collects previously released Serenity comics for the first time under one cover in a new value-priced format as Mal and the crew ride again in these official sequels to the critically acclaimed Firefly television series and Serenity film.

For continuing news on FIREFLY and more from BOOM! Studios, stay tuned towww.boom-studios.com and follow @boomstudios on Twitter. 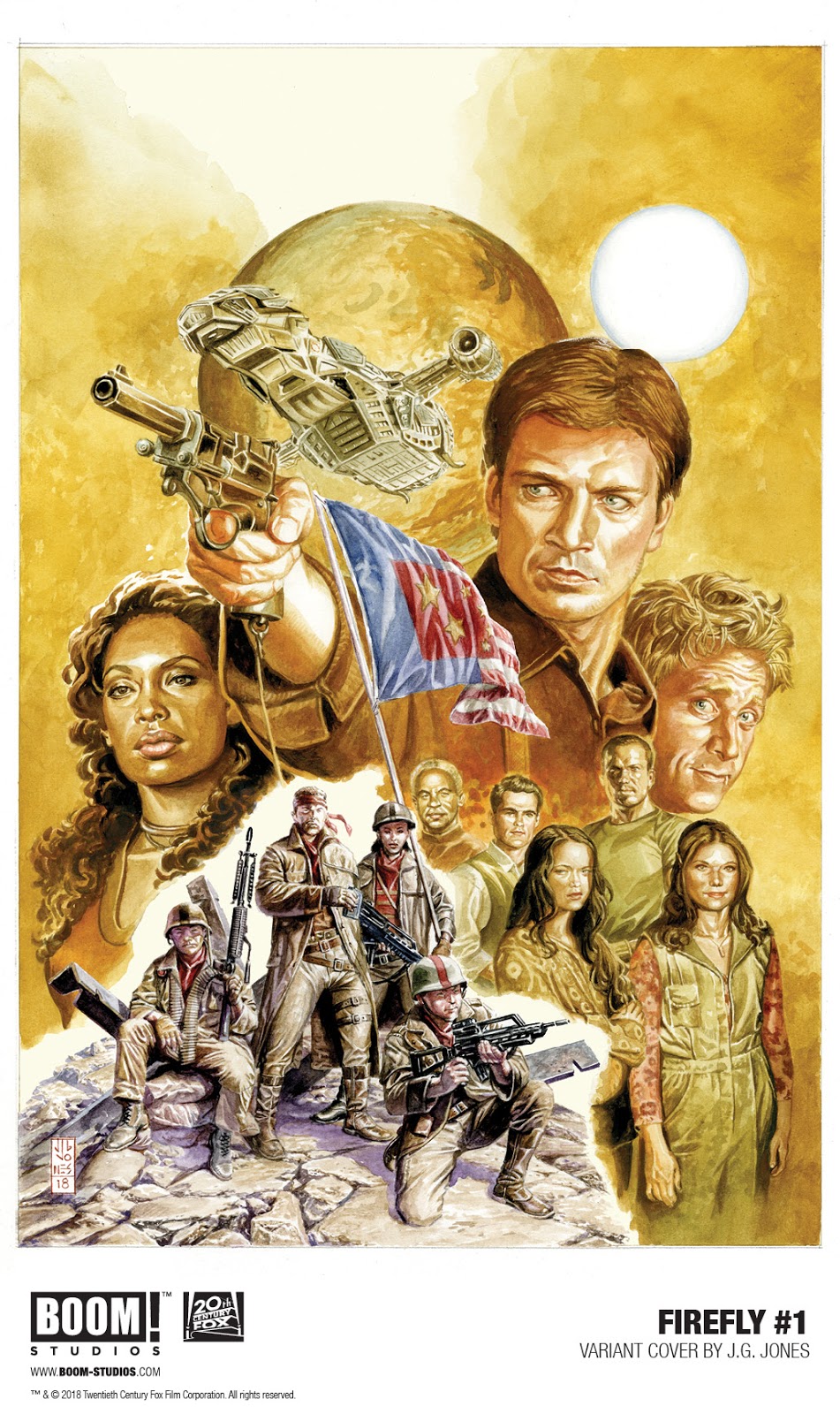