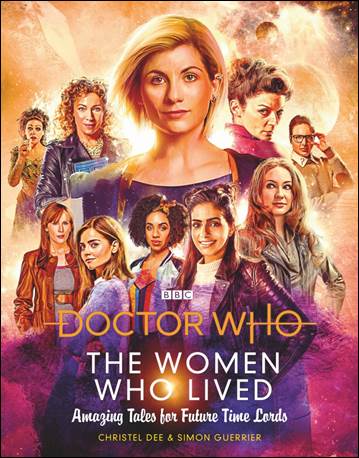 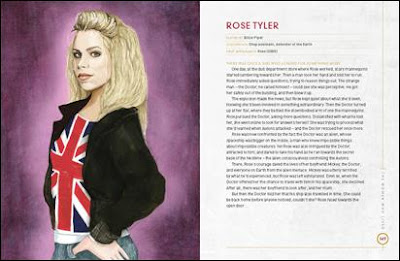 This September, BBC Books will publish Doctor Who: The Women Who Lived, a beautifully illustrated collection of inspiring tales of the women of Doctor Who. It will be the first official book published to accompany the new series, celebrating Jodie Whittaker’s debut as the Thirteenth Doctor.

Written by Christel Dee, former presenter of Doctor Who: The Fan Show, and Simon Guerrier, the book will feature more than 75 inspiring tales of remarkable women of the Whoniverse, both real and imagined. From historical figures such as Agatha Christie and Queen Victoria to fan favourites like Bill Potts and River Song, each woman has made a unique contribution to the world of Doctor Who. Whether they’re facing down Daleks or thwarting a Nestene invasion, these women don’t hang around waiting to be rescued – they roll their sleeves up and get stuck in. Scientists and soldiers, queens and canteen workers, women from outlandish science-fiction and those steeped in real history, they don’t let anything hold them back.

Illustrated throughout with specially-commissioned artwork by a team of female artists – including Gwen Burns, Valentina Mozzo, Sonia Leong, and more – the book also features new companion Yasmin, and an extended entry on the Doctor herself. 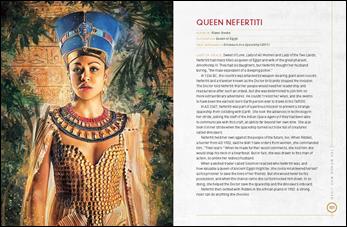 Albert DePetrillo, BBC Books Publishing Director, says ‘We thought long and hard about which book would start our publishing programme for Jodie Whittaker’s first series of Doctor Who – and Christel and Simon’s book is the perfect choice. It’s bold and fresh in its approach, it makes a strong statement, it’s beautifully written, and stunning in its design. It represents everything we love about Doctor Who, and we couldn’t be happier to be publishing The Women Who Lived on the BBC Books list.’

Christel Dee says ‘With Jodie Whittaker’s Thirteenth Doctor arriving this autumn, we thought this would be the perfect time to reflect upon the wealth of incredible female characters from Doctor Who’s 55 year history – because there are so many! We hope the stories in this book will inspire a whole new generation of fans and existing fans too.’

Simon Guerrier says ‘We hope this offers a fresh perspective on the history of Doctor Who, a chance to celebrate the richness of past episodes as well as looking forward to the series’ exciting future. I thought I knew Doctor Who backwards, but we discovered loads of new things in our research for the book.’

Christel Dee is a cosplayer, convention enthusiast and long-time Whovian. She previously hosted (and was the Assistant Producer of) award winning YouTube series Doctor Who: The Fan Show, after BBC Studios discovered her popular Doctor Who comedy sketches on collab channel FiveWhoFans in 2015 and invited her to audition. In 2017, she contributed cosplay tips to Doctor Who: Paper Dolls for BBC Books. She writes regular cosplay features for Doctor Who Magazine and is a regular contributor on their Time Team panel. She became Doctor Who's Digital Marketing Manager at BBC Studios earlier this year.

Simon Guerrier is co-author of Whographica and The Scientific Secrets of Doctor Who for BBC Books, and his other books include Whoniversal Records and Slayer Stats – The Complete Infographic Guide to All Things Buffy. He has written countless Doctor Who books, comics, audio plays and documentaries. In 2016, Simon was a guest on Front Row and The Infinite Monkey Cage on Radio 4, and with his brother Thomas, makes films and documentaries – they’re currently working on Victorian Queens of Ancient Egypt to be broadcast on Radio 3. 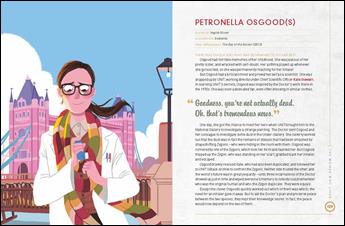